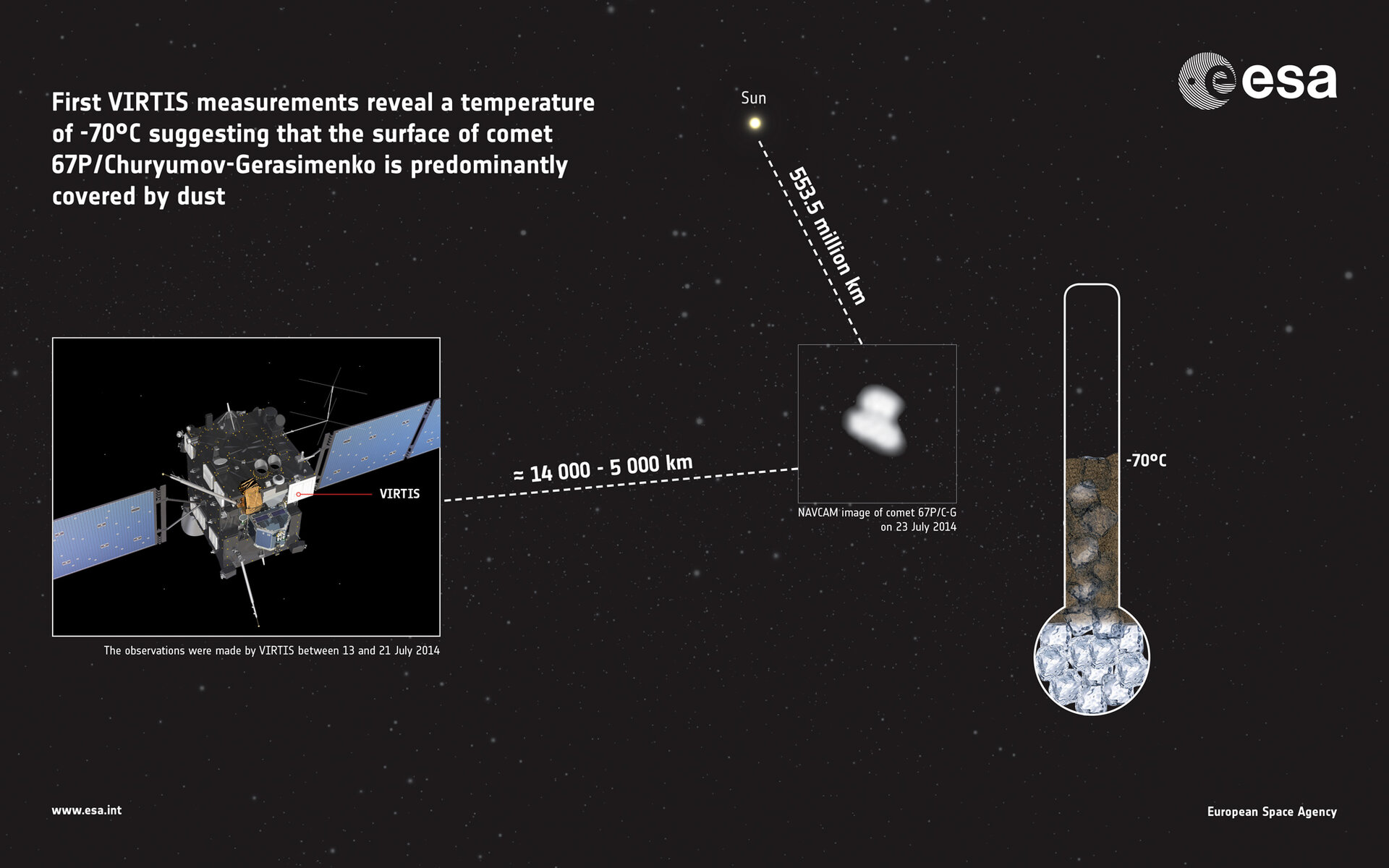 The first temperature measurements of comet 67P/Churyumov–Gerasimenko were made between 13 and 21 July, when Rosetta closed in from 14 000 km to the comet to just over 5000 km. The observations were made by the spacecraft’s visible, infrared and thermal imaging spectrometer, VIRTIS, and revealed an average surface temperature of –70ºC. This implies the surface is predominantly covered in dust rather than ice, which would yield a lower temperature. The finding does not exclude localised patches of ice. The observations were made when the comet was roughly 555 million kilometres from the Sun.