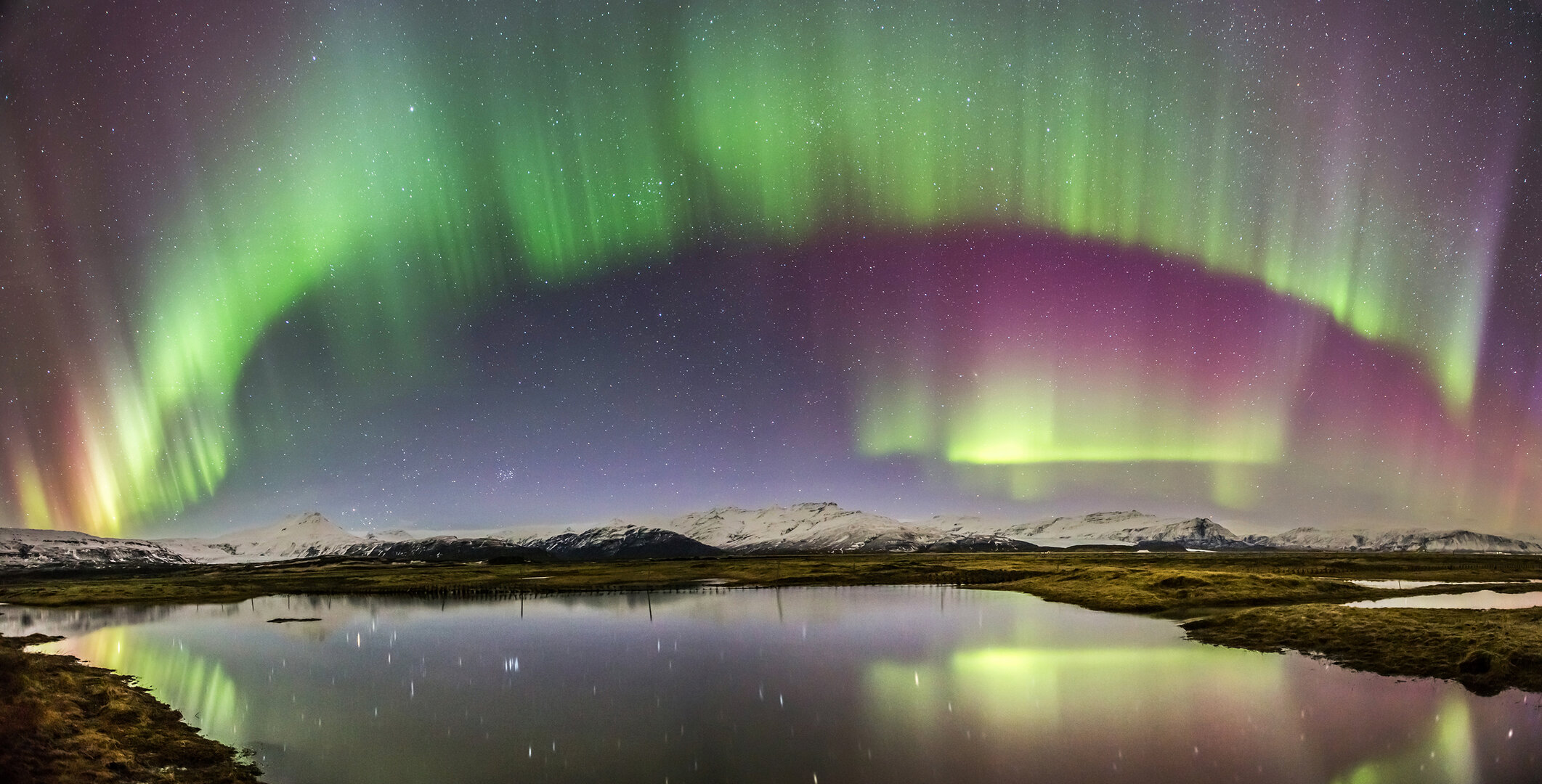 This dramatic panorama shows a colourful, shimmering auroral curtain reflected in a placid Icelandic lake. The image was taken on 18 March 2015 by Carlos Gauna, near Jökulsárlón Glacier Lagoon in southern Iceland.

The celestial display was generated by a coronal mass ejection, or CME, on 15 March 2015. Sweeping across the inner Solar System at some 3 million km per hour, the eruption reached Earth, 150 million kilometres away, in only two days. The gaseous cloud collided with Earth’s magnetic field at around 04:30 GMT on 17 March.

When the charged particles from the Sun penetrate Earth's magnetic shield, they are channelled downwards along the magnetic field lines until they strike atoms of gas high in the atmosphere. Like a giant fluorescent neon lamp, the interaction with excited oxygen atoms generates a green or, more rarely, red glow in the night sky, while excited nitrogen atoms yield blue and purple colours.

Auroral displays are not just decorative distractions. They are most frequent when the Sun's activity nears its peak roughly every 11 years. At such times, the inflow of high-energy particles and the buffeting of Earth’s magnetic field may sometimes cause power blackouts, disruption of radio communications, damage to satellites and even threaten astronaut safety. For more than a decade, ESA's quartet of Cluster spacecraft has been unveiling the secrets of this complex Sun–Earth connection.