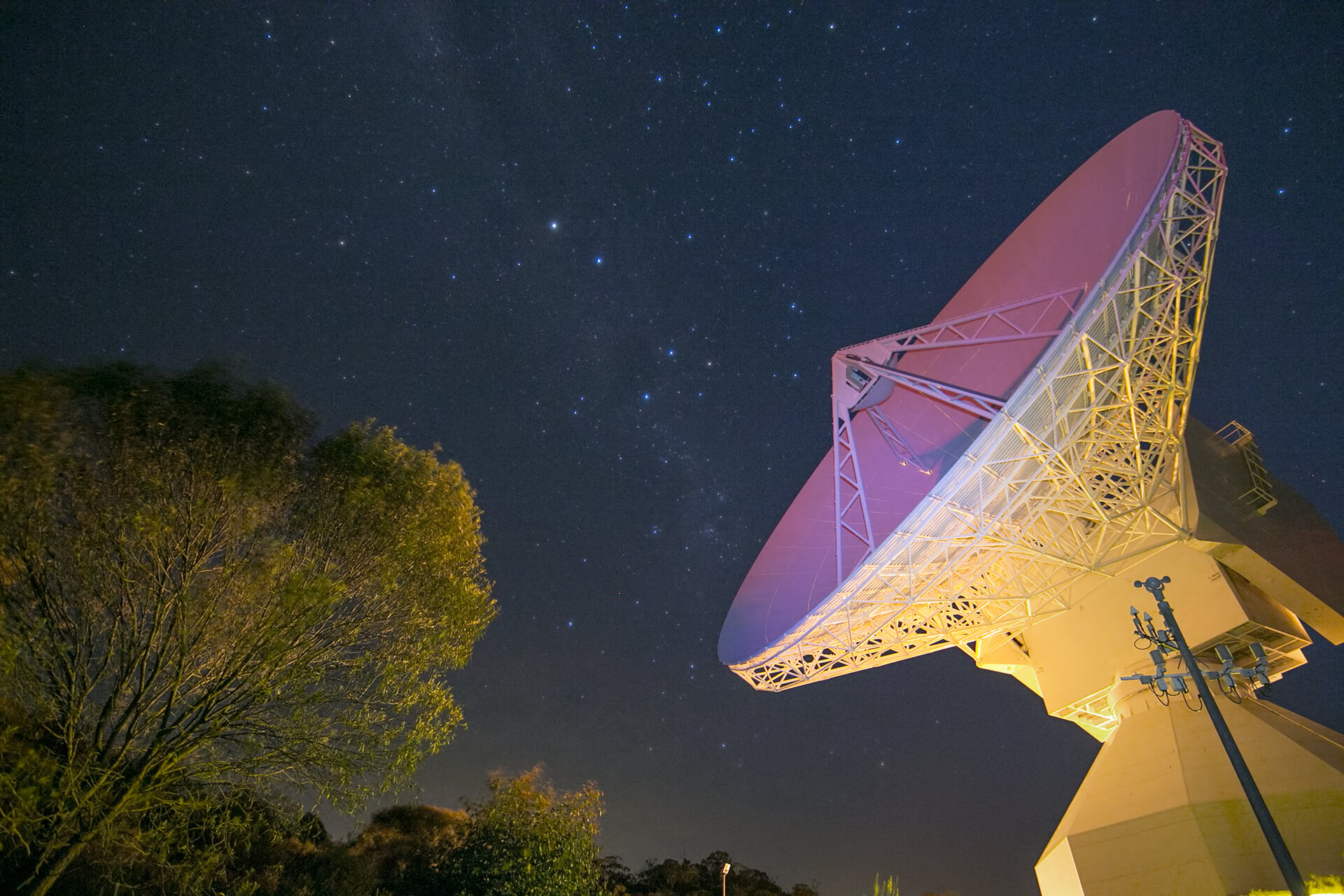 Looking up from down under

The deep-space tracking antenna provides critical communications with missions such as Rosetta, Mars Express and Gaia – all voyaging millions of kilometres away in the Solar System.

Next week, ESA will officially inaugurate a new, smaller 4.5-m satellite-tracking antenna recently built at the station (just a few hundred metres from the big dish). It can quickly and with high precision lock onto and track launch vehicles, such as Europe’s Ariane 5, Vega and Soyuz, and satellites during their critical initial orbits, up to roughly 100 000 km out.

The Agency has invited a group of social media followers to join us at the inauguration for a special, separate programme, including briefings on current and future planetary missions, deep-space communications, ground station engineering and next-generation lasers-in-space technology. Participants will also be guided on an exclusive, behind-the-scenes tour of the ground station facilities and antennas.

Follow the event online on 10 and 11 February via the official hashtag, #SocialSpaceWA