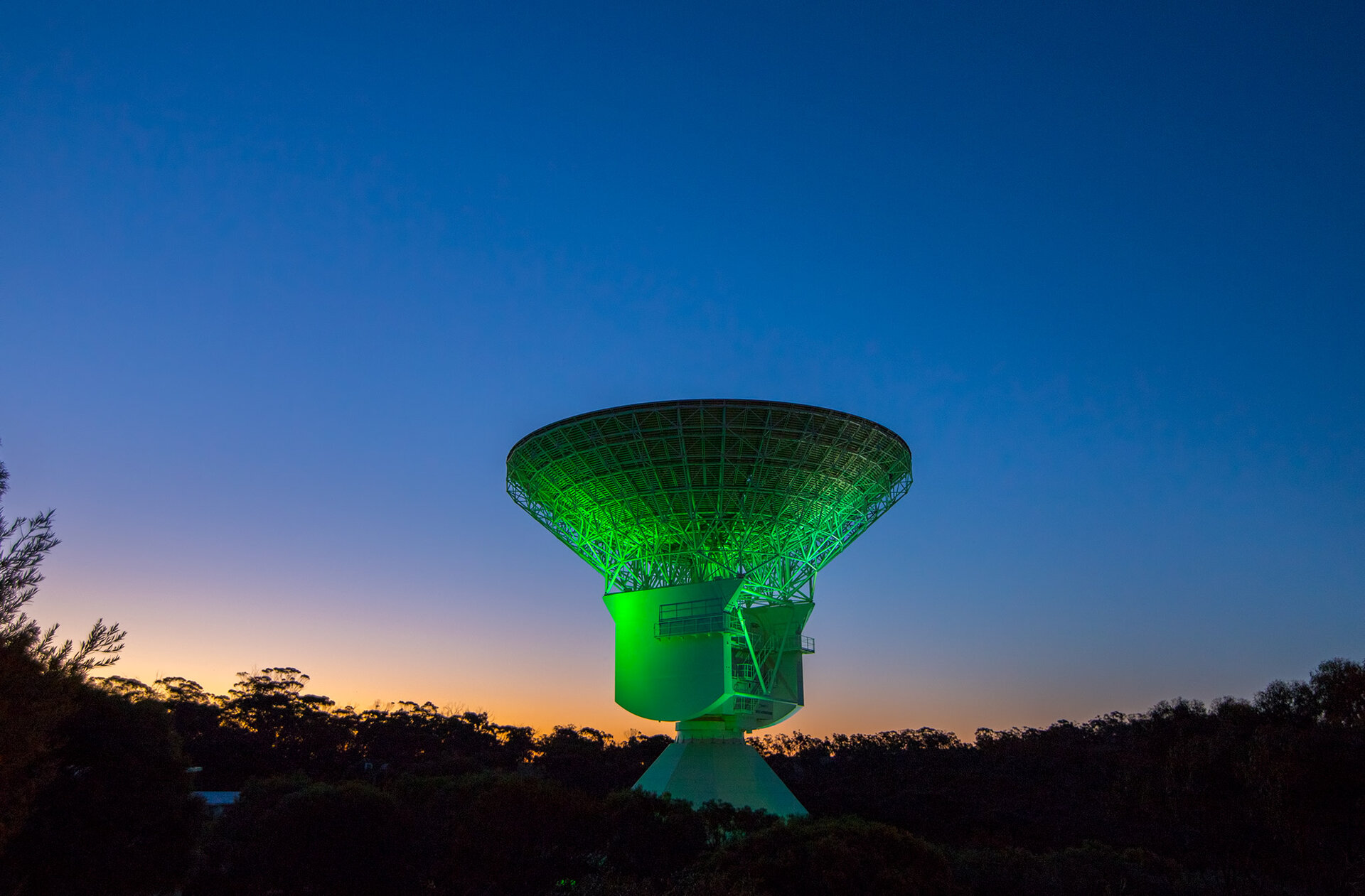 Just in time for Halloween this week: a green deep-space tracking station.

This image was taken by Byron Bay-based astrophotographer Dylan O'Donnell in October during a photo shoot at the New Norcia station, some 120 km north of Perth, Western Australia.

The ‘ghostly green’ was created by reflecting a floodlight off the station’s 35 m-diameter deep-space antenna and structure.

The station routinely communicates with spacecraft orbiting Mars as well as ESA’s Gaia and XMM observatory missions. In future, it will link up with BepiColombo at Mercury and the Euclid astronomical observatory.

Since August, the station has been operating in part on a new solar power system, which, together with a local water recycling system, is helping to boost the station’s sustainability and reduce its environmental impact.