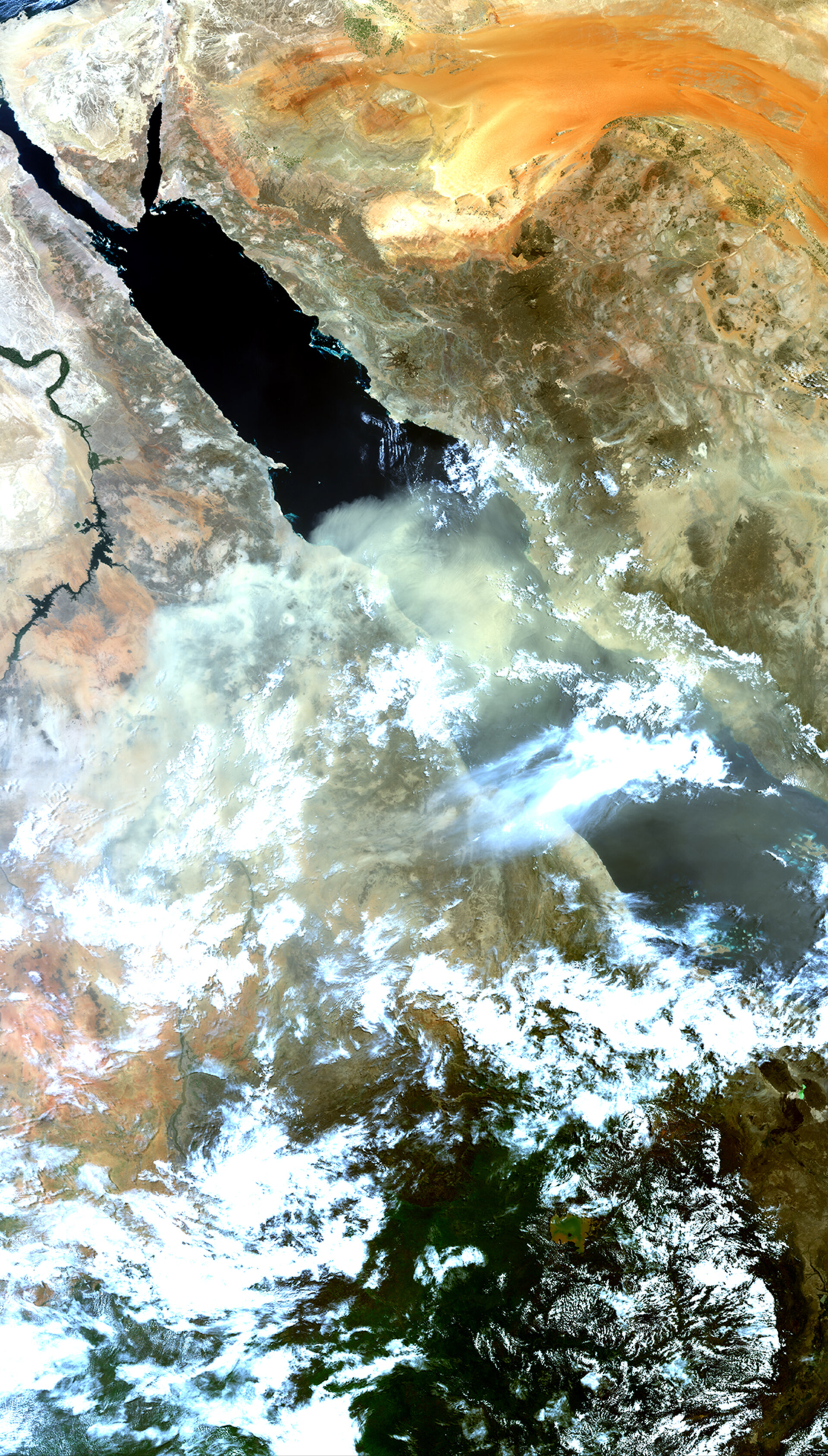 Dust storm over the Red Sea

The Sentinel-3A satellite caught this image of a dust storm blowing east across the Red Sea on 25 July 2016.

Dust storms, or sandstorms, are usually the result of a large mass of cold air moving swiftly across dry ground covered with loose sand and silt. They are remarkable natural phenomena that can cause major ecological and agricultural damage.

Dust storms can be a major contributor to reduced air quality and can cause hazards to human health. Windborne dust particles can invade our respiratory system’s natural defences and lodge in the bronchial tubes, increasing the number and severity of asthma attacks, causing or aggravating bronchitis and reducing the body’s ability to fight infections.

Other visible features include the Nile River on the upper left side of the image, and the orange sands of the Arabian Desert in the upper right.

Sentinel-3 carries a suite of instruments to monitor Earth’s oceans, land, ice and atmosphere for Europe’s Copernicus programme. This image was captured by the Ocean and Land Colour Instrument.