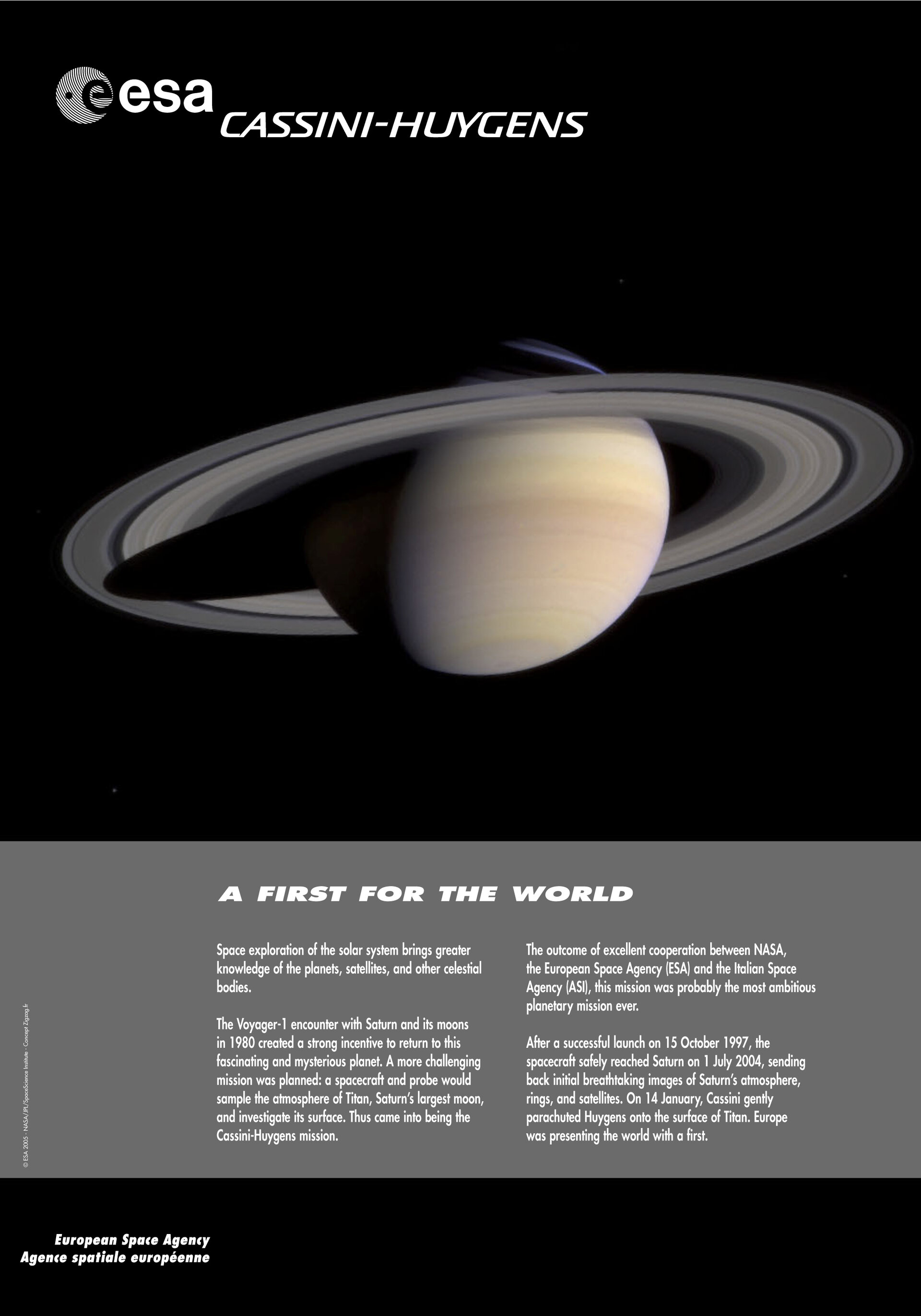 A first for the world

Space exploration of the solar system brings greater knowledge of the planets, satellites and other celestial bodies.

The Voyager-1 encounter with Saturn and its moons in 1980 created a strong incentive to return to this fascinating and mysterious planet. A more challenging mission was planned: a spacecraft and probe would sample the atmosphere of Titan, Saturn’s largest moon, and investigate its surface. Thus came into being the Cassini-Huygens mission.

The outcome of excellent cooperation between NASA, the European Space Agency (ESA) and the Italian Space Agency (ASI), this mission was probably the most ambitious planetary mission ever.

After a successful launch on 15 October 1997, the spacecraft safely reached Saturn on 1 July 2004, sending back initial breathtaking images of Saturn’s atmosphere, rings, and satellites. On 14 January, Cassini gently parachuted Huygens onto the surface of Titan. Europe was presenting the world with a first.