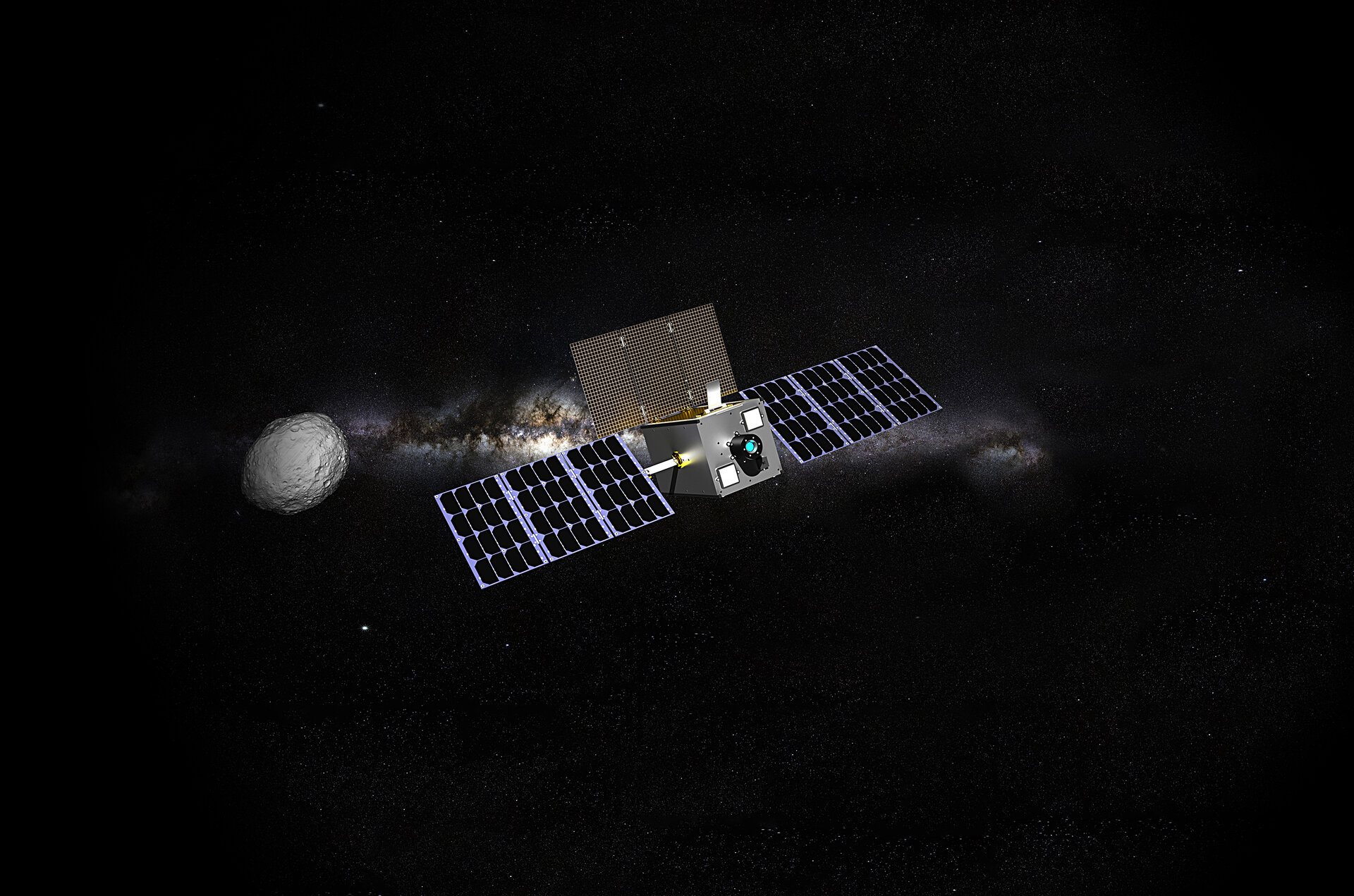 Studied in the Concurrent Design Facility, ESA’s highly networked facility for designing novel missions, the ‘Miniaturised Asteroid Remote Geophysical Observer’, or M-Argo, is a nanospacecraft based on the CubeSat design employing standardised 10 cm cubic units within which electronic boards can be stacked and subsystems attached.

M-Argo would be a 12-unit CubeSat – with a 22 x 22 x 34 cm body – that would hitch a ride on the launch of a larger space mission whose trajectory takes it beyond Earth orbit, such as astronomy missions to a Sun–Earth Lagrange point.

The CubeSat would then use its own electric thruster to take it into deep space and rendezvous with an asteroid, which it would survey using a multispectral camera and a laser altimeter. Other miniaturised payloads are also being considered.

ESA’s Advanced Concepts Team has identified a total of 83 near-Earth asteroids suitable for a CubeSat rendezvous. The study prioritised spinning bodies of around 50 m diameter as a never-before explored class of asteroid, although the target list also includes larger bodies of up to 300 m.

“For now, M-Argo is just a concept, but provides us very valuable information about technology developments that we need to put in place for a flight demonstration in the near future,” comments Roger Walker, overseeing ESA’s Technology CubeSats.

“It would cost around a tenth of the smallest deep-space mission to date, democratising space exploration beyond Earth, bringing it into the reach of new actors, in the same way low-Earth orbit has already been opened up by CubeSats.

“Each time we survey a new asteroid, our understanding of these small bodies has been transformed. With such a cost reduction, we could send 10 to 20 CubeSats to scout different asteroids and build up a wide survey of the near-Earth population, getting to know the neighbours better for the purposes of science and identifying potential in-situ resources for future exploitation.”

The next step is to undertake supporting research and development through ESA’s General Support Technology Programme, which is tasked with developing promising technologies for space, and identifying a suitable piggyback launch opportunity.

To become reality, M-Argo would require miniaturised solar electric propulsion, a flat array antenna to boost radio signal gain and an X-band transponder to support communication and ranging to the ground stations back on Earth, as a means of deep-space navigation.