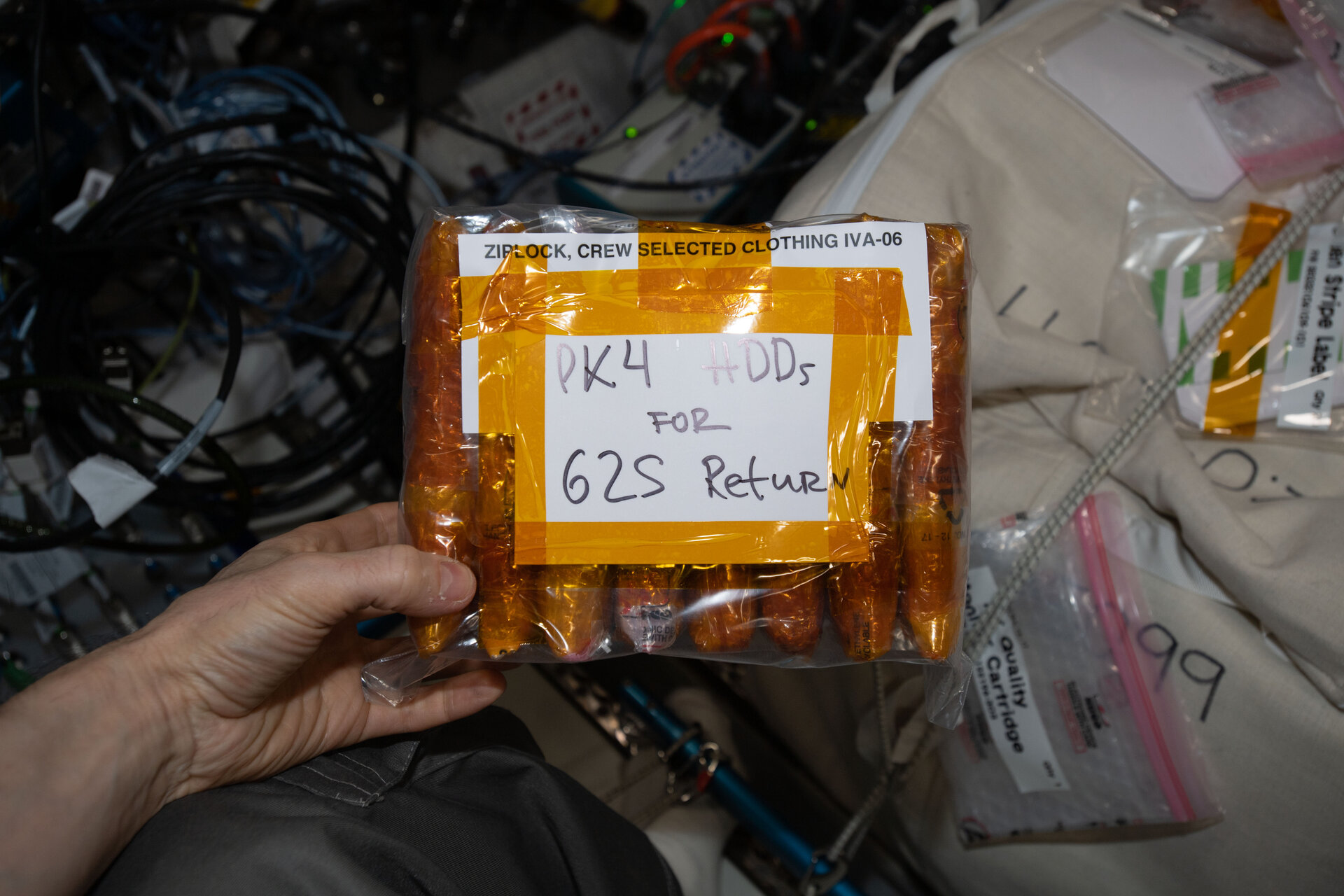 Following the completion of its 10th International Space Station campaign, data from European-Russian experiment Plasma Kristall 4 (PK-4) is packed for return to scientists on Earth.