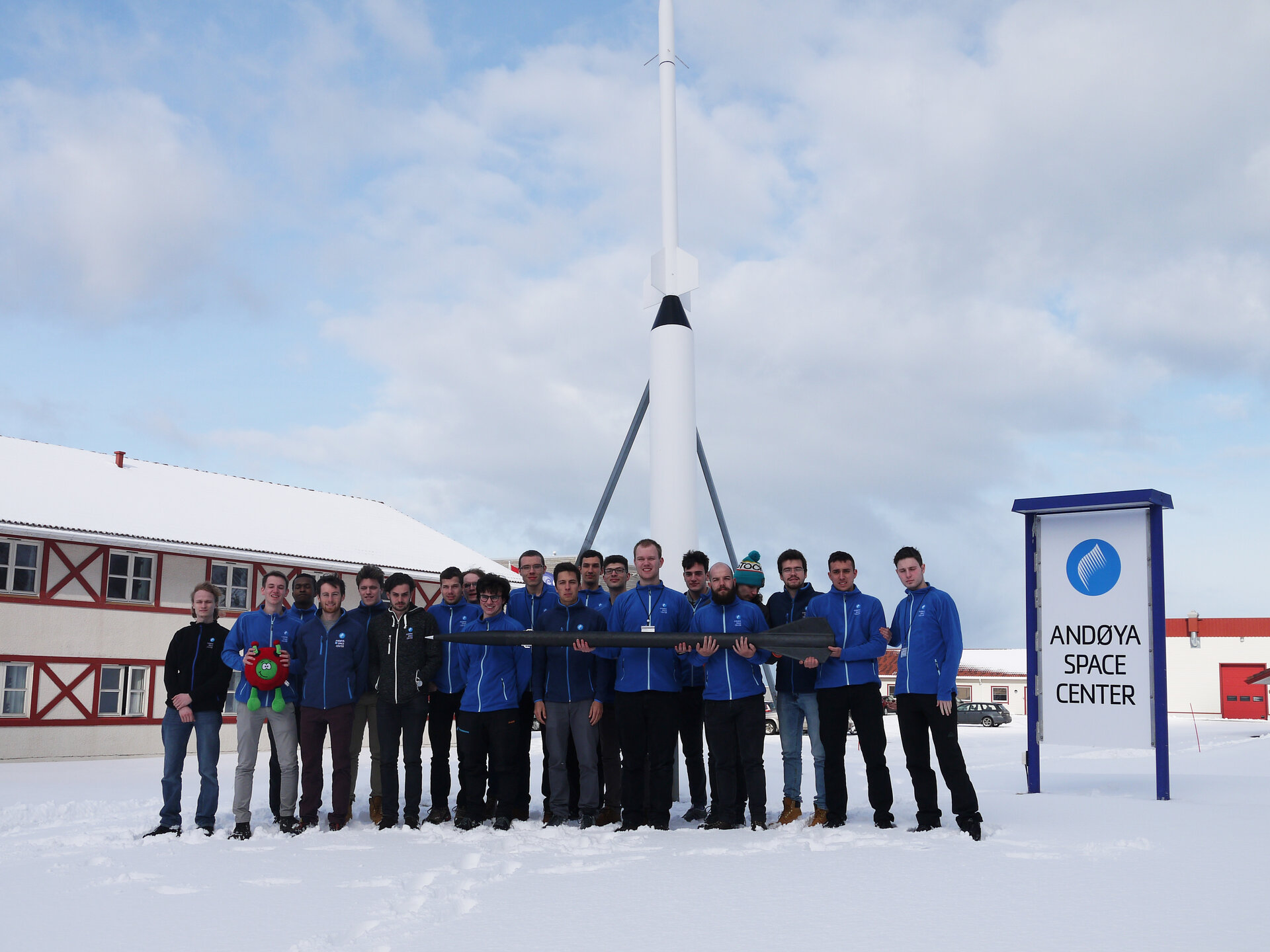 The Fly a Rocket! programme offers the chance to University students early in their studies to learn about rocketry and to have the chance to launch their very own rocket from Andøya Space Center.

This programme is realised in partnership with Andøya Space Education and the Norwegian Space Agency (Norsk Romsenter).

The Fly a Rocket! programme is designed with early bachelor students in mind, and aims to give an introduction to the space industry, ESA, the Norwegian efforts in space and, of course, rocketry!

Unlike other hands-on programmes the Fly a Rocket! programme is for individuals rather than teams, and successful applicants will participate in an interactive online course, managed by Andøya Space Education, during which they will learn about rocket engines and dynamics, satellites orbits and details about Andøya Space Education’s very own student rocket!

Following the course students are invited to participated in their own launch campaign at Andøya Space Center in Northern Norway, where they will, as part of a team, build verify and launch their own student rocket! After the launch, participants will work together to analyse the results of the flight and to produce a final report to deliver to ESA.

The Fly a Rocket! programme is aimed at bachelors level students early in their studies and will give them an introduction into space science and technology, While an understanding of some higher-level mathematics is required, candidates need not necessarily be from an aerospace background, however they should show, and demonstrate a strong interest in the space industry, space science or technology.