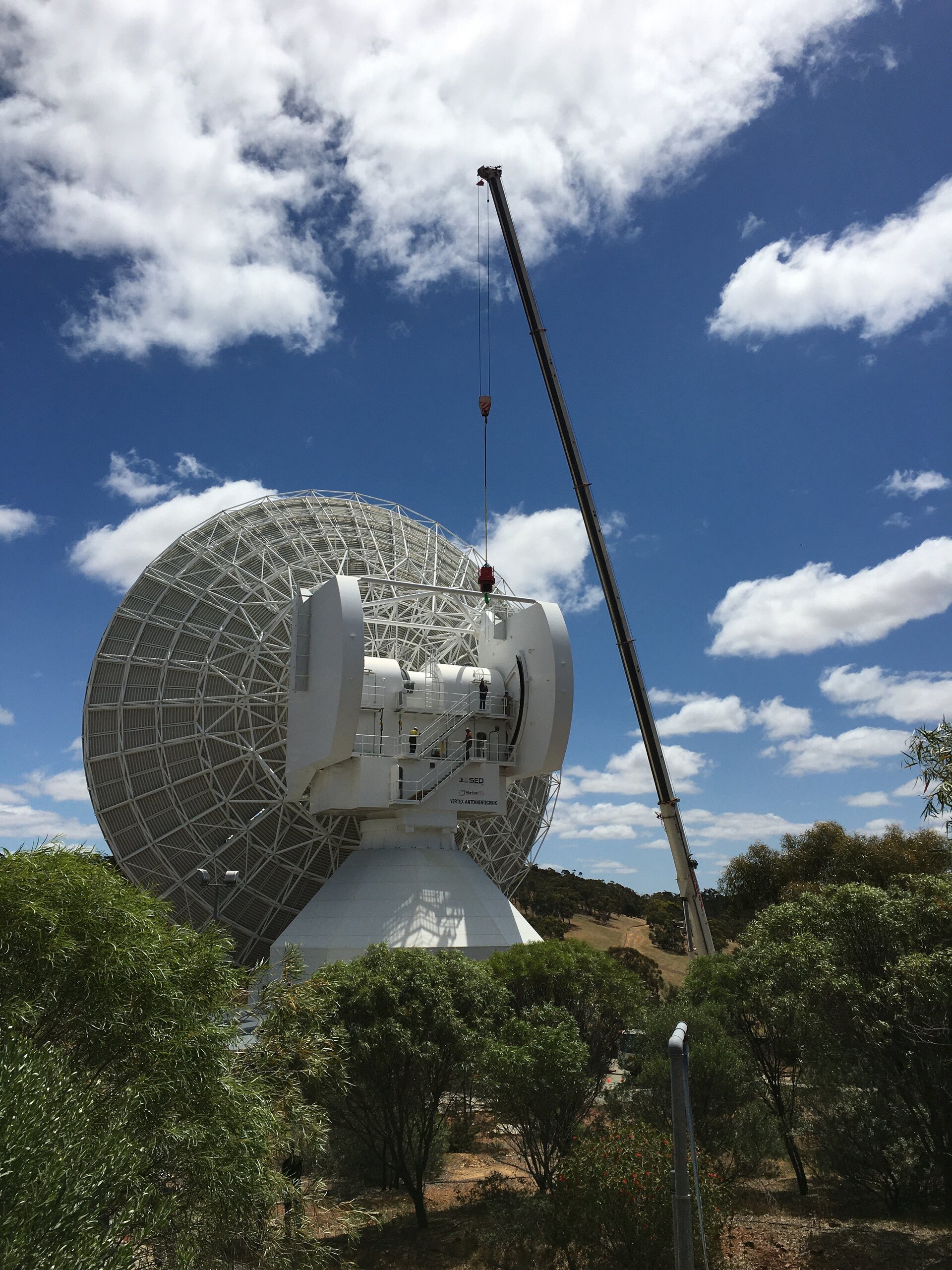 Large antennas are our only current way of communicating through space across vast distances, and every now and then they need to be spruced up to ensure we can keep in touch with our deep-space exploration spacecraft.

Early this November, ESA’s Deep Space Antenna in New Norcia, Australia, was subject to major maintenance, with a wide range of updates implemented to keep it in pristine order.

To communicate with ESA’s fleet of spacecraft, the position of the antenna needs to be controlled with high accuracy. The huge 35-metre diameter construction relies on gearboxes to alter its position, offering sweeping views of every inch of the sky – and it was time these were replaced.

Australia’s national science agency, CSIRO, has been responsible for day-to-day operational support and maintenance at the New Norcia station since June 2019.

“It was wonderful watching the elevation and azimuth gearboxes being swapped out, in a perfectly choreographed operation using heavy duty chain hoists and a large crane,” describes ESA’s Andreas Scior, responsible for the upgrade activities.

“This was the first time such an operation was conducted on an ESA deep space antenna, and despite its complexity, all involved teams managed to conduct the activity smoothly returning the antenna to service within just a week.”

Scheduled maintenance of high-tech equipment also took place while the antenna power was off, as well as a series of frequency and timing enhancements, an upgrade of data routers and the installation of a new safety rail.

The timing was perfect, as CSIRO and ESA staff could give Governor Beazley a full tour of the facilities – showcasing the cooperation at New Norcia between the Australian Space Agency and ESA.

What are we looking at?

The New Norcia station in Western Australia is one of three deep-space dishes in ESA’s ESTRACK network.

You can now find out which spacecraft these antennas are talking to at any moment, as well as other dishes in the network, with ESTRACK now. For more information, check out the ESTRACK now guide, here.