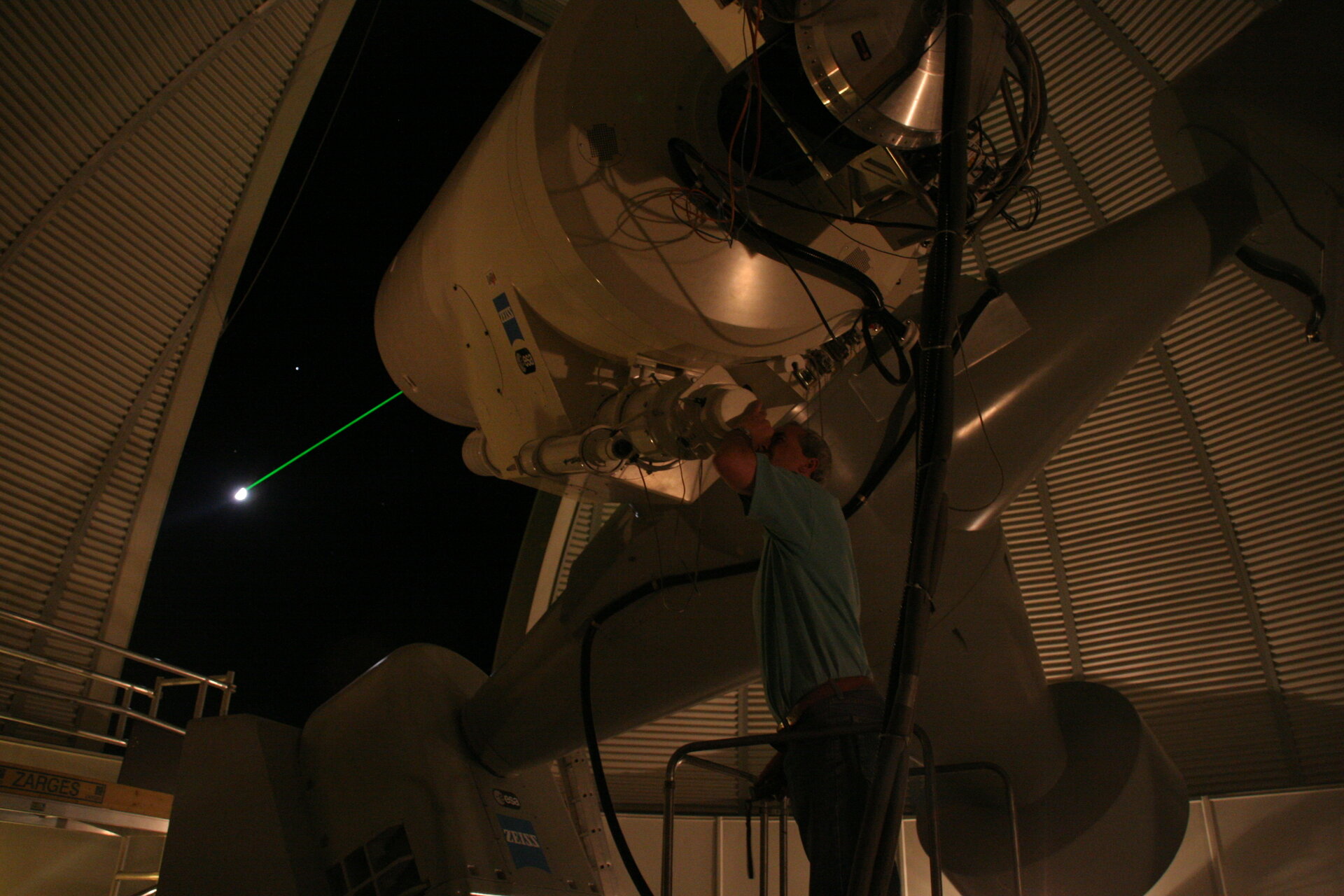 In 2013, a NASA satellite will beam digital signals to an ESA receiving station fast enough to stream dozens of movies at once. The test will help to demonstrate the readiness of next-generation optical links for future data-intensive deep-space missions.

But if all goes as planned next year, ESA will help to demonstrate that communication at optical wavelengths from ground to space and back is a mature – and very fast – technology and ready to be used in upcoming missions around Earth and in the Solar System.

The joint ESA/NASA activity is part of NASA’s Lunar Laser Communication Demonstration (LLCD) project, which will use a new optical terminal flying on NASA’s Lunar Atmosphere and Dust Environment Explorer – LADEE – spacecraft to communicate with a trio of stations on Earth.

“In 2001, the world’s first spacecraft-to-spacecraft laser communication demonstration was performed by ESA, and a second-generation laser communication system will be deployed in 2013 on Alphasat and, starting from 2015, on the European Data Relay Satellite system,” says Zoran Sodnik, manager for ESA’s Lunar Optical Communication Link project.

“Now, we want to confirm the effectiveness of laser communication from the Moon through Earth’s atmosphere to ground and back.

“This will show that optical communication technology is ready for future science and exploration missions that need improved capacity to transmit valuable scientific data, while reducing onboard resources.”

Communication by optical laser promises to reduce the mass and volume needed for onboard receiving/transmitting equipment, and can provide data rates many times faster than possible with traditional radio frequencies.

NASA’s LADEE spacecraft, to be launched to the Moon in 2013, will transmit laser signals to two NASA stations, one in California and one in New Mexico, and to ESA’s Optical Ground Station (OGS), in Tenerife, Spain.

“The LLCD mission, using both NASA and ESA optical ground stations, is also a demonstration of the value of cross-agency support for optical communications as recommended by the Optical Link Study Group,” says John Rush, at NASA’s Office of Space Communication & Navigation.

The OLSG, a subcommittee of the Interagency Operations Advisory Group (see link at right), is co-chaired by ESA and NASA and is developing guidance for the standardisation of optical communication that will enable future cross-support services among international space agencies.

The group has found that in order to reach high levels of optical data transfer reliability, multiple ground stations with diverse geographic locations will be necessary in order to deal with cloud obscuration (when one station is clouded over, another can take over).

“Due to the high cost of multiple ground stations, sharing among space agencies will speed the introduction of optical communication technology in our space missions,” says Mr Rush.

In autumn 2013, test data will be transmitted through the atmosphere to the receiver on LADEE and back by a beam of infrared light at 1550 nm wavelength using new modulation and coding techniques.

ESA’s Tenerife station will be equipped with upgraded pointing, acquisition and tracking equipment, since laser signals travel along a very narrow beam path and must be pointed very accurately, and with a novel optical receiver developed for the Agency by Switzerland’s RUAG Space.

The new optical receiver will be tested at a RUAG facility in January 2013 and installed at Tenerife next March. LADEE launch is planned for mid-2013, and the first laser link tests are scheduled about four weeks after lunar orbit entry.

Optical data communication working from ground through the atmosphere to space and back is ready to support future missions.

“We aim to show that optical data communication working from ground through the atmosphere to space and back is ready to support future missions.”