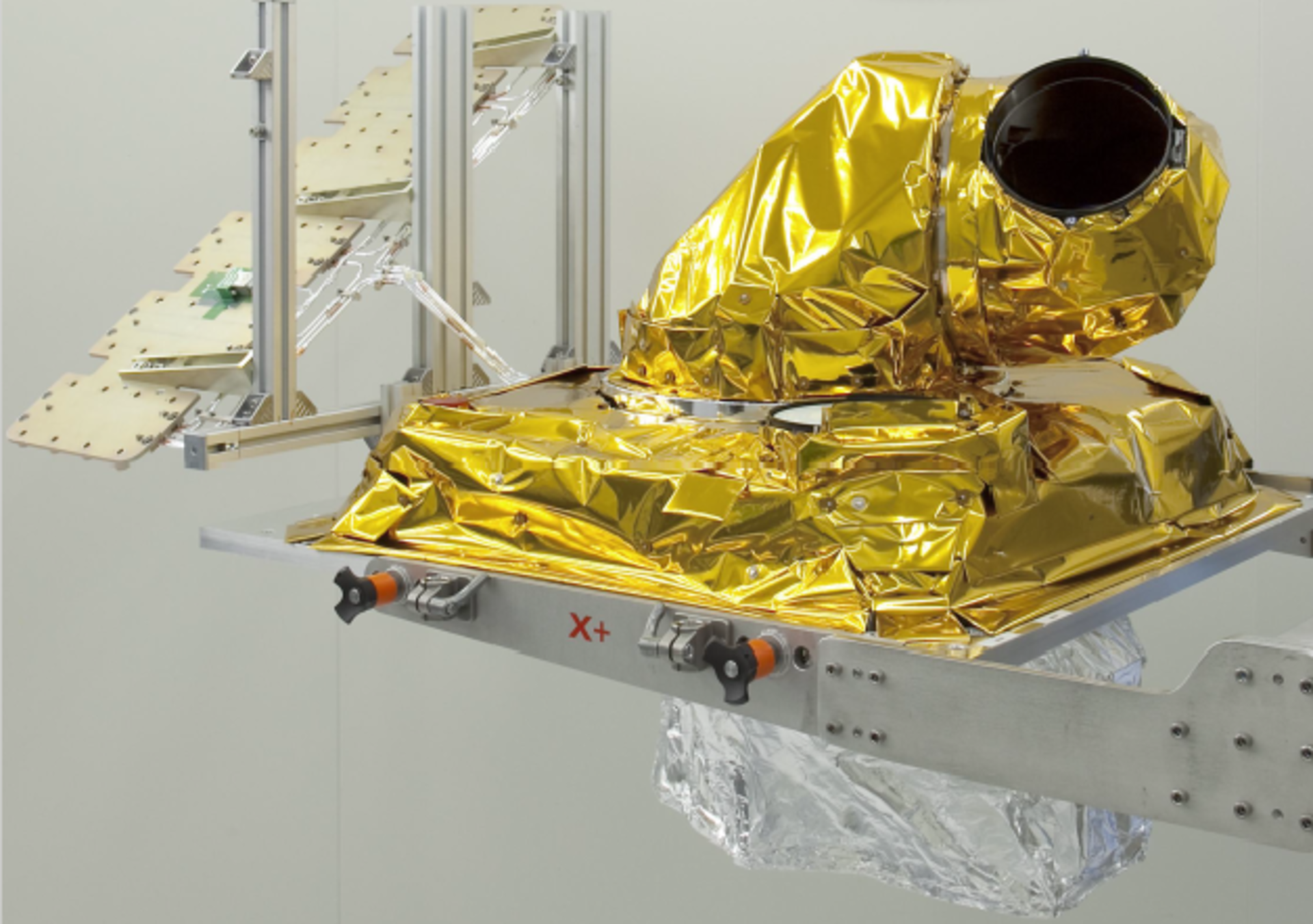 It’s not only superheroes from long ago in a galaxy far, far away who can harness the power of lasers. Thanks to human ingenuity and European industry, advanced laser technology providing ultra-fast and highly secure data relay will start operation in space next year.

A laser communications payload has now been integrated on the Alphasat satellite. It combines a laser terminal and a high-speed downlink to route torrents of data from low-orbiting satellites to ground stations via Alphasat.

It is unprecedented that such a high-speed laser link between low orbit and geostationary orbit will be validated under operational conditions in space.

The data relay operational scenario offers time data access and significantly increased link durations from low-orbit satellite to ground. Together with the high data rate, this boosts the data transfer capability into a new dimension.

The laser communication terminal is able to acquire and track laser signals from its counterpart up to 50 000 km away and with relative velocities to each other of up to 40 000 km/h. Once locked on, the full-duplex data link between the two laser terminals continues until the low-orbit satellite disappears behind Earth.

The major advantage of laser terminals over conventional radio payloads is their very high data rate – 1.8 Gbit/s in this case – and the unique point-to-point contact that makes interference with other users almost impossible.

The laser terminal arrived on 3 May in Toulouse, France, from Backnang, Germany, and has now been bolted to the Earth-facing part of Alphasat.

It is a precursor of the laser system that will be used operationally in the European Data Relay System, planned for launch in 2014–15.

Developed by Tesat Spacecom in Germany under DLR German space agency contract in coordination with ESA, the laser terminal includes key technologies from Ruag of Switzerland developed under ESA contract with support from the Swiss Space Office.

Alphasat is being built in partnership between ESA and European operator Inmarsat by Astrium. It is the first satellite to use Alphabus, the new European high-power telecommunications platform jointly developed by Astrium and Thales Alenia Space under a joint contract from ESA and the French space agency, CNES.

Alphasat is scheduled to be launched in early 2013.