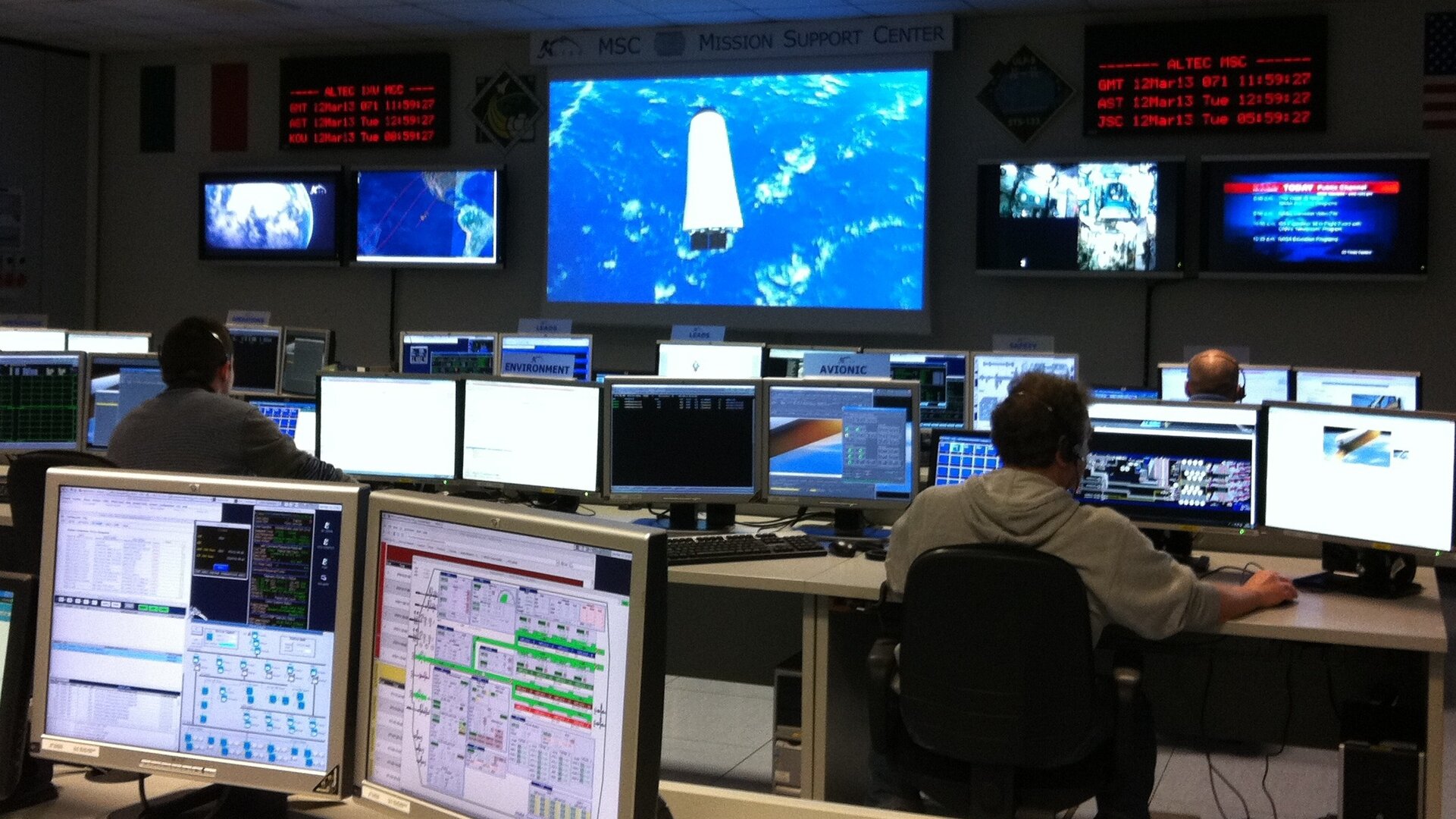 During its brief but crucial mission, experts on three continents and the high seas will work in close cooperation for ESA’s IXV spaceplane mission, monitoring its free flight in space, spectacular reentry and safe splashdown in the Pacific.

On 11 February, ESA’s Intermediate eXperimental Vehicle (IXV) will be released into a suborbital path by a Vega rocket launched from Kourou in French Guiana.

The wingless spaceplane will soar to 412 km, then return as though from a low-orbit mission, making a safe splashdown in the Pacific.

During its 100-minute hypersonic and supersonic flight, it will test crucial new European reentry technologies.

After IXV separates from Vega, around 18 minutes after launch, experts not only in French Guiana but also in Europe, Africa and on a recovery ship in the Pacific will be responsible for the mission, working together to monitor the craft throughout its data-gathering flight.

“An extraordinary team of engineers from ESA’s space operations centre, ESOC, in Darmstadt, Germany, will work at the IXV Mission Control Centre, MCC, in Italy, the tracking stations in Africa and on board the recovery ship,” says project manager Giorgio Tumino, who will also sit ‘on console’ as Mission Director during the flight.

“Their expertise and contributions are indispensable for ensuring reliable operation of our ground systems.”

As for any ESA mission, the ‘ground segment’ comprises the mission control systems, data networks and tracking stations that support a spacecraft in flight.

The focus of activity on flight day will be the MCC, housed at the Advanced Logistics Technology Engineering Centre, in Turin, Italy, which will coordinate the entire ground segment, including the 10 m-diameter dishes in Libreville (Gabon) and Malindi (Kenya), and the tracking antenna on the recovery ship, Nos Aries.

After separating from its carrier at an altitude of about 340 km, IXV will begin sending signals to be picked up first by the Libreville station around 18 minutes into flight.

“This first slice of telemetry will give an update on IXV status and enable us to make refined calculations of the remaining trajectory and splashdown coordinates,” says Gerhard Billig, IXV operations director and responsible for the overall functioning of the ground segment.

The vehicle is fully autonomous, and during its flight will carry out a programmed set of manoeuvres using its dual flaps and four 400 N thrusters, while recording data from multiple pressure, temperature and acceleration sensors as well as an infrared camera.

The flaps also automatically stabilise and manoeuvre the craft during the scorching reentry.

The next critical step occurs just after 23 minutes, when the Malindi station picks up signals as Libreville loses contact owing to Earth’s curvature. This radio pass lasts about 11 minutes, and then Malindi, too, will lose radio contact.

The craft will reach its peak altitude of about 420 km – higher than the International Space Station – around 32 minutes after liftoff, and then begin arcing downwards in a ballistic free fall towards Earth.

“This is when the entire ground team will be most anxious, as we’ll hear nothing from IXV once the Malindi pass ends until after it emerges from reentry, since signals are blocked by the hot plasma surrounding the vehicle as it plunges through the ionised atmosphere,” says Giorgio.

Meanwhile, in the Pacific Ocean, slightly north of the equator and about 25 km from the target splashdown spot near 3°N / 123°W, the antenna on the recovery ship will be pointing at IXV’s expected trajectory and listening for ‘AOS’ – acquisition of signal. Hearing it will indicate that reentry has gone well.

AOS is expected as soon as blackout ends, around 82 minutes after launch, and the ship station will immediately receive and record the craft’s stored data, and begin monitoring the remaining critical flight activities, including ejection of the panel covering the parachute assembly, ejection and inflation of the multi-stage parachute, and splashdown.

Throughout the flight, the Nos Aries, MCC in Turin and the Launch Control Room in Kourou will stay in contact with each other and with IXV via the ground stations using voice and data through cable links and Inmarsat satellites.

“This enables the IXV mission director and all ground team members to maintain voice and data contact, see the telemetry transmitted from IXV and work together as a single team,” says Gerhard.

Developing, building up and testing the ground systems, and testing the links between the various locations, have taken more than two years of intense effort, all focused on just a single day.

“While it’s only a 100-minute mission, we have benefited from the demanding standards of engineering and system design that we apply to larger, longer ESA missions, ” says Giorgio.