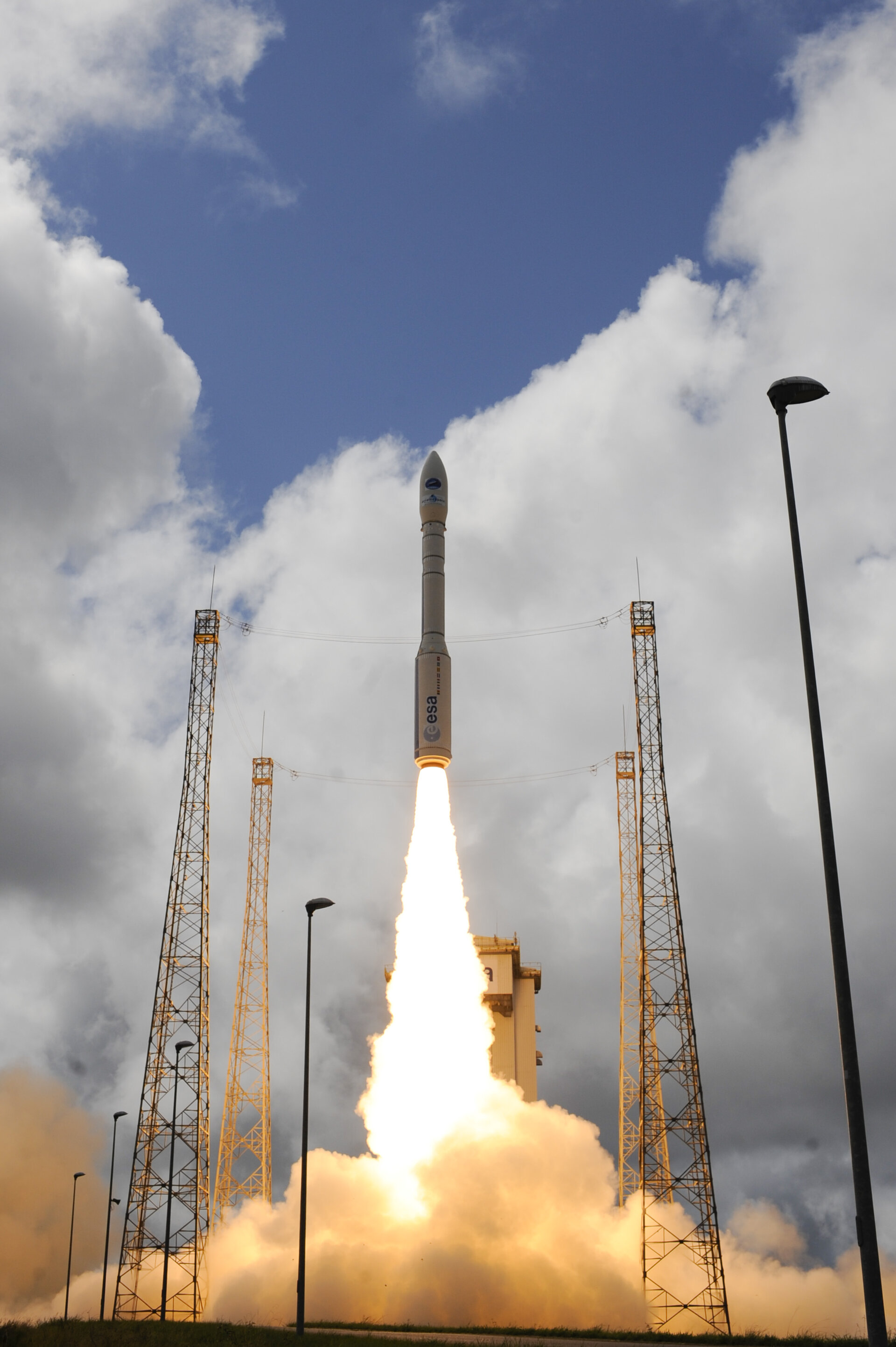 Vega joined the family of launch vehicles at Europe’s Spaceport in French Guiana in 2012. It has demonstrated impressive capabilities ranging from equatorial to Sun-synchronous orbits, from orbital to suborbital missions, from single to multiple payloads.

Unlike most small rockets, Vega is able to lift payloads ranging from a single satellite up to one main satellite plus additional small satellites and place them into separate orbits on a single mission. This has made reaching space cheaper, quicker and easier.

Vega is designed to deliver about 1500 kg into a 700 km-altitude circular orbit at 90° inclination. This makes Vega the ideal launch vehicle for most scientific and Earth observation missions. Launching into an equatorial orbit enabled Vega to carry the maximum payload capacity of 2 tonnes with ESA’s experimental IXV spaceplane.

Vega is a 3 m-diameter single-body vehicle, standing 30 m tall with a liftoff mass of 137 tonnes. It has three solid-propellant stages and a liquid-propellant upper module for attitude and orbit control as well as satellite release.

Vega officially became an ESA programme in June 1998, when the Agency inherited the small-launcher programme of Italy’s ASI space agency.

Following Vega’s debut on 13 February 2012, ESA ensured a smooth transition of Vega from development to exploitation. This included securing the initial exploitation of Vega by supporting the development of complementary technical advances and demonstrating a range of capabilities and flexibility over five more launches.

At the same time, ESA refined and improved the launch system configuration and operations. This lowered costs mainly by speeding up the launch campaign.

The Vega launches in 2015 (IXV, Sentinel-2A and LISA Pathfinder) displayed the capacity of the system to reach three missions per year, providing confidence to customers and helping Arianespace to maintain its lead in this market segment.

Vega-C, a more powerful version of Vega with a larger fairing is set to debut in 2021. It shares the same P120C motor with Ariane 6 reducing recurring costs and allowing launches to remain at a similar cost to Vega. It will use a range of payload carriers for different shapes and sizes of payloads from 1 kg to 2300 kg.

Future evolutions of the Vega launch system will further increase competitiveness beyond 2025 offering a family of configurations based on common building blocks. These activities run in parallel with Vega-C developments.