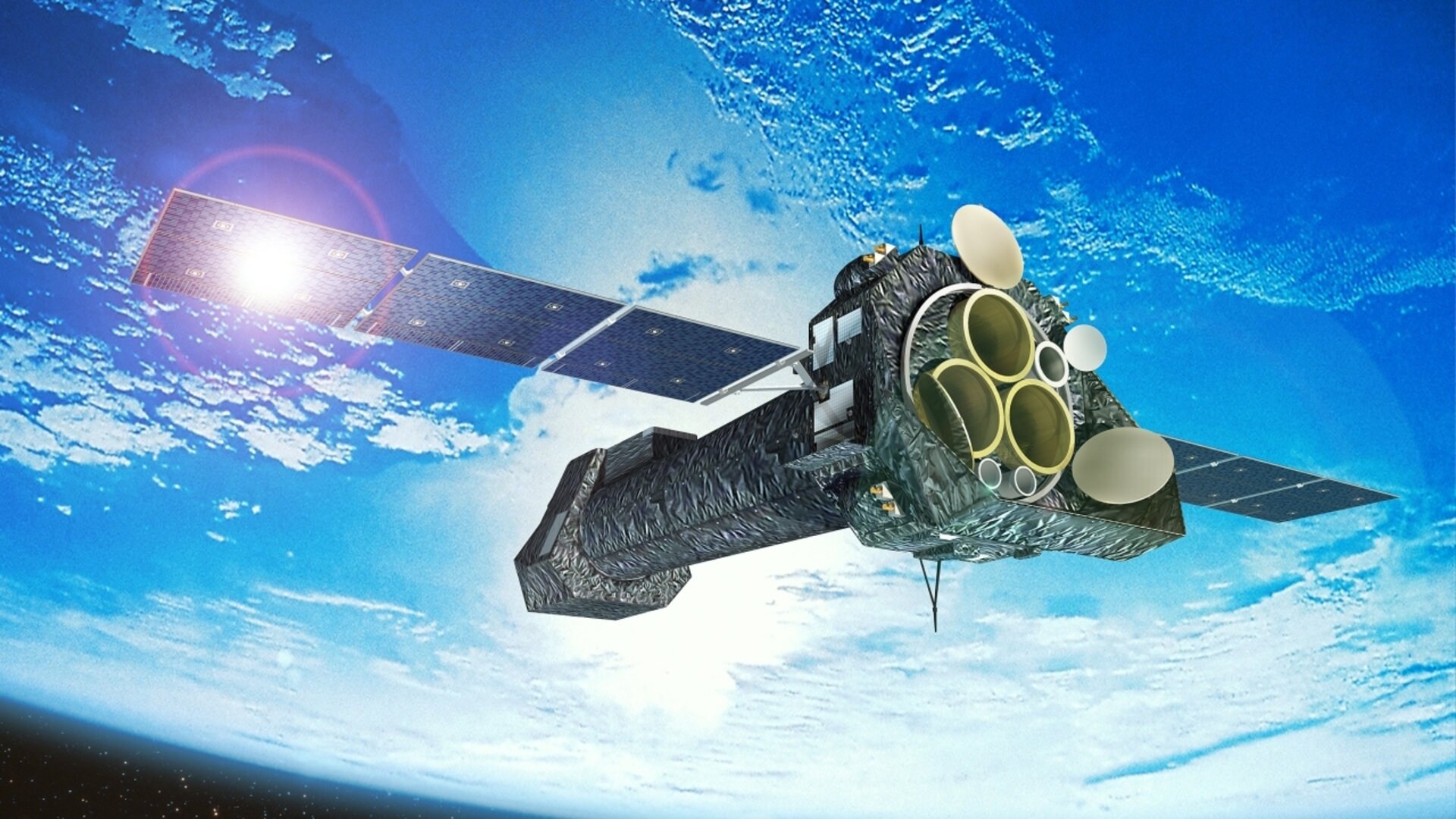 XMM-Newton is one of Europe’s longest-flying and most productive orbiting observatories, investigating the hot X-ray Universe. Thanks to teamwork and technical innovation, it’s on track to keep flying for a long time yet.

Launched 17 years ago, ESA’s orbiting X-ray telescope has helped scientists around the world to understand some of our Universe’s most mysterious events, from what happens in and around black holes to how galaxies formed.

At 3800 kg, the 10 m-long XMM-Newton is the biggest science satellite ever built in Europe and its telescope mirrors are the most sensitive ever developed.

Expected to operate for as long as a decade, the hardy spacecraft has happily surprised everyone by lasting almost two decades – and it shows no signs of giving up.

The success of XMM-Newton has been possible not only because of the robust spacecraft, but also the close cooperation between ESA’s astronomy centre near Madrid, Spain, and the mission controllers at ESA’s operations centre in Darmstadt, Germany.

“The total number of 4775 scientific publications to date, with 358 from this year alone, is an impressive record of the mission’s scientific success, covering many, many areas of astrophysics,” notes project scientist Norbert Schartel.

But keeping it fit and healthy into its third decade means the team must continue to develop and test new control techniques. A complex change to the orbit control system has almost halved fuel consumption, for example.

(Not) running on empty

For starters, keeping XMM in orbit will require occasional thruster firings, about once per day, and that means burning fuel.

“We’ve got plenty of fuel and over the years we’ve figured out how to use less and less to maintain our science orbit,” says Marcus Kirsch, spacecraft operations manager.

“The fuel is distributed between four separate tanks, but the main tank will run dry first. The design means we could not use the remaining fuel in the other tanks, so we're moving it all into tank 1. This will enable us to continue operations into the coming decade.”

Back in the control room

As part of this process, the flight control team returned to ESA’s large, general-purpose Main Control Room at mission control in November – the first time since launch in 1999 – for five days of intensive simulations. The team usually works from a smaller, dedicated room shared with the Integral and Gaia mission teams.

The simulations checked the procedures that will be used for moving the fuel and for reconfiguring XMM for working beyond 2017.

No one’s ever done this before

“Not many spacecraft use the specially designed tank fuel system like on XMM,” says Nikolai von Krusenstiern, spacecraft operations engineer.

“As far as we know, no one’s ever shifted fuel from one tank to another with a tank design like ours in a satellite in orbit, and we want to take as much time as necessary to minimise any risk to the mission.”

Tank-to-tank replenishment was never foreseen in the original design specifications – as XMM wasn’t meant to last so long – so no process was devised by builder Astrium (now Airbus Defence & Space).

“Airbus have been very helpful – they even helped us get in touch with the now-retired designer of the fuel system to help us to safely design the procedures,” says Nikolai.

The team will now analyse results of last month’s simulations with the aim of reconfiguring the spacecraft in 2017. This will complement the careful optimisation of the flight control procedures already in place, and keep XMM thrusters firing – and the spacecraft flying reliably – into 2023.

After that, the team will have a low-risk and confirmed plan on hand to conduct the fuel replenishment, which would thereafter keep the craft in its science mission well into its third decade.

“The time spent in training and simulations last month was hugely valuable for the entire team,” says Marcus.

“We worked together to devise a solid solution for XMM’s coming decades, and the individual engineers gained excellent training experience that they can use for XMM or even take with them if assigned to other missions.”