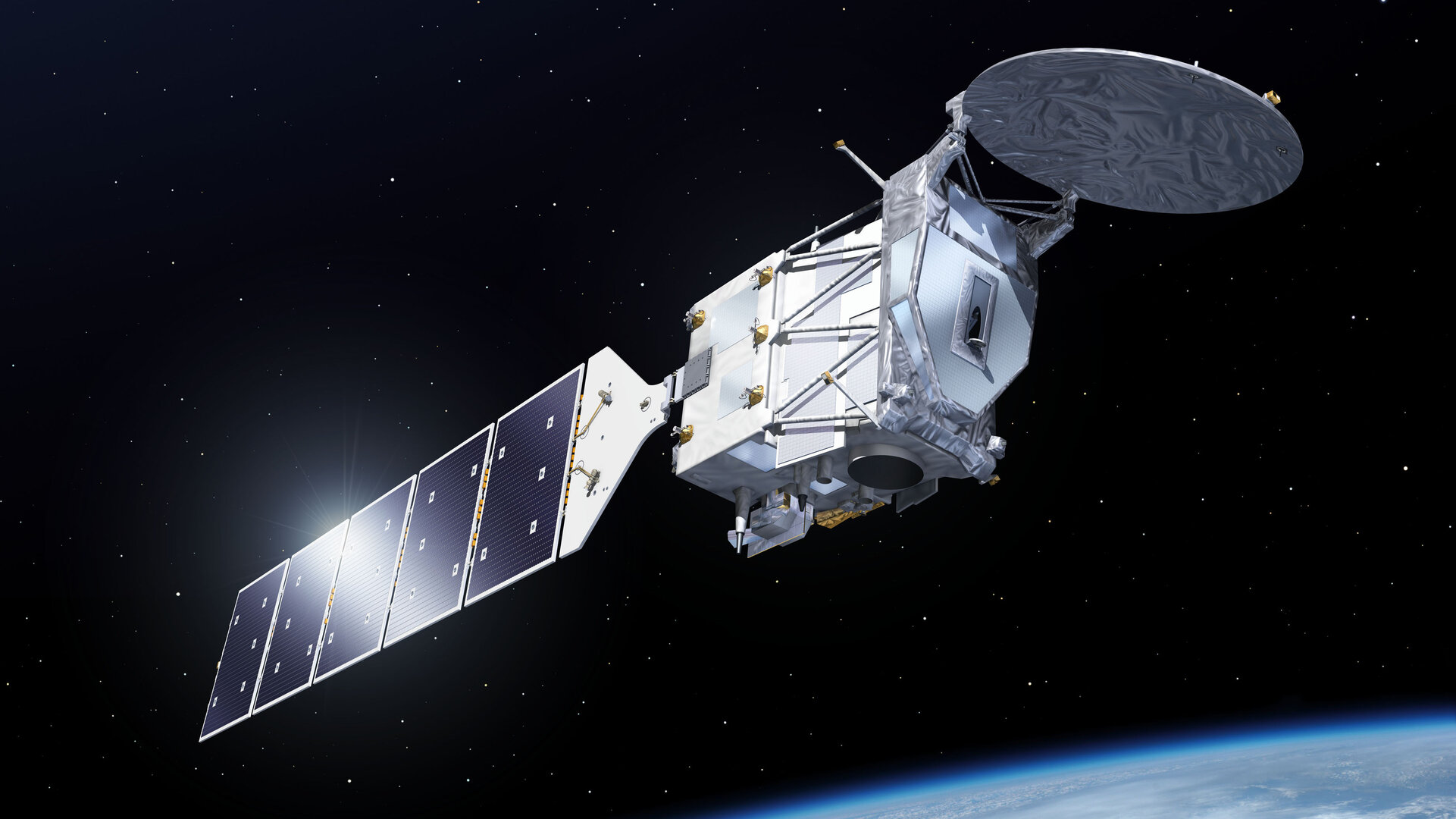 Two new weather forecasting satellites that are currently under development will host a range of instruments to discover more about Earth' s weather and monitor its climate. A recent Discovery & Preparation study investigated whether one of these could be supported by a radar or lidar instrument to provide even more accurate weather forecasts.

The second generation MetOp satellites are currently being developed by ESA and will be handed over to meteorological agency EUMETSAT once they have been launched. The second of the two, the MetOp Second Generation B satellite, will host two cloud-imaging instruments; the Microwave Imager and the Ice Cloud Imager. These conical instruments will sit at the bottom and on top of the satellite, spinning around to passively gather information about the bulk mass of the clouds below them.

"These two instruments will see a wide stretch of ground below them, and give a good idea of the amount of ice and liquid water in the clouds, but they won't tell us much about the vertical structure of clouds," explains ESA's Tobias Wehr, Mission Scientist for the two instruments onboard MetOp second Generation. "For example, using their data alone, we would struggle to determine how deep each individual cloud is, and whether it is raining on the ground below."

To make a vertical map, we need instruments that actively send out a signal and measure its reflection from the clouds and ground below. To monitor thick clouds and rain, such instruments would come in the form of radar, sending out and receiving the reflected microwave radiation.

The recent Discovery & Preparation study sought to find out what could be gained by putting a radar instrument in the same orbit as MetOp Second Generation B to complement the weather satellite’s passive instruments. Such a system would combine the advantages of the two observing techniques – covering a wide area with the passive instruments and getting vertical cloud information with the radar instrument.

"It would be perfect if ESA's upcoming EarthCARE satellite could complement MetOp Second Generation B, but unfortunately the two spacecraft will only very rarely be looking at the same spot on Earth at the same time, because EarthCARE was designed with different research goals in mind," continues Tobias, who is also Mission Scientist for EarthCARE. "So we considered whether this hypothetical radar instrument could instead sit on a new satellite, which we named Liquid and Ice Particles Detection and Ranging Satellite, or LIRAS for short."

LIRAS would fly just in front of the MetOp Second Generation B satellite, to measure clouds underneath the satellite at exactly the same time and location.

"We carried out simulated observations of LIRAS, the Microwave Imager and the Ice Cloud Imager to find out how well LIRAS data would enhance the information we will get from the MetOp satellite," explains Manfred Brath, who worked on the study from the University of Hamburg. "We discovered that the partnership would work particularly well for ice clouds."

Ice clouds contribute strongly to the heating of the atmosphere by trapping thermal radiation released by Earth. But they also reflect sunlight back into space to keep Earth cool. Climate change will affect the amount, structure, location and lifetime of clouds, which will in turn influence how clouds impact the temperature of the atmosphere.

This poses one of the most significant uncertainties for scientists in predicting the future of climate change, making accurate mapping and monitoring of ice clouds crucial. Unfortunately, the appropriate satellites are not yet available or planned for the near future; whilst EarthCARE would be too short-lived for long-term monitoring, MetOp Second Generation lacks the ability to accurately observe the vertical structure of clouds.

While climate monitoring is one crucial aspect of a potential complementary mission to Metop Second Generation, improving our daily weather forecasts is another important feature. Passive instruments that see a wide stretch of land are vital for weather forecasting, but combining them with active sensors that see the vertical distribution of clouds could be game-changing in our ambition of predicting the weather with a high accuracy. The next step in this area of research would be to compare data from passive sensors with data from active sensors on board research planes.

Data from the MetOp missions and other weather satellites is gathered together by the European Centre for Medium-Range Weather Forecasts (ECMWF) to provide baseline weather forecasts for the whole of Europe. So far, weather forecasting has been based on factors such as temperature and humidity. EarthCARE will be the first satellite to provide these valuable observations of cloud profiles to support weather forecasting.

The value of radar for weather forecasting will be demonstrated by EarthCARE, which is due to launch in 2022. Perhaps then, those of us living with unpredictable weather conditions will finally be able to make the right decision regarding whether or not to take out an umbrella.

For more information about this Discovery & Preparation study, including a summary of results, please click here.