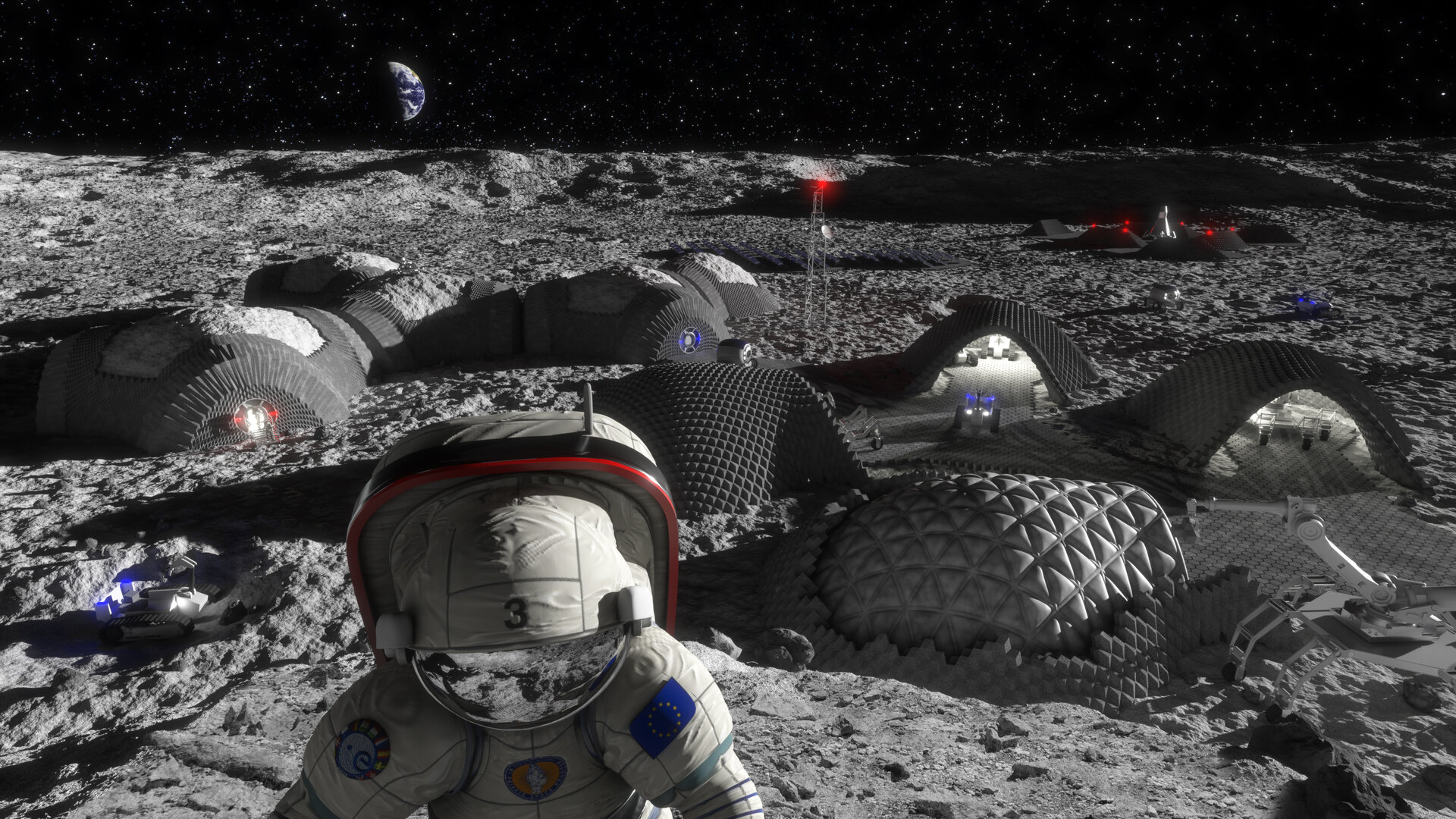 Building a lunar base would be one of the next logical steps in our exploration of the Solar System, but the survival of a future crew depends on access to a reliable source of energy. An ESA Discovery & Preparation study explored how lunar regolith – the dust, soil and rock on the Moon's surface – could be used to store heat and provide electricity for future astronauts, rovers and landers.

Humans would have little difficulty reaching the Moon's surface with today's technology, but it is expensive – sometimes even impossible – to take all the materials we would need with us, especially if we want to stay for more than a couple of days. For sustainable, long-term exploration, we should instead look to local resources available at the destination. As part of this endeavour, Discovery & Preparation recently supported aerospace experts Azimut Space (formerly Sonaca Space) to investigate whether it would be possible to create 'heat-storage bricks' out of lunar regolith.

In space, energy typically comes via solar panels that provide almost instantaneous electricity when the Sun shines on them. But inhabitants of the Moon could expect to spend up to 16 days in darkness during the lunar night. Finding a sustainable energy solution that collects sunlight during the long lunar days and stores it for use at night is essential to make the prospect of long-term lunar habitation a reality.

Regolith bricks offer a way of storing daytime solar energy so that electricity can be produced at night; this would be vital for any humans living and working on the Moon. The stored heat could also be released directly to keep robotic equipment warm enough to function during the long hours of darkness.

"Apollo astronauts brought back small amounts of Moon rock, allowing us to create very similar 'fake' lunar regolith here on Earth," explains Aidan Cowley from ESA's Human Spaceflight and Robotic Exploration Directorate, who oversaw the project. "In this study, we used Earth rock with comparable properties to Moon rock, crushed into a powder until the particles matched the size of those in the lunar regolith."

After making this powder into a brick, the team pumped energy into their imitation lunar regolith to see how well it could store heat. They also connected it to a heat engine to create electricity using the energy stored inside it.

"Any Moon-based technology would face incredibly tough conditions – long nights, temperatures ranging from -173°C to 127°C and extremely low pressures," explains Project Manager Luca Celotti from Azimut Space. "We mimicked these conditions as best as we could to create a 'Moon-like' environment for our brick."

"Using lunar regolith to store heat on the Moon would provide us with an abundance of readily-available material meaning space travellers wouldn't need to take much from Earth. Eventually, this will enable more ambitious space missions to go ahead."

As the imitation regolith worked well, the team would next like to make the process more efficient and scale it up to further investigate whether regolith bricks would be capable of producing the energy that would be required.

"This is just the first step towards creating an innovative and sustainable method of heat storage and electricity generation that could make it possible for us to land on the Moon," concludes Luca.

Using local materials helps us move into sustainable, permanent exploration, giving rise to cheaper, safer and easier access to space. And lunar regolith would not only be useful for heat storage and electricity generation. This material – plentiful on the Moon – could also be used to build future habitats, as a source of oxygen or minerals, and even to make everyday objects such as tools.