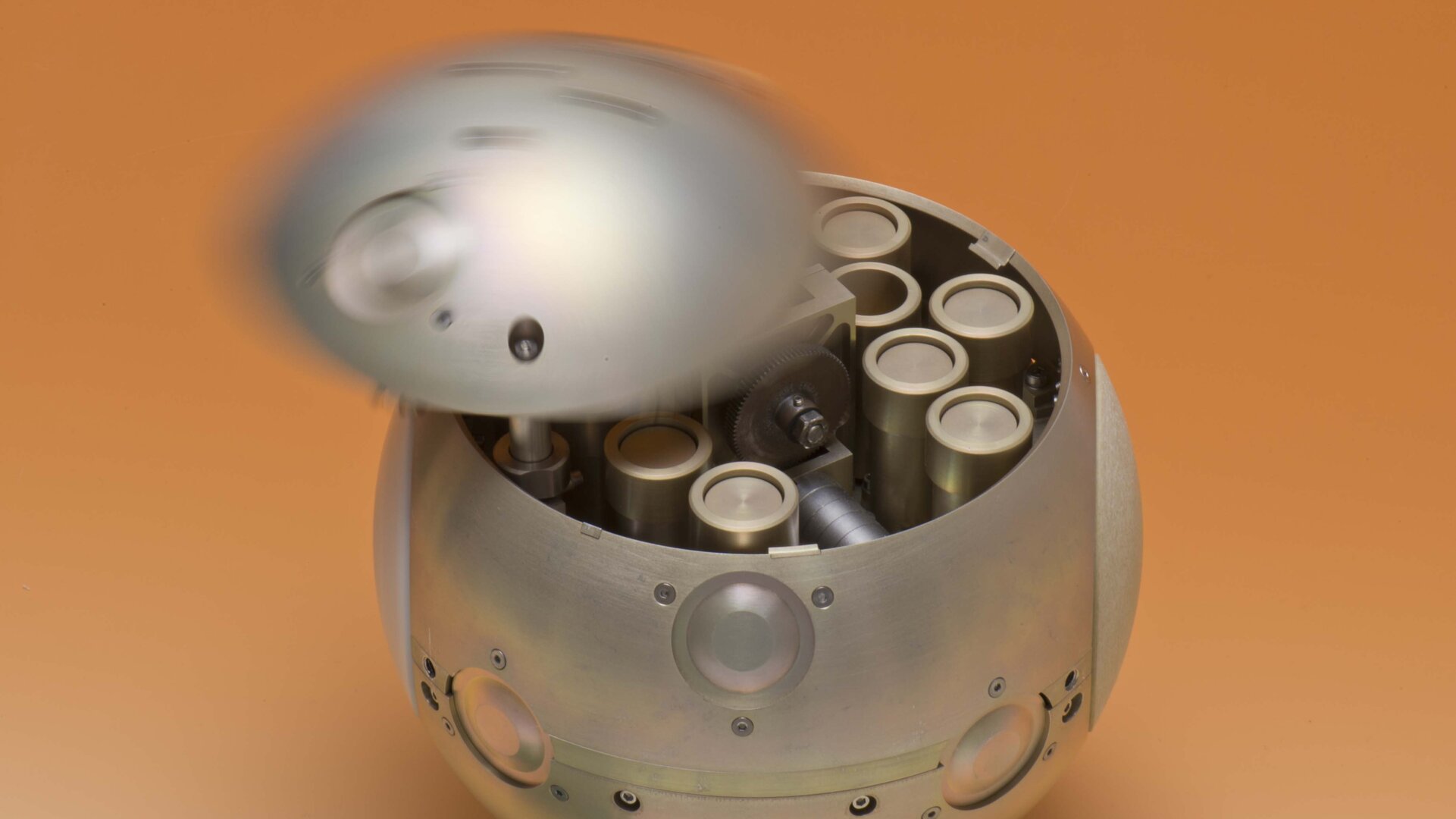 This spherical container has been engineered to house the most scientifically valuable cargo imaginable: samples brought back from the Red Planet.

Still probably many years in the future and most likely international in nature, a Mars sample-return mission is one of the most challenging space ventures possible for robotic exploration.

A robust, multifunctional sample container is an essential link in the long technical chain necessary to make such a mission successful.

Weighing less than 5 kg, this 23 cm-diameter sphere is designed to keep martian samples in pristine condition at under –10°C throughout their long journey back to Earth.

First, the sample container must be landed on Mars, along with a rover to retrieve a cache of samples carefully selected by a previous mission, according to current mission scenarios.

The container seen here hosts 11 sealable receptacles, including one set aside for a sample of martian air.

Then, once filled, it will be launched back up to Mars orbit. There it will remain for several days until a rendezvous spacecraft captures it. To ease the process of rendezvous, the sample container carries a radio emitter and retroreflectors for close-up laser ranging.

“Because there is the potential, however remote, that the samples contain alien life, we have to comply with strict planetary protection protocols not to bring them into contact with Earth’s biosphere,” explained Benoit Laine, Head of ESA’s Thermal Analysis and Verification section, who oversaw the sample container project.

“In effect, the parachute technology is not reliable enough – which means the container must be able to withstand a crash landing without parachute.

“The mission design therefore does not include any parachute, and the capsule literally falls from Mars onto Earth, decelerated only by the pressure on the heatshield through Earth’s atmosphere, and by the impact at landing.”

While the sample container is a proof-of-concept design rather than actual mission hardware, it is fully functional and has undergone testing in simulated thermal conditions, including a 400 g shock test.

“This challenging project drew on the expertise of multiple ESA specialists,” added Benoit. “It incorporates mechanical systems covering structural, thermal and mechanisms engineering but also communications, antennas and power – it has of course to incorporate a highly reliable battery.”

The prime contractor for the project, which was supported through ESA’s Aurora programme, was French company Mecano I&D. Activities to prepare for a Mars sample mission continue, including a refinement of the sample container design, coordinated by the future missions preparatory office of ESA’s Directorate of Science and Robotic Exploration. 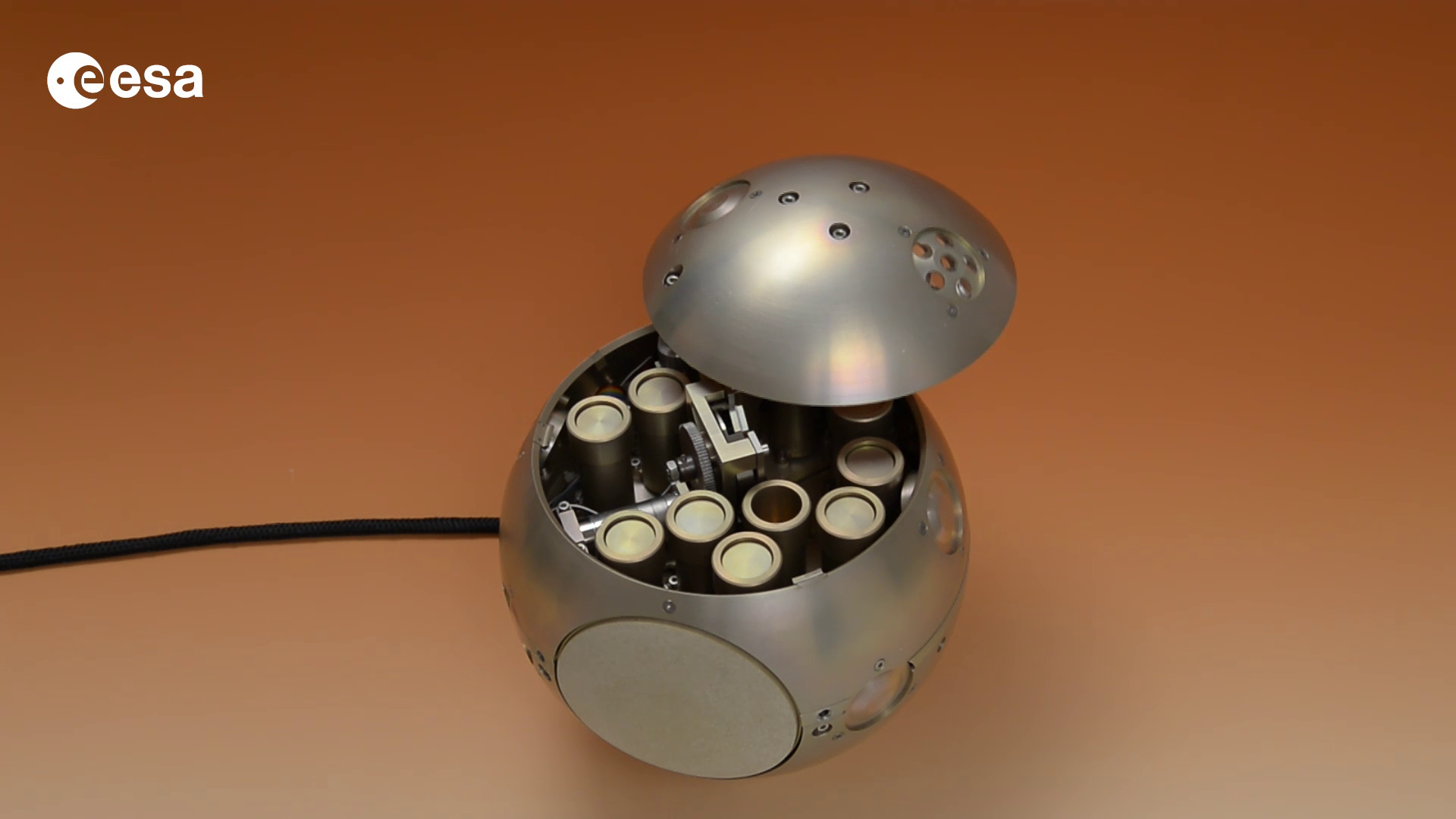