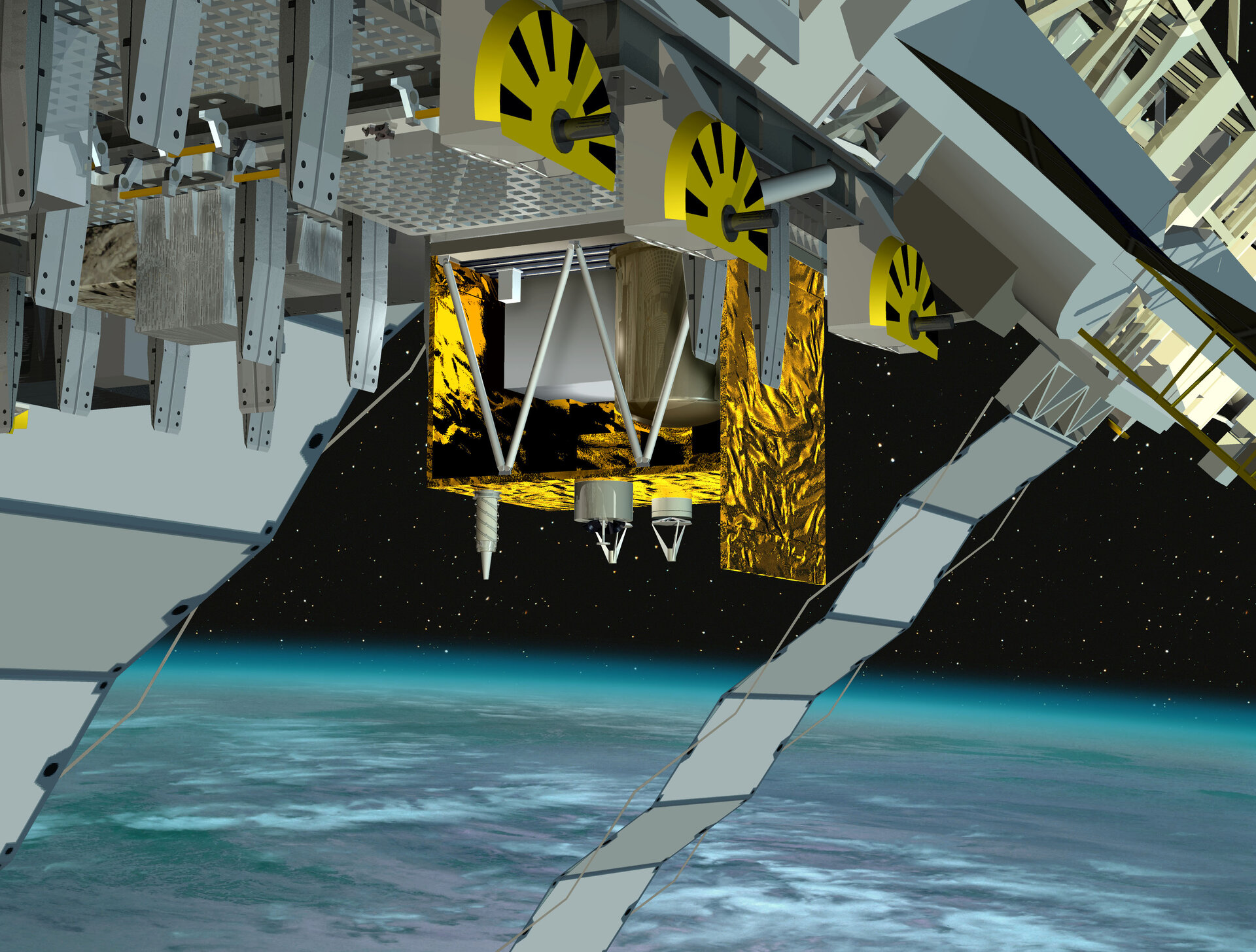 ESA PR 31-2009 Today at the Paris headquarters of the French space agency (CNES), Simonetta Di Pippo, ESA Director of Human Spaceflight, and Thierry Duquesne, CNES Director for Strategy, Programmes and International Relations, signed an agreement that paves the way for the launch of a high-accuracy atomic clock to be attached to the outside of the European Columbus laboratory onboard the International Space Station (ISS).

The PHARAO (Projet d’Horloge Atomique par Refroidissement d’Atomes en Orbite) atomic clock, which will be combined with another atomic clock, the Space Hydrogen Maser (SHM), to form ESA’s Atomic Clock Ensemble in Space (ACES), will have an accuracy of 1x10-16, corresponding to a time error of about one second over 300 million years.

This new generation of atomic clocks in space will be instrumental in enabling accurate testing of Einstein’s theory of general relativity. In addition, it will contribute to the accuracy and long-term stability of global timescales, e.g. International Atomic Time (TAI) and Coordinated Universal Time (UTC), and also help in the development of applications in the field of geodesy, and support applications involving remote sensing via the GNSS network.

"The signing of this agreement is a step forward for fundamental physics studies in space", said Simonetta Di Pippo. "PHARAO and ACES will be added to the list of vital European projects that have been carried out using the ISS as a key research platform and test-bed for new technologies."

Thierry Duquesne was equally positive: "This agreement is a symbol of the strong ties between CNES and the European Space Agency and the willingness of both to cooperate on such important projects."

The ACES onboard timescale is a result of the excellent short-term stability of the Space Hydrogen Maser and long-term stability and accuracy of the PHARAO caesium atomic clock. A dedicated microwave link sends the ACES timing signal to the ground allowing space-to-ground comparisons of clocks. ACES, including the two atomic clocks PHARAO and SHM, as well as the frequency comparator and the microwave link, will be operated from the ACES User Support Operations Centre at the CADMOS facility in Toulouse. Operations make use of the existing European ISS ground network including the Columbus Control Centre and a special network of microwave terminals which are linked to the most stable and accurate atomic clocks on the ground.

Under the agreement, CNES will fund and develop the PHARAO atomic clock and deliver it to ESA for integration into ACES. CNES will also support the performance tests and deliver the ground console to be used to operate PHARAO from CADMOS. ESA will develop ACES and the accommodation hardware needed for PHARAO and will integrate its operations into the overall European ISS and Columbus operations. ESA will also develop the SHM clock, which is funded by the European Programme for Life and Physical Sciences (ELIPS). SHM was initially a Swiss project.

ACES is designed for launch in the unpressurised cargo bay of the Japanese H-II Transfer Vehicle (HTV) or commercial SpaceX carrier in the second half of 2013. Once in orbit, ACES will be attached to Columbus' Earth-facing external payload platform using the Station Robotic Arm. ESA is bartering the launch costs of ACES and four other external payloads for supply of the Cupola observation dome to NASA. Cupola is slated for launch in February 2010 along with Node 3, another habitable ISS element built in Europe.