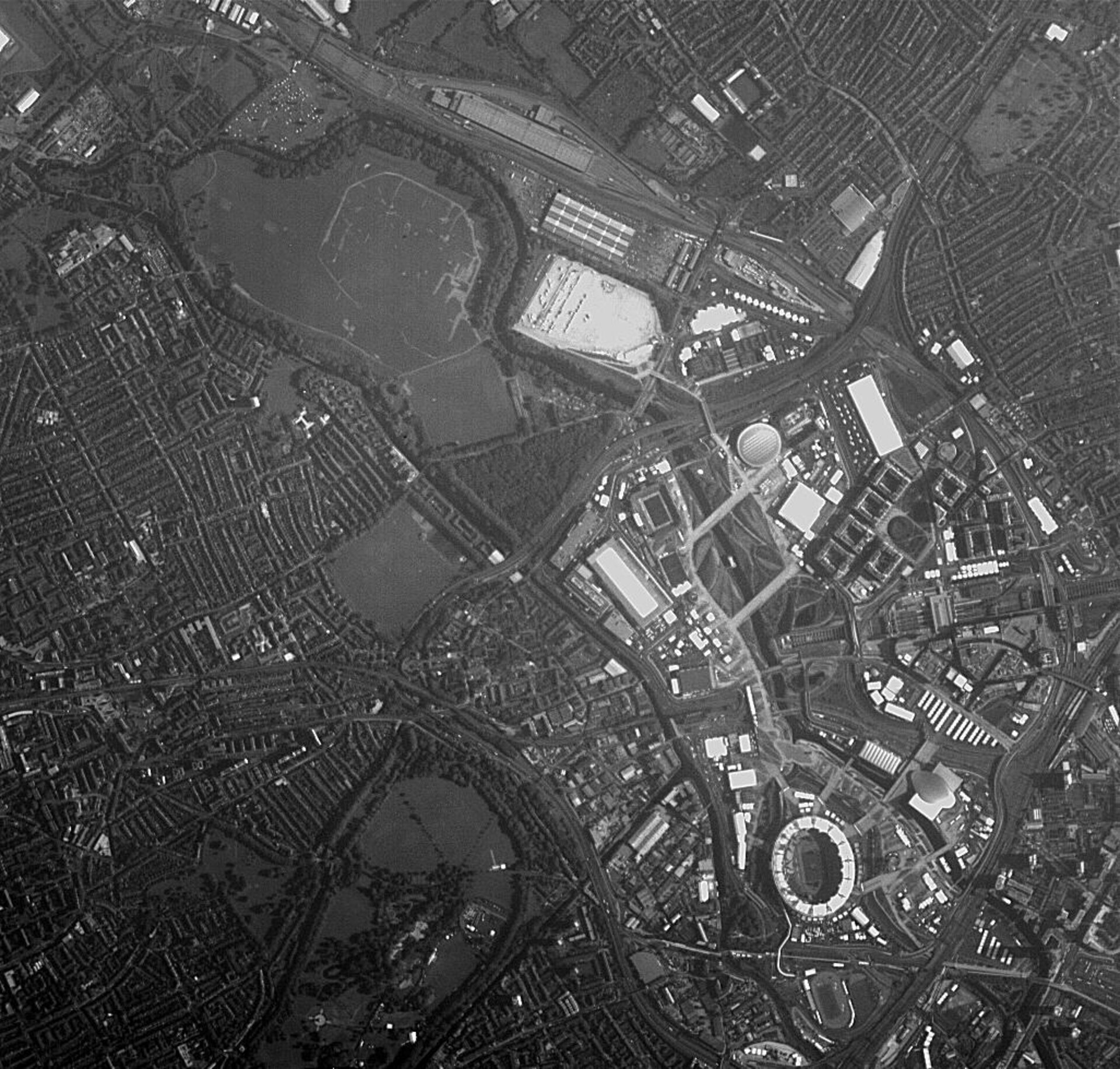 This Olympics has been watched from all over the world – and beyond. Benefiting from a cloudless sky, this view of London’s Olympic Park was captured by the smallest imager aboard ESA’s smallest mission: the High Resolution Camera on the Proba-1 microsatellite.

The Olympic Park, dominated by the circular Olympic Stadium, is visible towards the base of this 5 m-resolution image, with Victoria Park to its west and Hackney Marsh to the northwest.

This image was acquired by the High Resolution Camera (HRC). This black and white digital camera incorporates a Cassegrain telescope miniaturised to fit aboard Proba-1. Orbiting Earth at 720 km altitude, the entire satellite’s volume is less than a cubic metre.

HRC operates alongside Proba-1’s larger CHRIS (Compact High Resolution Imaging Spectrometer) hyperspectral imager, which takes 15 m-resolution scenes across a programmable selection of up to 62 spectral bands, from a variety of viewing angles. This HRC image was acquired on 11 August.

Operational for more than a decade, Proba-1 was the first in ESA’s series of satellites aimed at providing in-orbit testing of new space technologies. Smaller than a cubic metre, Proba-1’s many experiments include the compact HRC that acquires monochromatic images with an area of 25 sq km.

Proba-1 was launched in October 2001 as an experimental mission but is still going strong, having since been reassigned to ESA’s Earth observation team. This year a software fix returned its radiation-damaged star trackers to full operations.

In November 2009 Proba-1 was joined in orbit by Proba-2, focused on solar monitoring. Proba-V, to monitor global vegetation, is due to launch next year.