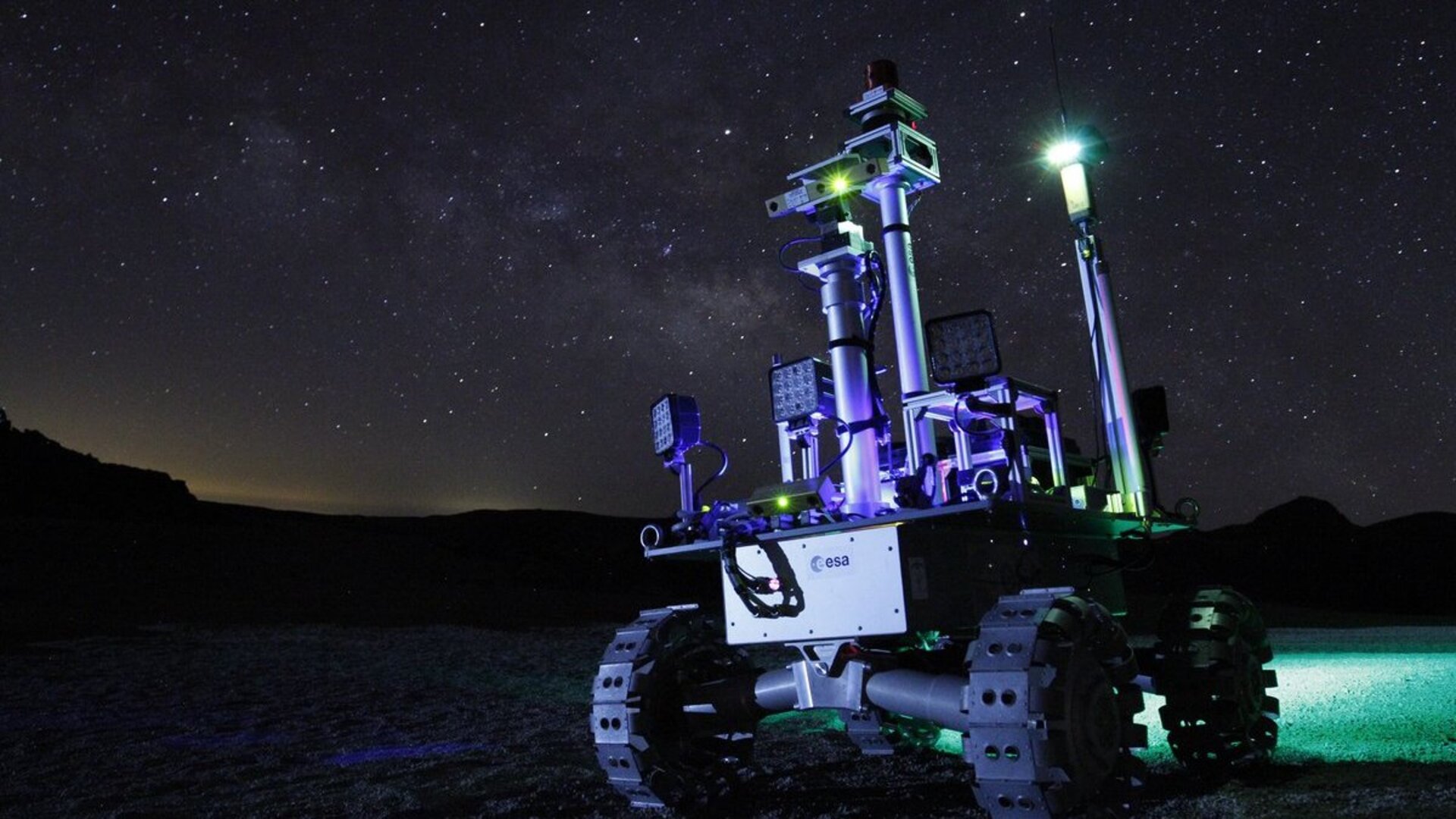 A pair of ESA rovers trundled around a Moon-like area of Tenerife by both day and night during a nine-day test campaign, gathering terabytes of data for follow-up analysis.

“Until now, planetary rovers have always been operated during local daylight,” explains ESA robotics engineer Martin Azkarate. “But for proposed missions to the polar regions of the Moon, lighting conditions will be more difficult.

“You can imagine the stress of operating a multi-million euro rover with a joystick in near-total darkness. With Lucid, we’re seeking to find out the best ways of navigating the lunar surface in varied illumination and terrain, analysing different sensors and software tools.

“So the RAT operators have been trying out different sensor options incrementally. Meanwhile we used the full sensor suite of the faster-moving HDPR to gather additional data for enhanced follow-up analysis, and perform some bonus test activities as well.”

“It’s hard to find suitable locations like this one,” adds Martin. “Compared to rockier volcanic areas nearby where the rovers would not be able to traverse at all, this place is manoeuvrable while also Moon-like – with sand and small stones above rock – and big enough for us to make more than 13 km of traverses.”

Testing began by day, ensuring the rovers were running well and collecting ‘ground truth’ data using GPS and an overflying drone for detailed mapping, which rover observations could then be compared to. Night operations followed in the second half of the campaign.

The teams also achieved some additional objectives, including the gathering of datasets that can be used for subsequent testing of navigation algorithms in the lab. The HDPR was also steered remotely by a control team back on the European mainland.

In addition, on the final day the HDPR was used for autonomous navigation testing – seeing whether it could direct and drive itself.

“The Moon is close enough for direct remote control, albeit with a slight time delay,” explains robotics engineer Levin Gerdes. “But for Mars, the distance involved makes that impossible. Instead martian rovers are periodically uploaded with sets of telecommands to follow.

“This is a slow process however. A faster, self-navigating rover is seen as a necessary technology for future missions, like self-driving cars on Earth. But with no roads, the rover will have to work out its own route – first by taking images, then using these to map the surrounding area, followed by identifying obstacles and planning a path to safely reach its assigned goal.

“We managed a number of runs, the longest of which was more than 100 m – finally for the rover to inform us its assigned destination was unreachable, which turned out to be true. There were some slopes which were too steep to guarantee a safe traverse.”

The GMV team plans to return to Las Minas de San José this September for further testing, while the ESA Planetary Robotics Lab is employing their more than three terabytes of field test data for virtual rover runs and further investigations.