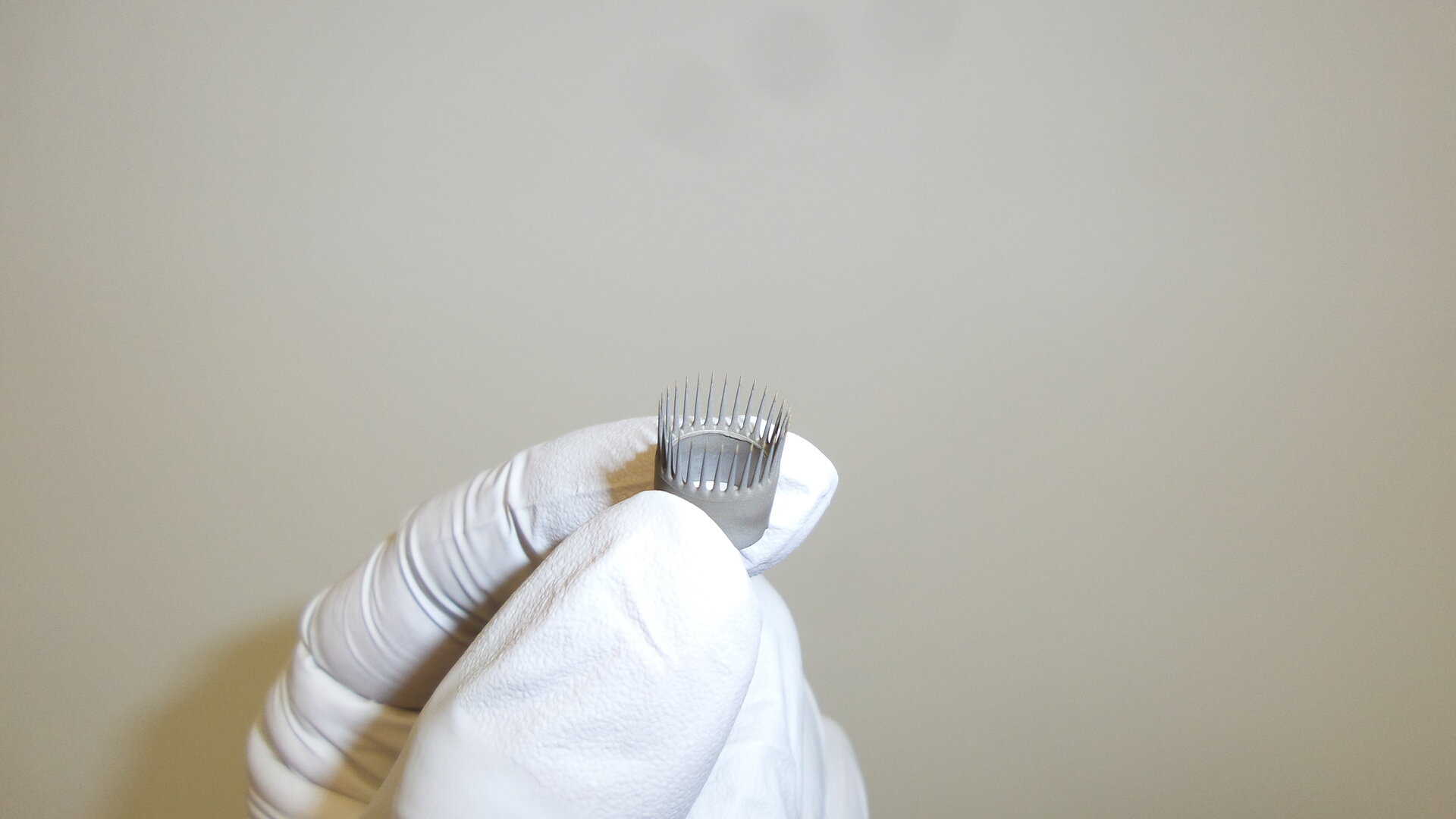 This spiked tungsten crown measuring just 1 cm in diameter – half the size of a ten cent euro coin – is at the heart of Europe’s smallest, most precise thruster.

The Indium FEEP Multiemitter (IFM) Nano Thruster is able to push back against scanty atmospheric drag or the faint but steady push of sunlight itself if needed, to hold its host satellite steady in space.

Alternatively, a single thruster or cluster of thrusters can be fitted onto a CubeSat or other small spacecraft, targeting the operating requirements of satellite constellations in particular. The compact thruster might also be used as an efficient means of deorbiting small satellites, fulfilling space debris regulations.

The IFM Nano Thruster is a miniaturised ion thruster – with an electric field applied to accelerate electrically-charged atoms (known as ions) to produce thrust – that uses liquid indium as its propellant.

The liquid metal flows by capillary action inside the porous tungsten crown’s 28 needles, resting at tiny holes in their razor-sharp tips. It is held in place there by surface tension, until an electric field is generated. This causes tiny cones to form in the liquid metal, which have positive ions shooting from their tips to create thrust.

While the thrust of other ion engines is measured in millinewtons, the IFM Nano Thruster's performance is assessed in terms of micronewtons – a unit one thousand times smaller. Its thrust range goes from 10 to 400 micronewtons, with a possible peak thrust up to 1 000 micronewtons (1 millinewton).

The result of 15 years of work by ESA with FOTEC in Austria, the IFM Nano Thruster has been flight-proven in space and is now commercially available, marketed by FOTEC’s spin-off company ENPULSION.

The thruster has no moving parts and its indium propellant is solid at room temperature, requiring heat to begin operating. The long, delicate needles presented a potential weak spot, but a recent ESA Technology Development Element project performed thousands of hours of testing to demonstrate their reliability.

“It is gratifying to see this product find a commercial niche, especially as it is based on an underlying technology – Field Emission Electric Propulsion, or FEEP for short – that was first invented here at ESTEC, ESA’s technical centre in the Netherlands.”

The IFM Nano Thrusters have been flown aboard the commercial ICEYE radar satellite constellation, and are under consideration for future ESA missions.