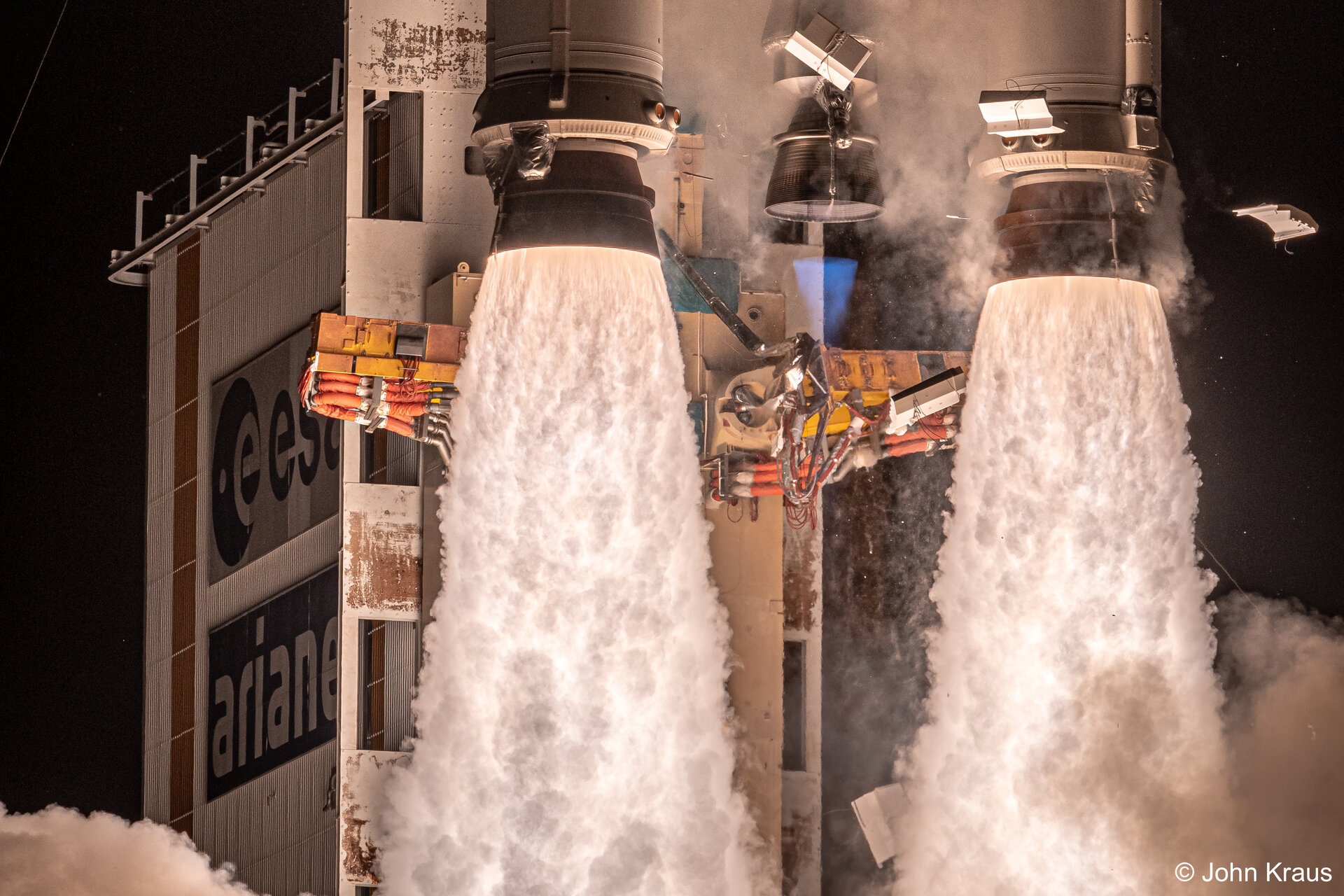 ESA and partners celebrate 40 years of Ariane – a launch vehicle operating in the international space arena, and a symbol of cooperation and innovation that ensures independent access to space for Europe.

On 24 December 1979, the first Ariane 1 was launched from Europe’s Spaceport in Kourou, French Guiana. Launch L01 carried CAT-1, or Technological Capsule 1, a small satellite used to provide data on the launch characteristics of the new rocket and therefore only powered for eight orbits.

Ariane 1 was the first launch vehicle to be developed with the primary purpose of sending commercial satellites into geostationary orbit. It was designed mainly to deploy two satellites per mission, thus reducing costs.

From this first flight, Ariane evolved into a highly reliable rocket boosted by the fast-growing demand for commercial space launches in the 1980s. Operated by Arianespace, Ariane claimed over half the satellite market in this period.

Ariane 4 entered service in 1988 and made 113 successful launches. Its last was on 15 February 2003. It featured an elongated first stage and strap-on liquid and solid-fuel boosters providing more thrust at liftoff. For this version of Ariane, a lighter Sylda fairing structure was introduced. The Sylda allows two payloads to be stacked one on top of the other.

Ariane 5’s ES was used for various missions, such as the Automated Transfer Vehicle in low orbit and Galileo in medium orbit. It was retired from service on 25 July 2018.

Europe's Spaceport lies just above the equator in South America, and hosts facilities for Ariane, Soyuz and Vega launchers.

Continued updates to the Spaceport’s facilities have kept up with the requirements of each new launch vehicle. The pad used by Ariane 1, 2 and 3 was later repurposed for Vega in 2012 and is currently being modified to accommodate the upcoming more powerful Vega-C successor.

ESA is currently preparing for the next decade in space transportation. Part of this involves the transition from Ariane 5 to the new modular Ariane 6 for which a dedicated launch site has been built.

Ariane 6 has two versions, Ariane 62 with two strap-on boosters and Ariane 64 with four, for more power.

The new Ariane design is intended to serve the diverse needs of a wide range of customers offering new payload dispensers for a variety of configurations while dramatically decreasing the cost of launches compared to Ariane 5.

Changes in the way in which Ariane 6 is assembled, paired with new manufacturing techniques, is set to speed up the turn around time, allowing more Ariane launches than ever before.

Europe can celebrate Ariane’s history and look forward to building on its successes through innovation and an extreme design-to-cost approach to maintain its lead in a fiercely competitive launch services market.