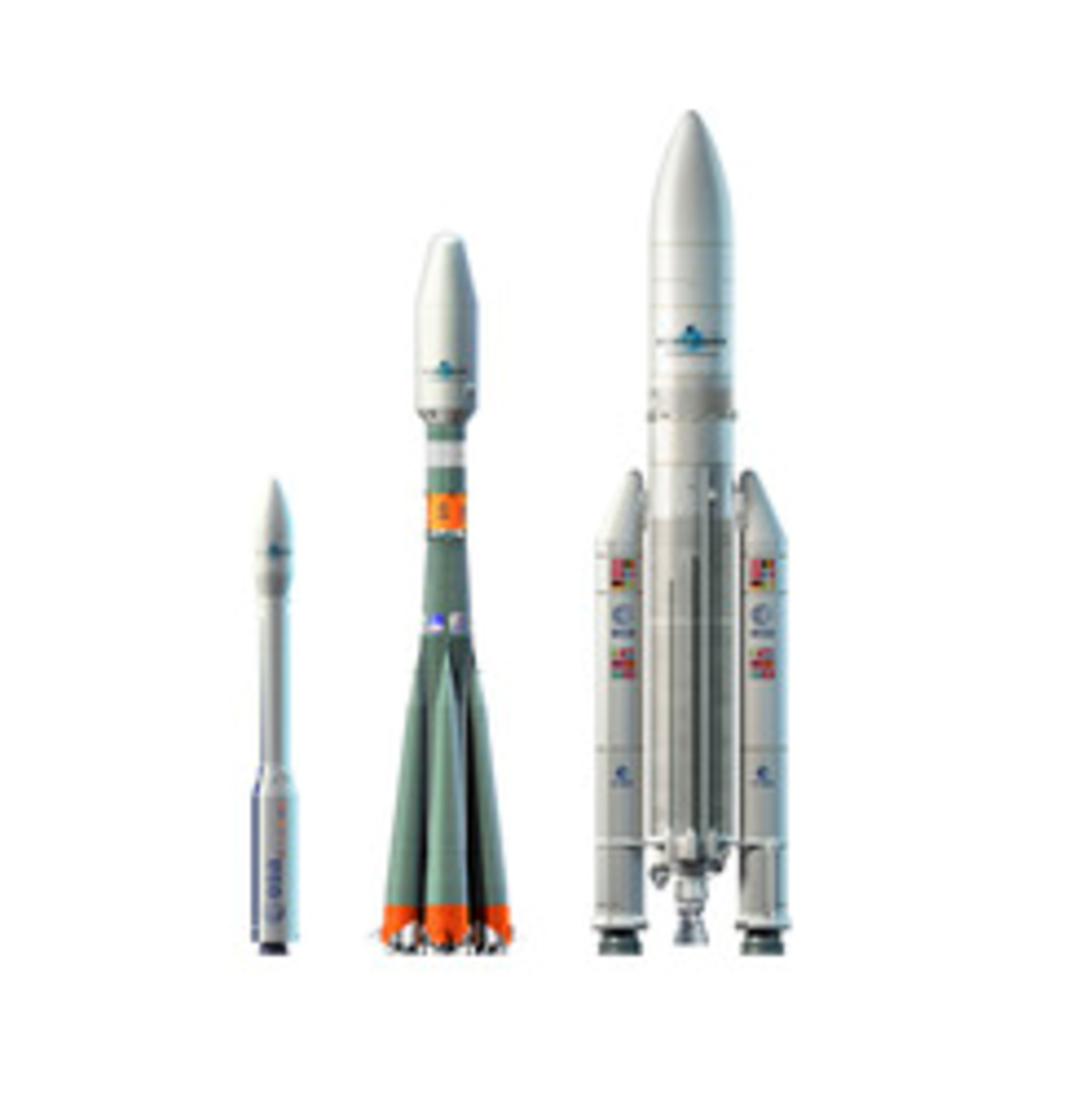 This year saw Europe’s launchers delivering more satellites into a range of orbits per single launch – giving customers even more options for flying their missions.

Behind this is a dispenser system housed in the fairing to offer different payload configurations: either single or double deployment.

The fairing sits at the top of the rocket carrying the cargo. A smooth passage into space while tucked inside this composite shell protects the satellite – or satellites – stacked inside during atmospheric flight.

A few minutes after liftoff, at around 120 km altitude, the fairing is pyrotechnically split into two and jettisoned. This exposes the satellite mounted on top of a dispenser or ‘secondary payload adapter’ to open space.

At the correct altitude and inclination the first satellite is released. At this point, what remains is the dispenser with the additional payload safely stowed inside.

With a series of burns controlled by the onboard computer, it moves with metre accuracy into the next planned orbit.

When it reaches its set orbital altitude, the adapter opens to deploy its cargo. Now redundant, what remains of the launch system is safely deorbited.

For Ariane 5, the secondary payload adapter is Sylda: SYstème de Lancement Double Ariane. For Vega, it is Vespa: VEga Secondary Payload Adapter, used this year for the first time.

Sylda has a very long track record, having first been demonstrated on the sixth flight of Ariane 1 back in 1983. It developed further for Ariane 2 and 3.

Based on the same concept, Vespa was developed as part of the Vega Research and Technology Accompaniment – VERTA – programme to show the flexibility of the smaller launcher.

When an Ariane 5 carries two satellites, Sylda is used. With six different types of Sylda to choose from, a perfect fit can be achieved for each mission. This 4.6 m-diameter structure has heights ranging between 4.9 m and 6.4 m for usable volumes of 50–65 cubic metres.

This year was marked by having the largest payload ever seated on a Sylda: 5.5 m high and weighing 6 650 kg the Alphasat telecom satellite was launched in July on Ariane 5 flight VA214.

After releasing Alphasat, Sylda was jettisoned by pyrotechnics that cut the connection to the vehicle and springs that pushed the structure away to reveal the secondary payload, India’s Insat-3D weather satellite which, after a few minutes to ensure clearance of Sylda, was separated into another orbit.

Scaled down in size but based on the same concept as Sylda, Vespa can carry a main satellite weighing up to 1000 kg on top, and either a secondary payload up to 600 kg in the internal cone, or several auxiliary payloads distributed on a platform with a diameter that can be extended up to 1960 mm, with a maximum overall mass of 600 kg.

For Vega’s launch in May 2013, ESA’s Proba-V Earth observation satellite was on top of Vespa. This required an additional conical structure to adapt it to the Vega standard interface diameter of 937 mm.

Sitting below Proba-V, housed inside Vespa, was a platform serving: a second spacecraft, VNREDSat-1; a microsatellite; and several electronic boxes constituting a demonstrator, ALTS – an autonomous system for tracking the launcher during flight, using GPS and other data.

The Vespa flawlessly delivered these satellites into two different orbits involving a change in both inclination and orbit. A final burn deorbited the upper stage so that it would burn up harmlessly in the atmosphere to ensure that it did not become a space debris threat.

ESA is always looking to expand and refine the capability of its launchers. A new development project is under way to enable Vega to provide launch opportunities for demonstrators and nano/microsatellites of 1–50 kg. To do this would mean developing a smaller and simpler structure than Vespa in order to be cost-effective for this emerging market.

In addition, a Galileo dispenser is being developed for Ariane 5 ES. This dispenser will be able to carry and release four Galileo satellites in pairs into orbits at some 22 300 km altitude.