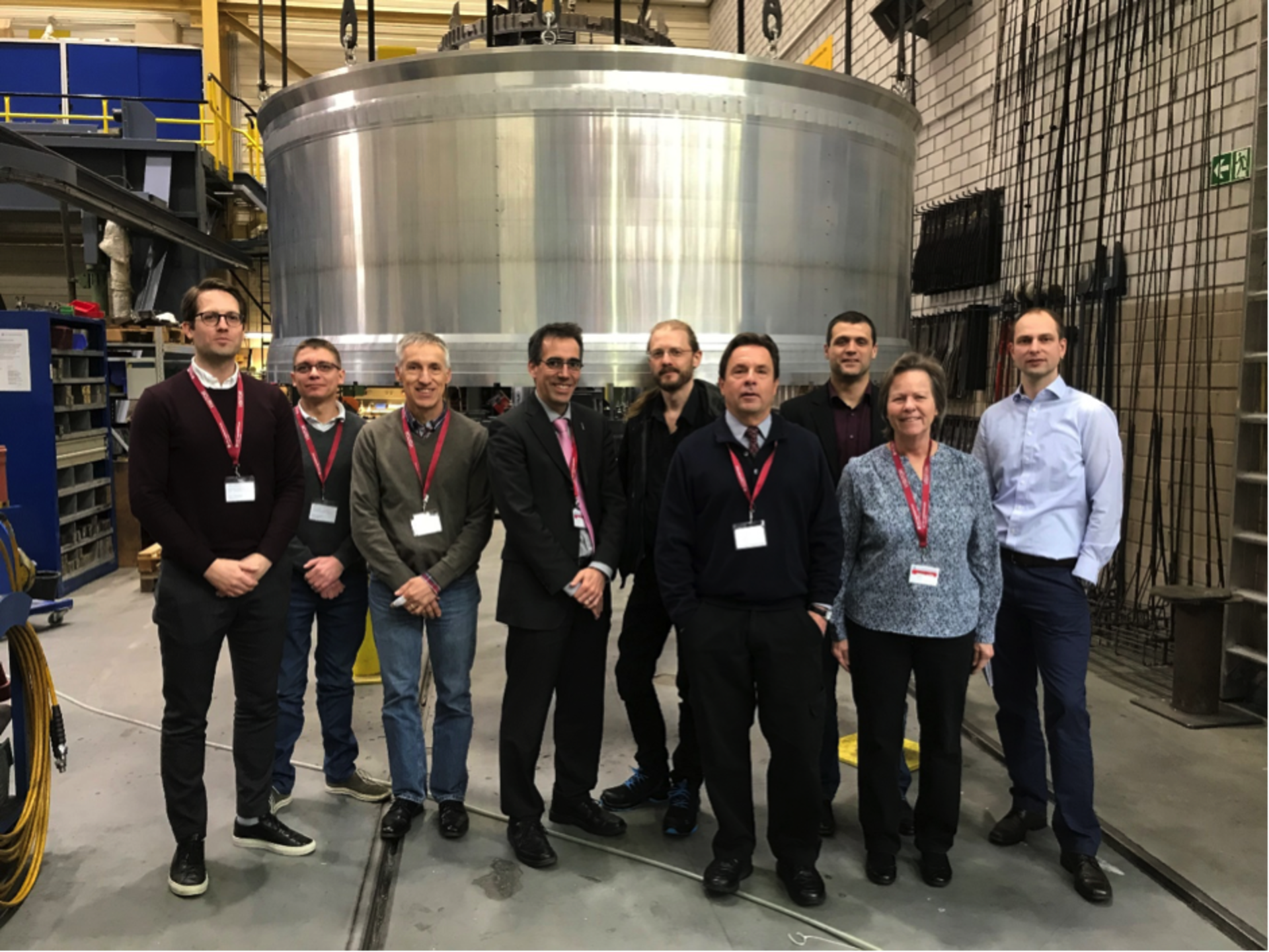 ‘Flow forming’ shapes a metal in a single step and is being trialed to create rocket cylinders that are much cheaper and quicker to make.

Launch vehicle structures must withstand large mechanical loads yet be as light as possible.

“A plain cylinder is heavy but it can be made thinner if reinforced by ‘blades’ welded along the wall or directly machined. This requires multiple steps, many welds, expensive jigs and tools – it is costly, takes time and each step can introduce risks,” explained Jorgen Bru, ESA’s FLPP Technology Manager.

“By contrast, flow forming removes the need for welding. A cylinder is placed over a mandrel with grooves. As external rollers push the metal along, making the tube both thinner and longer, the metal flows into the mandrel’s grooves to create a thin cylindrical skin reinforced with internal blades.

As a result, we gain the performance of a stiffened cylinder at the cost of plain cylinder production.”

The process is known as Integrally Stiffened Cylinder or ISC flow forming. It was first demonstrated on a Black Brant sounding research rocket in 2015 at NASA’s Wallops Flight Facility on a suborbital mission lasting nine minutes. A 43 cm-diameter aluminium integrally stiffened tube formed part of the upper stage.

Based on these promising results, collaboration between ESA and NASA led to a manufacturing test campaign at MT Aerospace in Augsburg, Germany that finished in April 2018. This proved that it was possible to manufacture much larger single-piece elements to 3 m diameter.

In a more recent trial there, ten 3 m cylinders where formed during which engineers investigated the influence of multiple parameters on the forming results and stringer integrity, such as raw part conditioning, feed rate, revolution speed, roller configuration, and total reduction in wall thickness.

Investigations and mechanical tests on the produced cylinders are ongoing; some have been shipped to NASA Langley for further testing and analyses.

“Results from the most recent trial at MT Aerospace showcased the ability of flow forming to create near net 3-m diameter cryogenic tank barrel sections of high quality,” commented John Wagner, Engineer in the Advanced Materials and Processing Branch at NASA Langley Research Center. “In the future, we hope to conduct a structural buckling test to demonstrate the benefits of this process compared to integrally machining the barrel sections.”

Next year, integrally stiffened cylinders will be incorporated in an integrated cryogenic tank demonstrator SCOUT, or Sandwich Common Bulkhead Optimised Upper Stage Tank. Other applications would be non-pressurised elements such as dry bay structures.