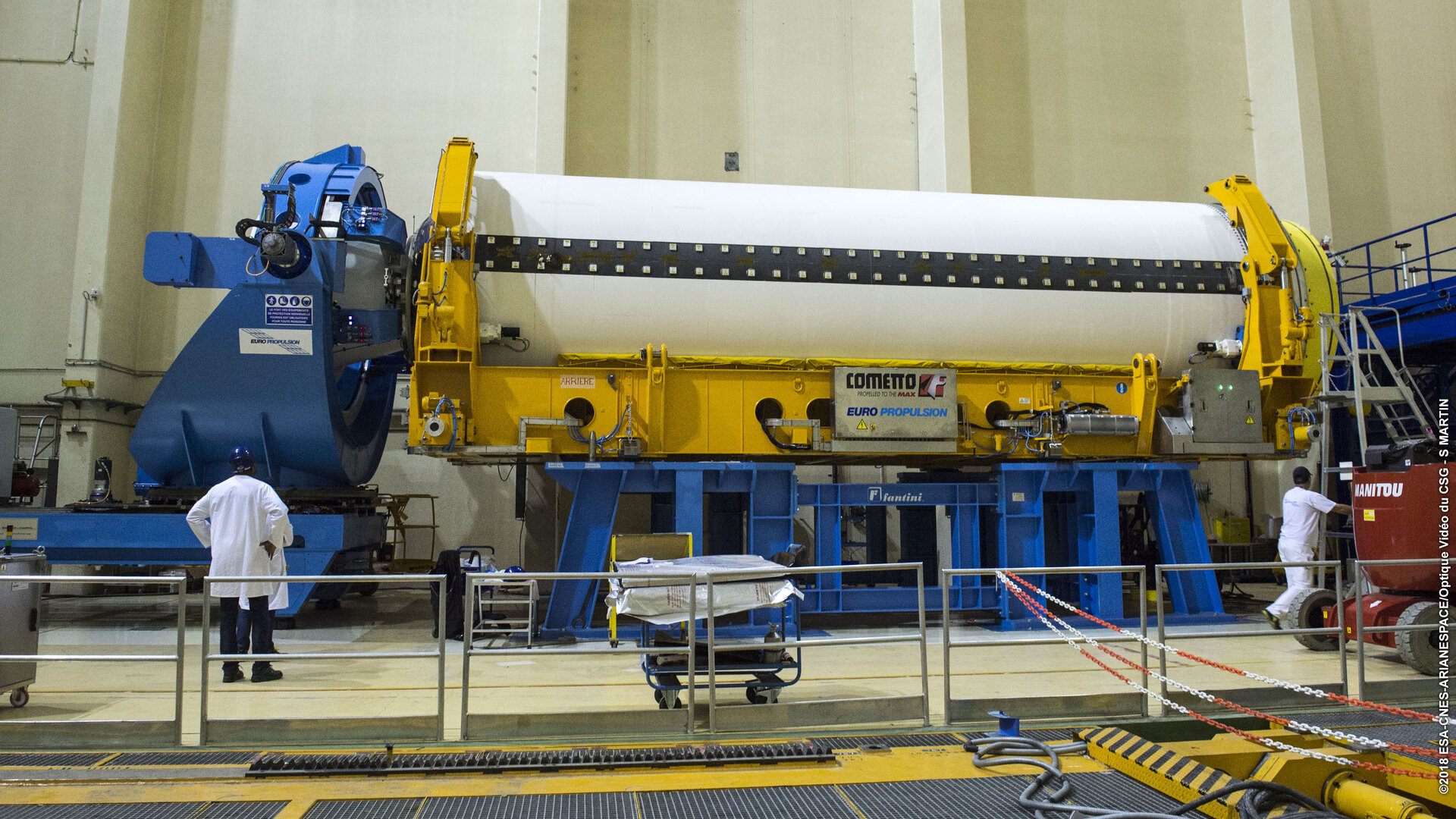 Two models of the common solid rocket motor for Ariane 6 and Vega-C are being prepared and tested at Europe’s Spaceport in French Guiana.

The first full-scale model of the P120C was cast while vertical with 142 tonnes of inert propellant in October. This was left to stabilise, cool and harden – the curing process. The motor was rotated for horizontal integration.

The igniter and nozzle are attached first, the remaining parts will complete the motor.

In two weeks, the inert model will be moved to the test stand. Although it cannot be fired, the procedures and connections will be proved in readiness for the firing of the development model later this year.

Ten kilometres from the stand, the development model is curing with active propellant in the Guiana Propellant Plant.

The P120C is the largest solid-propellant motor ever built in one segment, at almost 11.5 m long and about 3.4 m in diameter. Two or four will be strapped to Ariane 6 as boosters for liftoff. Two boosters will be used on its maiden flight in 2020.

Vega-C is expected to debut in mid-2019 with P120C as the first-stage motor, which will increase performance from Vega’s current 1.5 t to about 2.2 t in a reference 700 km polar orbit.