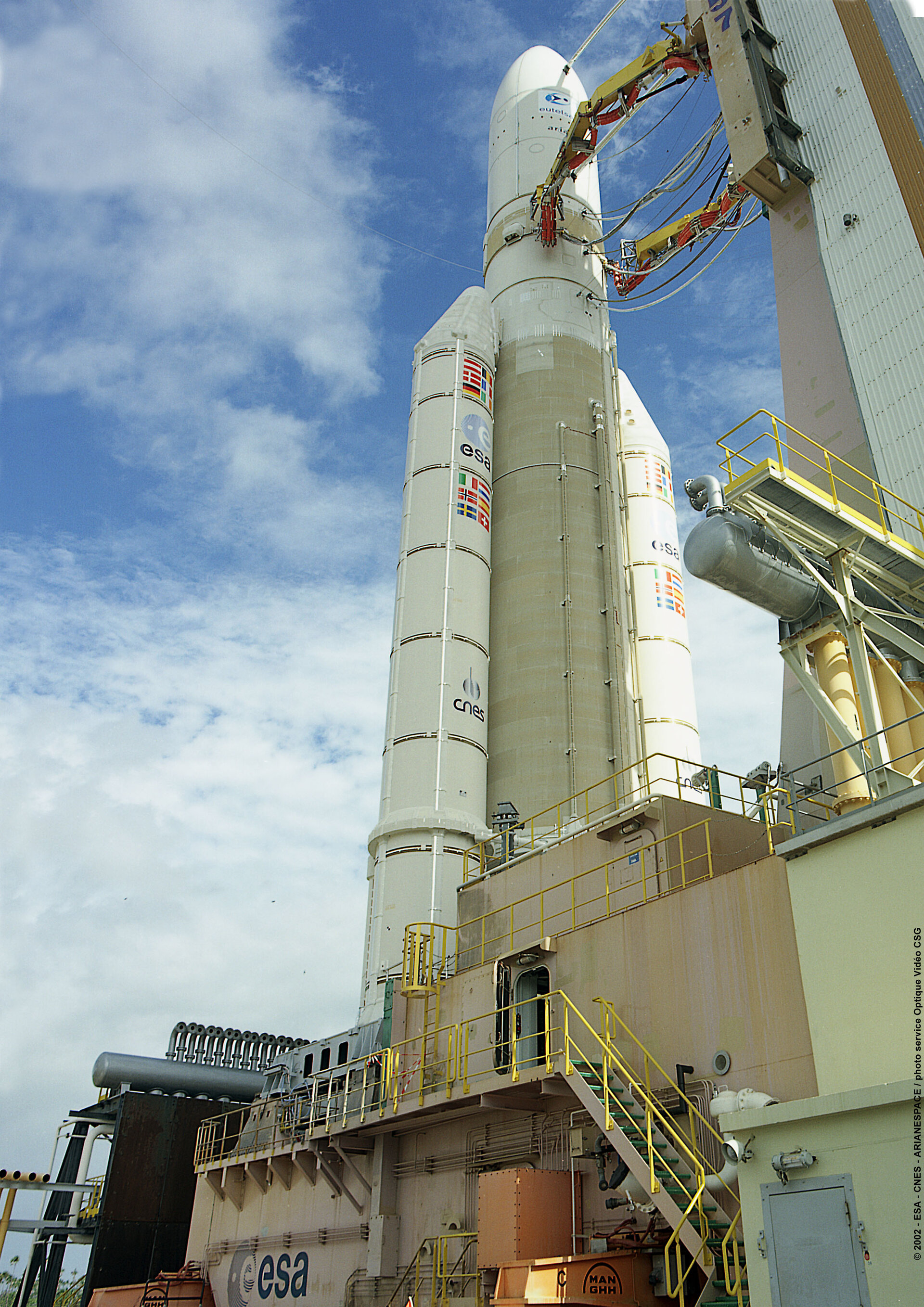 Arianespace press release, Paris 7 January 2003. The Inquiry Board appointed to investigate the failure of Flight 157 submitted its report to Arianespace on January 6, 2003. The board was named last December 13 to establish the causes of the anomaly during the flight of an Ariane 5 ECA on the night of December 11-12, 2002.

As requested, the board established the most probable cause for the mission failure, examined possible consequences for the baseline Ariane 5 launcher version, and recommended actions to correct the problems that occurred during the Ariane 5 ECA flight.

Arianespace has accepted all the recommendations of the board, and will prepare an action plan by January 20 to enable a return to service of the Ariane 5 ECA during the second half of 2003.

Cause of the failure

A complete analysis of all measurements recorded during Flight 157 was carried out, along with a review of documentation concerning production, quality and technical records for the Ariane 5 ECA, as well as for all Ariane 5 flights to date. Also reviewed by the board was the work of production and development teams in Europe. The board's findings confirm that all preparatory and countdown operations for Flight 157 went normally, as did the flight sequence until the separation of the solid boosters.

The report of the Inquiry Board did identify the occurrence of a leak in the of the Vulcain 2 nozzle's cooling circuit during this first flight phase, followed by a critical overheating of the nozzle – which led to a loss of its integrity. This resulted in a major imbalance in the thrust of the Vulcain 2 engine due to the nozzle's deterioration, leading to a loss of control over the launcher's trajectory.

In conclusion, the most probable cause of the failure of Flight 157 was the simultaneous occurrence of two aggravating factors:

The board also noted that it would be difficult to simulate these additional loads during ground tests.

Consequences for the Ariane 5 Baseline

The designs of nozzles on the Ariane 5 Baseline's Vulcain 1 engine and the Vulcain 2 engine for Ariane 5 ECA differ in two main ways:

After reviewing operating data from the Vulcain 1 engine's 12 successful flights, the Inquiry Board did not identify any weaknesses concerning the functioning and resistance of its nozzle. The Inquiry Board nevertheless requested an exhaustive examination of the behavior of the Vulcain 1 engine nozzle, including precise modeling to demonstrate the component’s correct behavior during the flight. These verifications currently are in progress.

The Inquiry Board requested that the following actions be taken:

In view of the specific factors involved in this flight, Arianespace has decided to create a Review Board to make a decision on Tuesday, January 14 regarding the mission's launch date.