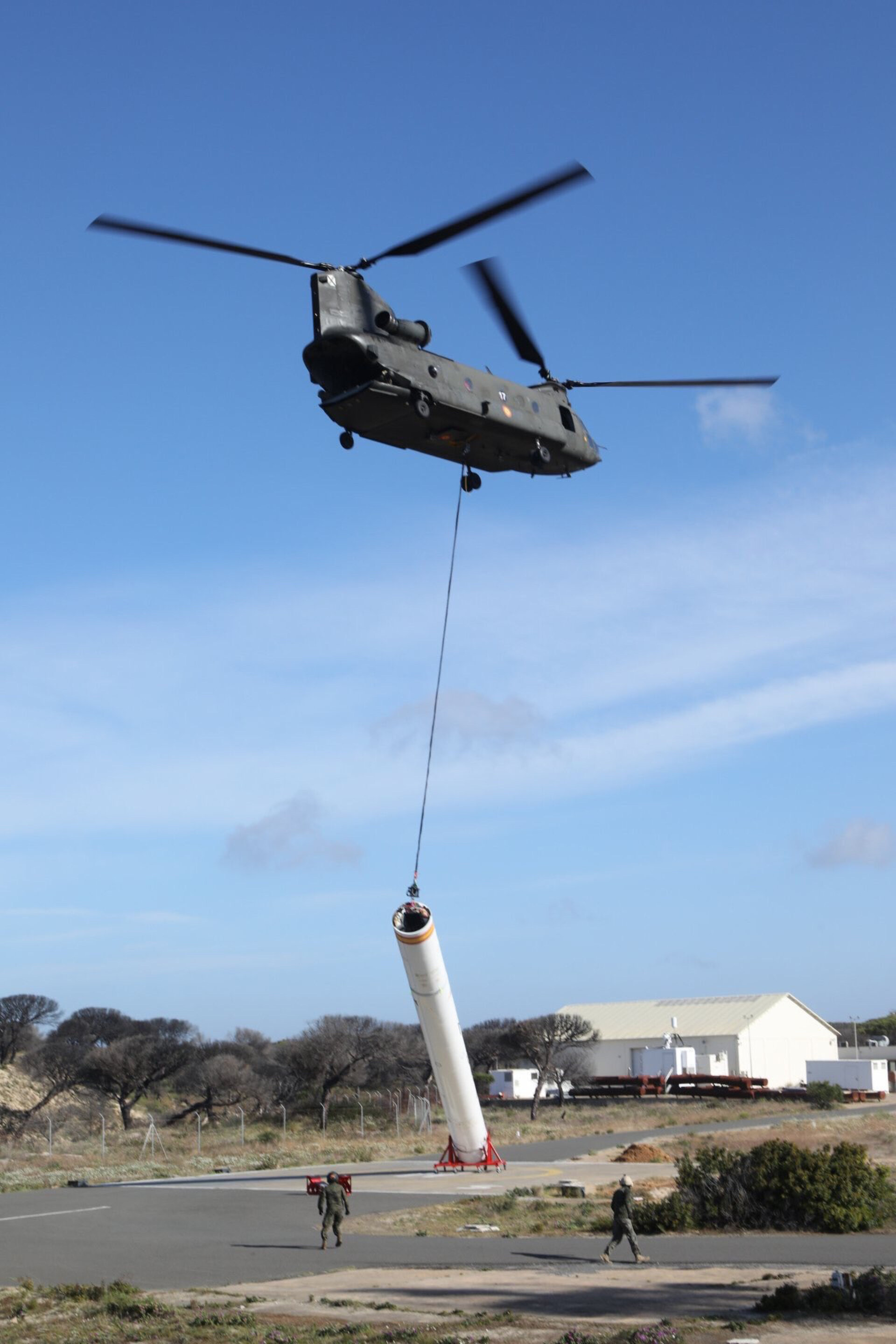 Spain’s PLD Space, supported by ESA, has demonstrated the technologies for a reusable first stage of their orbital microlauncher, Miura 5.

Miura 5 (formerly Arion 2) is aimed to provide dedicated launches for small satellites of up to 300 kg to low Earth orbit, in 2021. It weighs 14 t at liftoff, and is powered by liquid oxygen–kerosene engines.

This drop test was carried out yesterday from El Arenosillo Experimentation Center in Spain. Watch it here.

A Chinook CH-47 helicopter lifted the 15 m long 1.4 m diameter Miura 5 demonstration first stage to an altitude of 5 km then dropped it over a controlled area of the Atlantic Ocean, 6 km off the coast of Huelva in southern Spain.

During the descent, electronic systems inside the demonstrator controlled a carefully timed release of three parachutes to slow it down until its splashdown at a speed of about 10 m/s.

A team of divers recovered the demonstrator and hoisted it onto a tugboat, which returned to the port of Mazagón. The demonstrator looks to be in good shape and will now be transported to PLD Space, in Elche, for inspection and further analysis.

The same parachute system will also be used on their Miura 1 suborbital microlauncher, on track for a first launch this year.

In a next step, PLD Space intends to develop a propulsive landing system in addition to the parachutes.

These technologies are being developed with support from ESA's Future Launchers Preparatory Programme.