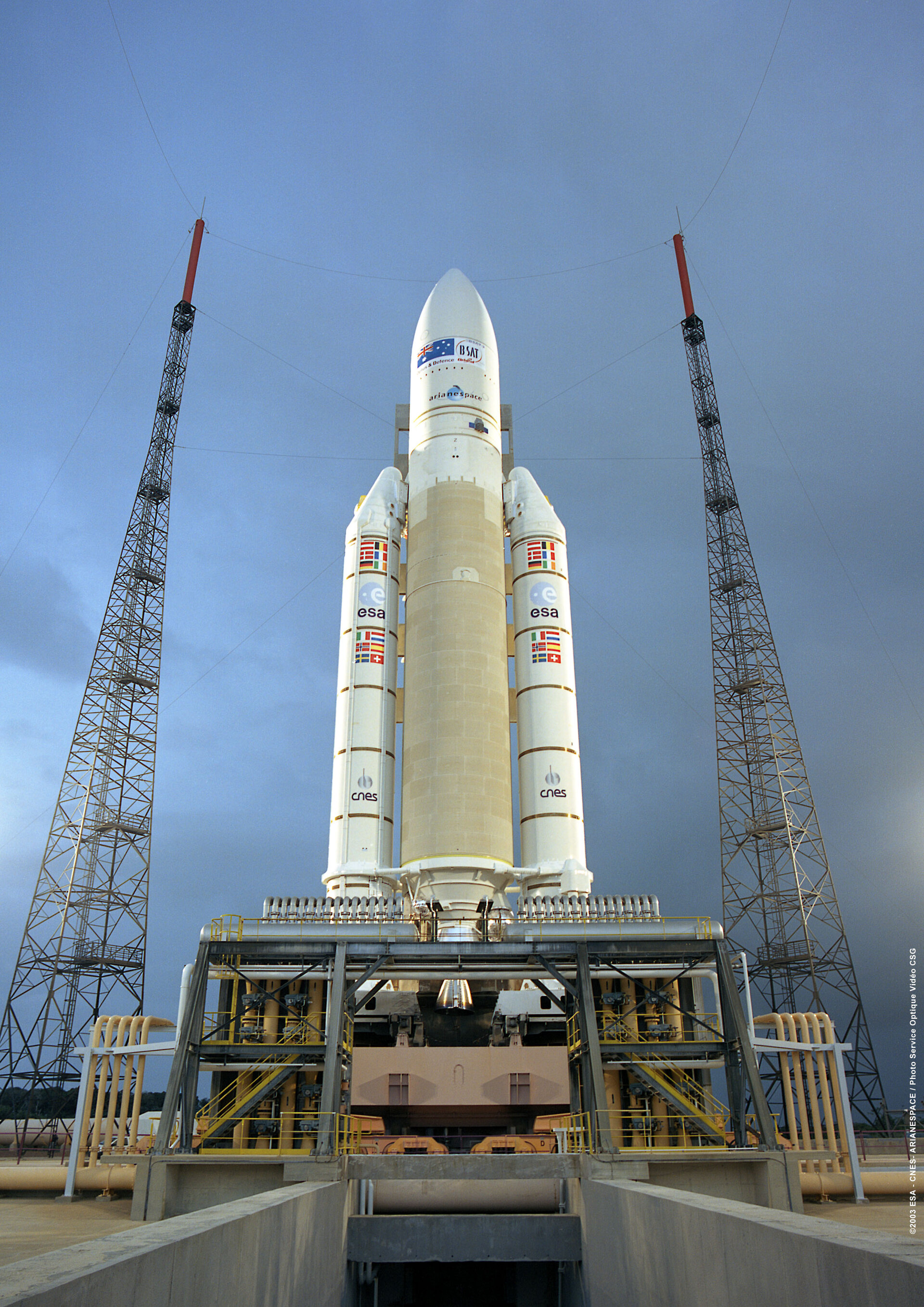 An Ariane launch campaign lasts five weeks. It involves preparation of the launcher stages, their erection and inspection, encapsulation of the payloads, transfer between the various buildings and the final countdown.

The launch campaign can be divided into three specific campaigns that progress in parallel:

All three are performed independently by different teams, but the campaigns are carefully synchronised to ensure that all the components are ready in time.

The satellite and launcher campaigns converge in the Final Assembly Building 12 days before the launch date. Work then begins on mounting the satellite(s) on top of the launcher.

The next step takes place three days before launch when the joint launcher and satellite campaigns converge with the spaceport campaign. Now the final rehearsal for liftoff can take place.

One day before liftoff the Ariane-5 launcher, containing its payload, is transferred from the Final Assembly Building to the launch pad along the rail track. Once the mobile launch table is connected to the launch zone final countdown can begin.

During the final countdown:

“10, 9, 8, …” from behind security glass in the Jupiter Control Centre, 12 km away from the launch pad, the Director of Operations announces the final countdown in the presence of representatives of ESA, Arianespace, CNES, the satellite clients and VIPs.

“… 3,2,1, décollage” the launcher lifts off from the launch table. The Ariane 5 is on automatic pilot and is carefully monitored as it carries its payload into orbit.

Finally, 40 minutes after liftoff, the satellite client receives confirmation that their spacecraft has arrived in the correct orbit. Now, the Ariane-5 mission is complete.