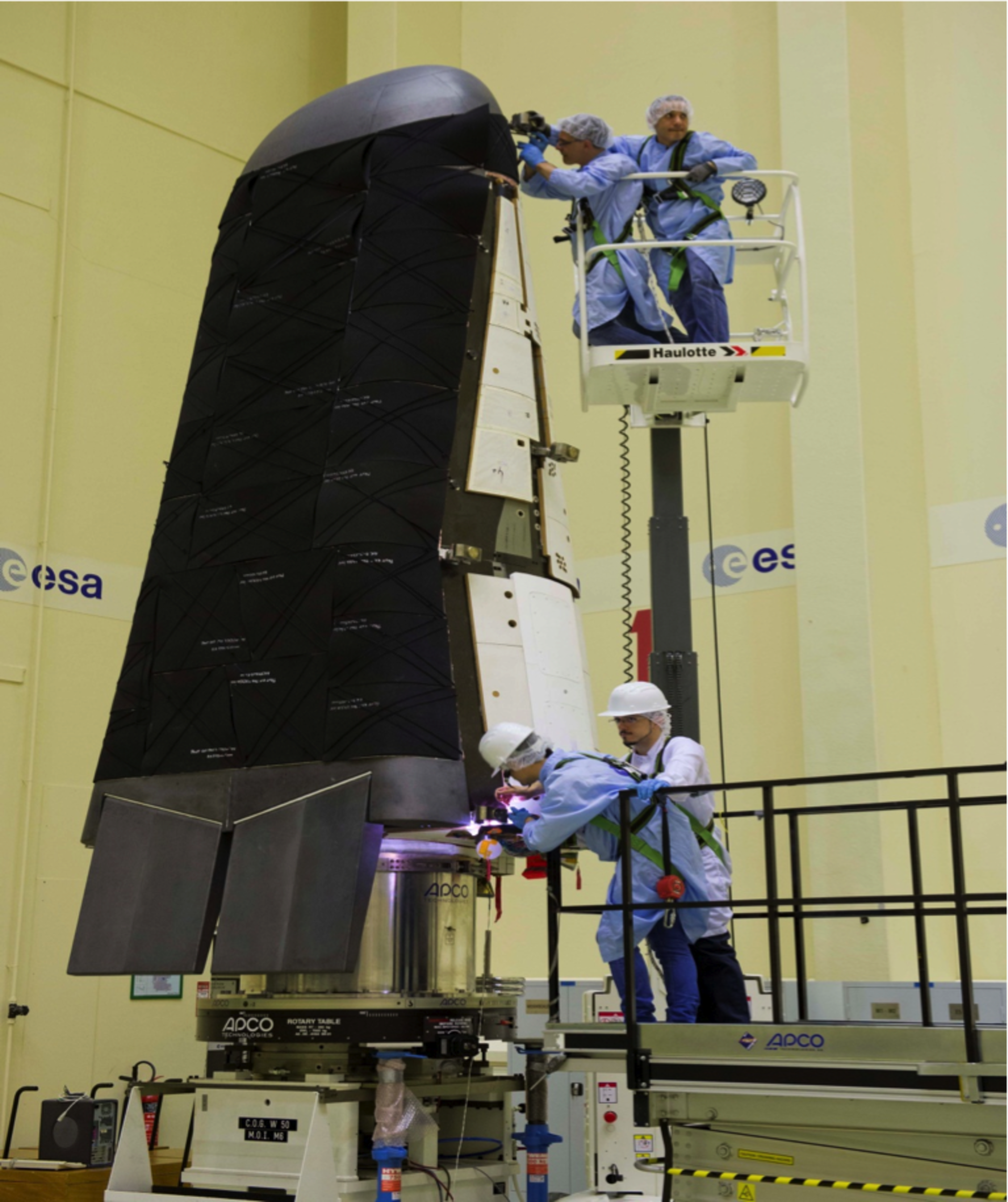 All eyes are on ESA’s spaceplane to showcase reentry technologies after its unconventional launch on a Vega rocket this November.

Instead of heading north into a polar orbit – as on previous flights – Vega will head eastwards to release the spaceplane into a suborbital path reaching all the way to the Pacific Ocean.

Engineers are forging ahead with the final tests on ESA’s Intermediate eXperimental Vehicle, IXV, to check that it can withstand the demanding conditions from liftoff to separation from Vega.

Launched in early November, IXV will flight test the technologies and critical systems for Europe’s future automated reentry vehicles returning from low orbit. This is a first for Europe and those working in the field are keeping a close watch.

The research and industrial community have the chance to use this information for progress in atmospheric reentry, oriented towards transportation systems with applications in exploration, science, Earth observation, microgravity and clean space.

Jose Longo, ESA’s head of aerothermodynamics, said, “The technical advancements that have been made since the first experiments with our Atmospheric Reentry Demonstrator in 1996 are huge,”

“This is the first flight demonstration of features such as highly advanced thermal structures: thrusters and flaps that are part of the control system, and the 300 sensors and infrared camera to map the heating all along the spacecraft from the nose to the flaps. These things just cannot be tested in the same way in laboratories.”

“The fact that ESA’s IXV will be launched on Vega makes this a fully European mission,” noted Stefano Bianchi, ESA’s head of launchers development.

IXV weighs almost two tonnes, close to Vega’s lifting capacity, and will be a tight fit inside the vehicle’s fairing.

“In this mission we are not only monitoring the spacecraft all along its autonomous flight, but also tracking its progress back to Earth to a particular spot – this is different to what we are used to,” said Giorgio Tumino, ESA’s IXV project manager.

When IXV splashes down in the Pacific at the end of its mission it will be recovered by ship and returned to Europe for detailed analysis to assess the performance and condition of the internal and external structures.

The actual performance will be compared with predictions to improve computer modelling of the materials used and the spaceplane’s design.

Such is the enthusiasm and interest of industry in the opportunities associated with reentry technologies that the third IXV workshop in ESA’s Technical Centre, ESTEC, in Noordwijk, the Netherlands was packed out last week.

“It is very encouraging to see such interest in this programme,” added Giorgio. “Follow-up activities to this mission will build on the current industrial organisation and associated technologies will provide opportunities to newcomers.”