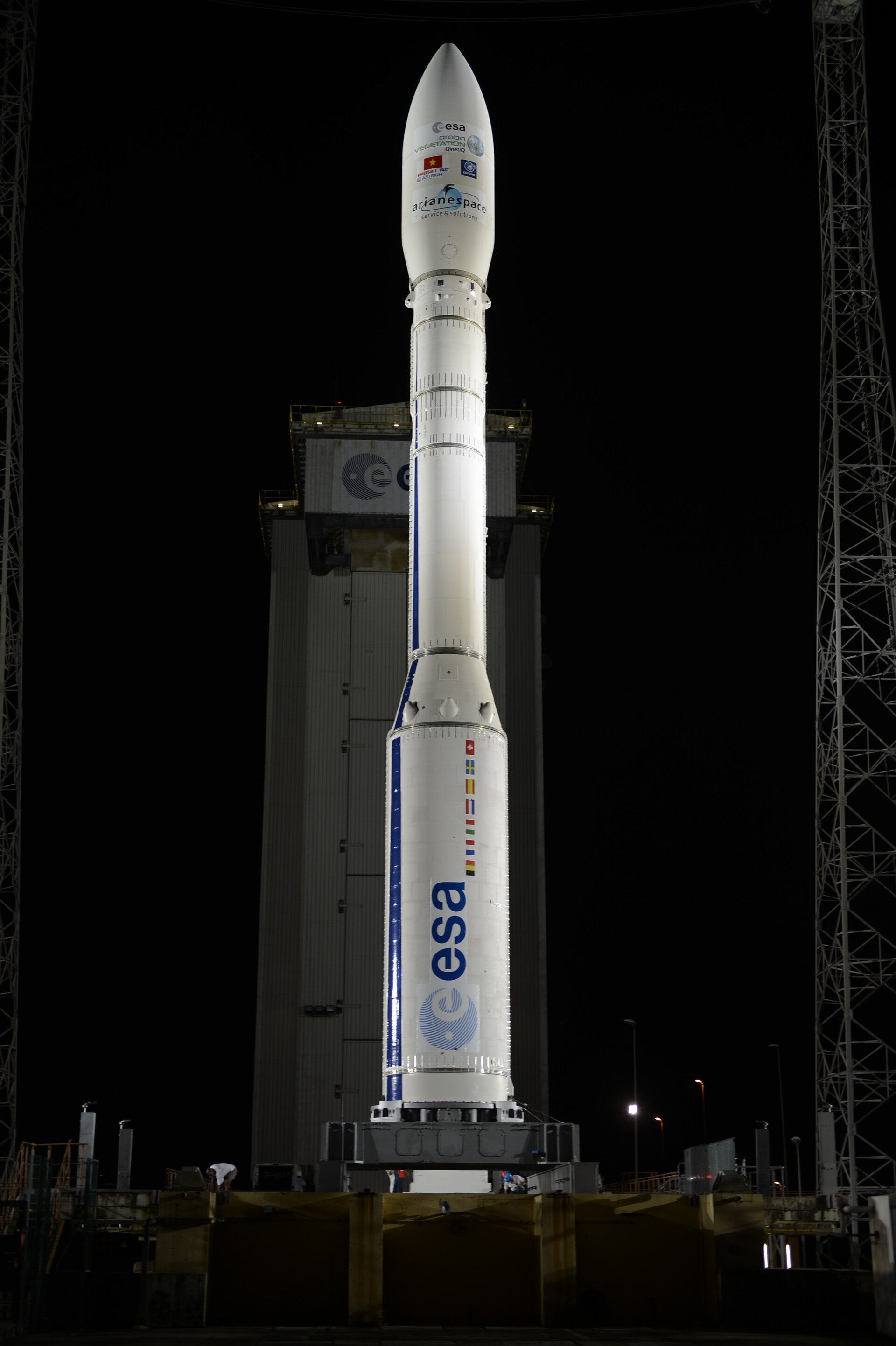 The second Vega flight, due on 4 May from Europe’s Spaceport in French Guiana, has been postponed. The countdown was proceeding normally until it was halted 30 minutes before the planned liftoff owing to unfavourable weather conditions in the upper atmosphere.

The strong easterly winds at low and medium altitude were a potential risk requiring the launch to be postponed until they weaken to an acceptable level. Regular balloon measurements are being taken to evaluate their evolution.

Both the launcher and payloads are in a stable and ready condition awaiting the restart of the countdown. They can be held like this for several days.

Vega VV02 is carrying three satellites. The prime payload is Proba-V, the first of four ESA missions in the Vega Research and Technology Accompaniment – VERTA – programme to demonstrate the system’s flexibility.

Proba-V has a reduced version of the Vegetation camera currently flying on the Spot satellites to provide a daily overview of global vegetation growth. The companion satellites are Vietnam's VNREDSat-1 and Estonia's ESTCube-1.