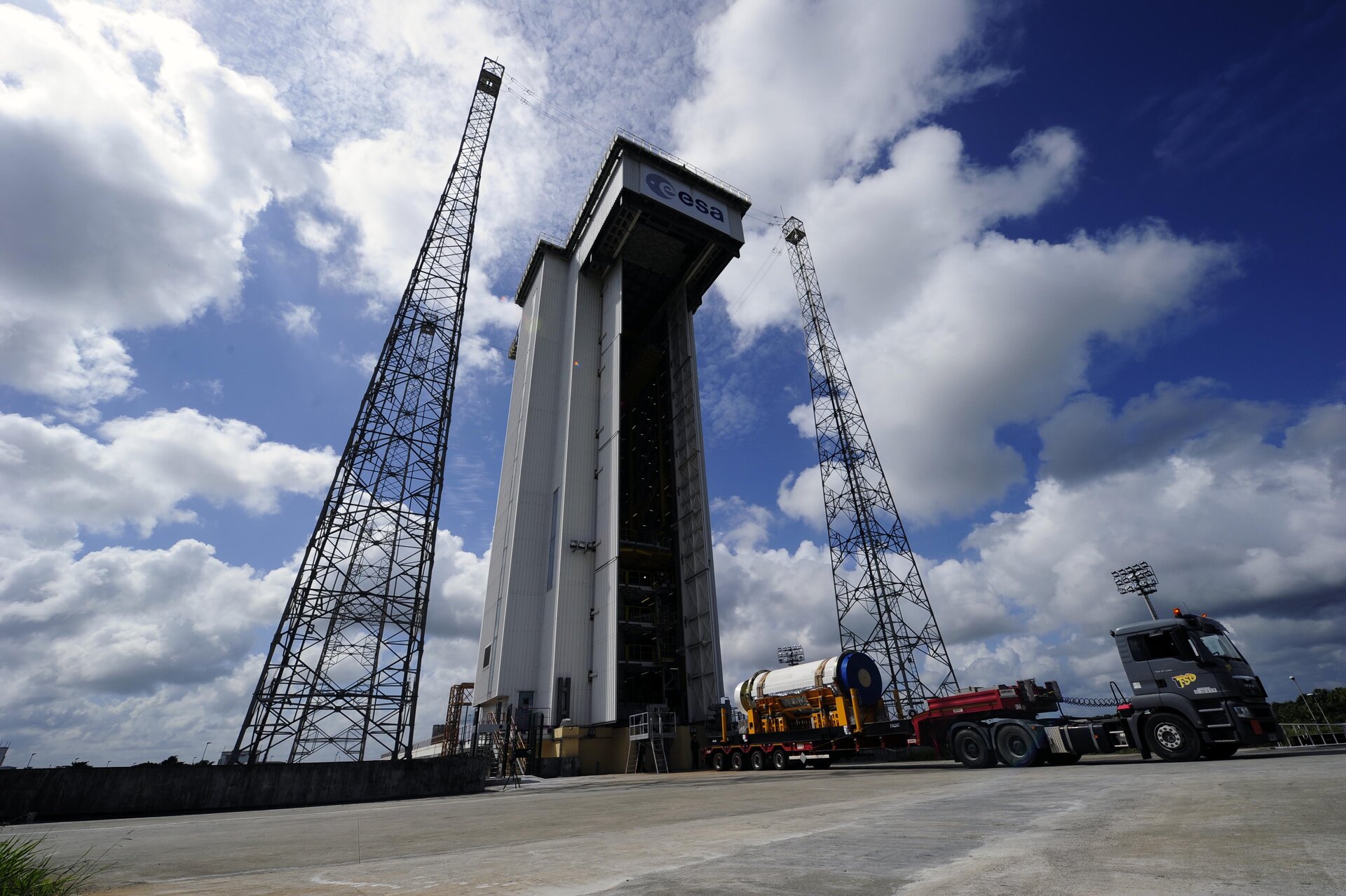 The integration of Vega’s first, second and third stages is now complete at Europe’s Spaceport in French Guiana. The new rocket is moving full speed ahead towards its maiden flight at the end of January.

The first Vega launch campaign began in November with the installation and testing inside the mobile gantry of the hundred-tonne solid-propellant first stage, the P80, and the Interstage-1/2 structure that links the first two stages.

The next step was to move the 30-tonne solid-propellant second stage, the Zefiro-23, from the Vega Booster Storage and Preparation Building, to the pad. As with the P80, the second stage underwent final acceptance, including testing of its thrust vector control system.

Finally, the 10-tonne Zefiro-9 solid-propellant third stage was added on top of the launcher last week, marking another milestone of the campaign. Electrical and functional tests are now underway.

The second and last Flight Readiness Review, held on 7 December, gave the go-ahead for the final preparation and launch.

In the coming days, the AVUM – Attitude &Vernier Upper Module – liquid-propellant fourth stage will be moved to the pad and added to the launcher.

Final preparations for launch in January

In parallel to the launcher activities, the LARES laser relativity satellite from Italy’s ASI space agency has undergone initial fit checks with the payload adapter and fairing.

By the end of the year, LARES and at least six small CubeSats and ALMASat-1 from European universities will be ready and enclosed in the fairing, well in time for the launch.

January will see the integration of the ‘upper composite’ – the fairing and payload – followed by final checkout of the fully integrated launcher and the countdown rehearsal.

The launch window for Vega’s maiden flight, VV01, opens on 26 January and closes in the first week of February.

This flight will pave the way for ESA’s missions to demonstrate flexibility and for commercial missions operated by launch provider Arianespace.