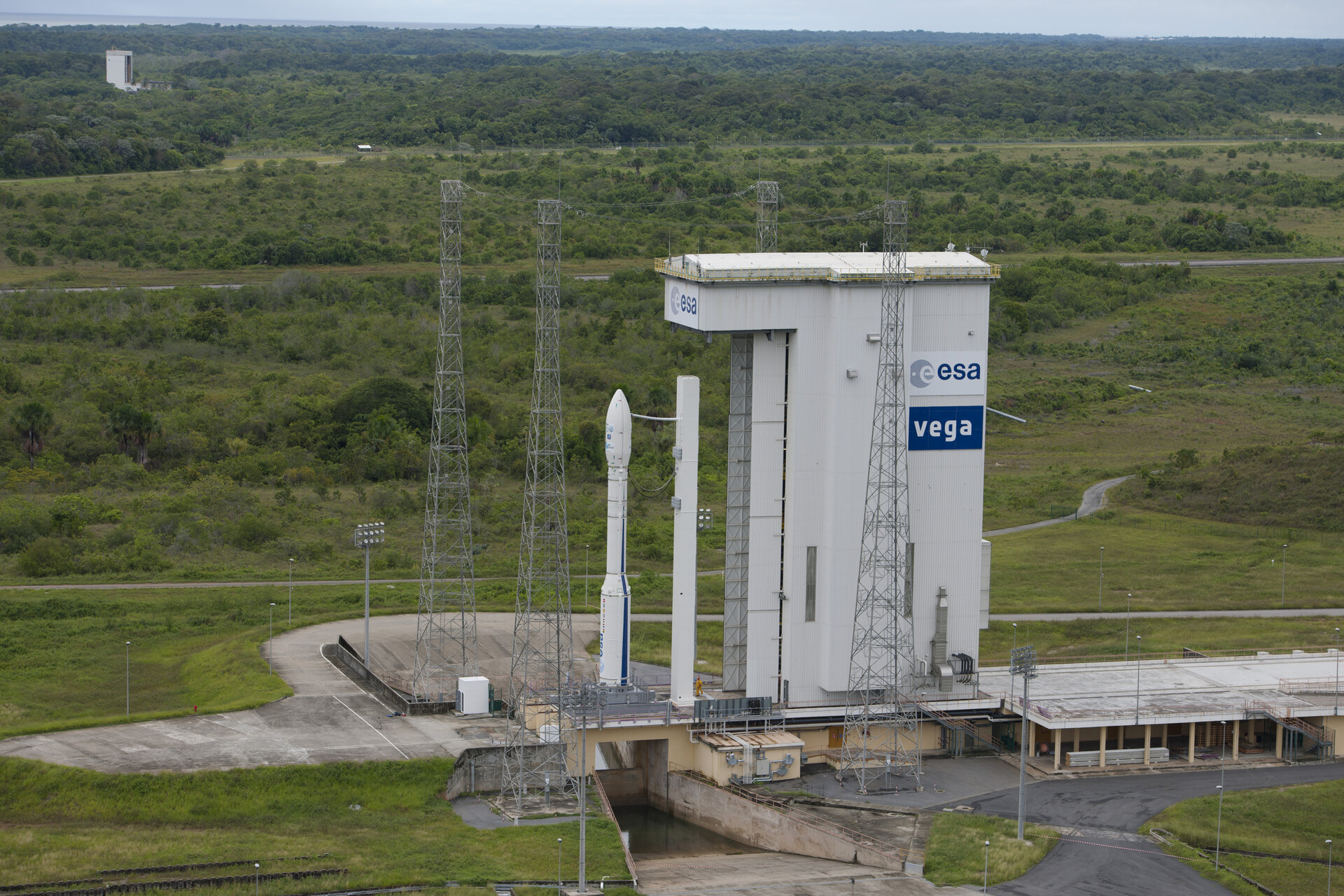 The second Vega launch marks the start of the transition to commercial exploitation, showcasing a mature launcher with increased capabilities and flexibility to meet the different demands of the launchers market.

On 3 May, Vega flight VV02 will demonstrate extended capabilities made possible in part by the addition of the Vespa payload adapter.

The Vespa, or ‘Vega Secondary Payload Adapter’, can carry multiple payloads and, on this mission, it will release three satellites into two different orbits.

The Proba-V prime payload is the first of four ESA missions to use Vega as part of the Vega Research and Technology Accompaniment - VERTA - programme to demonstrate the system’s flexibility. Proba-V carries a reduced version of the Vegetation camera currently flying on the Spot satellites to provide a daily overview of global vegetation growth.

The Vietnam Natural Resources, Environment and Disaster Monitoring Satellite – VNREDSat-1A – was built by Astrium for the Vietnamese government.

ESTCube-1 will test advanced solar sail technologies and help to establish an Estonian infrastructure for future space projects – it also showcases the possibility offered by this launcher to carry cubesats, a nice opportunity for European Member States to make simple space missions.

Compared to the first Vega flight, VV02 will change both the inclinations and the orbital altitudes for the satellites. This is a complex procedure and will result in a much longer mission – at 160 minutes it is more than double that of VV01.

A final burn will deorbit the upper stage to ensure that it does not remain as a debris threat.

In addition to the Vespa adapter, this second Vega launcher also has new flight software.

To receive telemetry during the early phase of the flight, a new ground station has been built in the north of French Guiana.

In view of the coming commercial operations, this will be the first Vega launch operated by Arianespace on behalf of ESA, although ESA still remains responsible for the mission.

Arianespace has been responsible for the procurement, acceptance and integration of the vehicle, managing the launch service and marketing. As stipulated in the VERTA programme, this launch should ease the way towards full autonomy of Arianespace and industry in exploiting this light-lift launcher.