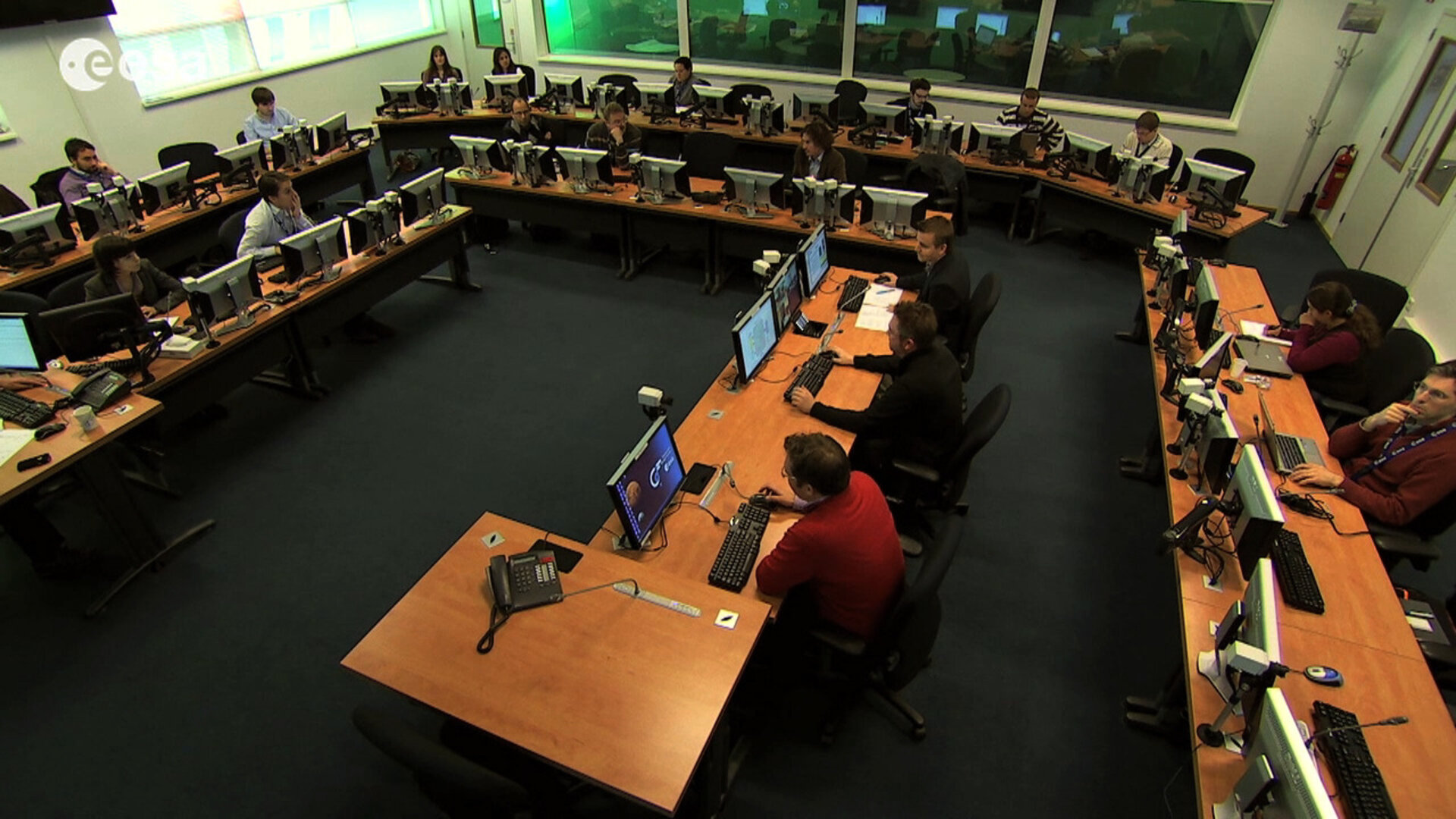 With today’s rate of 70–90 launches a year, an increasing number of launches injecting 30 or more small satellites into orbit at once, and assuming future break-ups will continue at mean historical rates of four to five per year, the number of objects in space is expected to increase steadily.

As a consequence of the rising object count, the probability of catastrophic collisions will also grow.

The most effective short­term means of reducing the space debris growth rate is through the prevention of in­orbit explosions (via passivation of space objects at the end of their operational life) or collisions (via collision avoidance manoeuvres while the objects are still active).

In addition, strong compliance with post-mission disposal guidelines is the most effective long-­term means of stabilising the space debris environment at a safe level.

Furthermore, the removal of mass (5–10 large objects per year) from regions with high object densities and long orbital lifetimes may be also necessary in order to stabilise the growth of the space debris population.

This must begin now, as ESA’s internal studies show that continuous removal actions starting in 2060 would be 25% less effective in comparison to an immediate start.

Both types of mitigation measures need to be applied broadly and in a timely manner to avoid uncontrolled growth of the debris environment. If mitigation concepts are applied insufficiently, or too late, some orbit regions, particularly the valuable 800–1400 km altitude, may experience a collisional cascading process that could render these regions too dangerous for space activities within a few decades.

In order to remove mass from densely populated orbits, it is recommended that satellites and orbital stages be commanded to reenter Earth’s atmosphere within 25 years of mission completion, if their deployment orbit altitude is below 2000 km (in the LEO region).

For satellites and orbital stages in or near the geostationary ring, reorbiting after mission completion to a ‘graveyard orbit’ is the only viable option. The recommended reorbit altitude is about 300 km above the GEO ring. This guarantees that the reorbited object will never interfere with operational GEO satellites. Both the LEO and GEO regions are denoted as ‘protected regions’, owing to their commercial and scientific value.

Other regions of space have not yet reached a ‘protected’ status. However, satellites in navigation constellations (including Galileo, GPS and Glonass) also perform reorbit manoeuvres to clear their valuable operational orbit.

From these regions, there are possible disposal orbits that ensure a return into Earth’s atmosphere within a limited period.

Satellites going to Lagrange points should also perform an end-of-life manoeuvre to clear the region for other spacecraft, as well as to ensure that the satellite will not come back to Earth in an uncontrolled way.

An important part of the end-­of-­life disposal of a space system is passivation.

During passivation, all latent energy reservoirs of a satellite or orbital stage are depleted to prevent an accidental post­-mission explosion. Such passivation measures may include depletion burns, fuel and/or pressurant venting, the discharging of batteries and the inhibiting of pyro devices.

Meeting the on-­ground safety requirements in case of an uncontrolled reentry must be considered during the design of space systems, through a concept named ‘design for demise’. 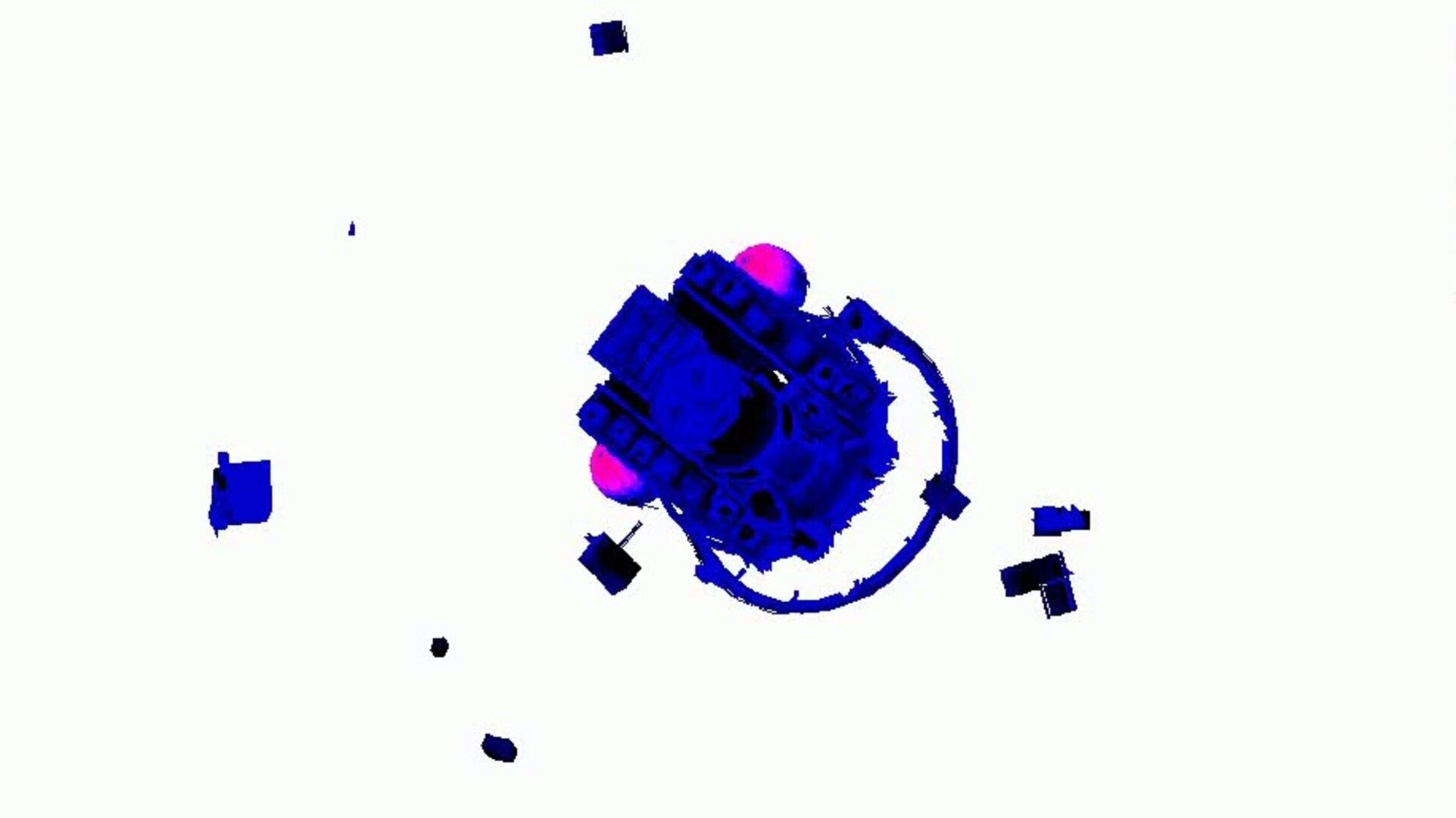 In 2015, Integral was reorbited and will reenter safely in 2029, simulated here
Access the video

It is in fact an engineering process established for the intentional design, assembly, integration and testing of spacecraft so that the space system will fragment in a desired way during reentry and not cause a threat to people or property on Earth. 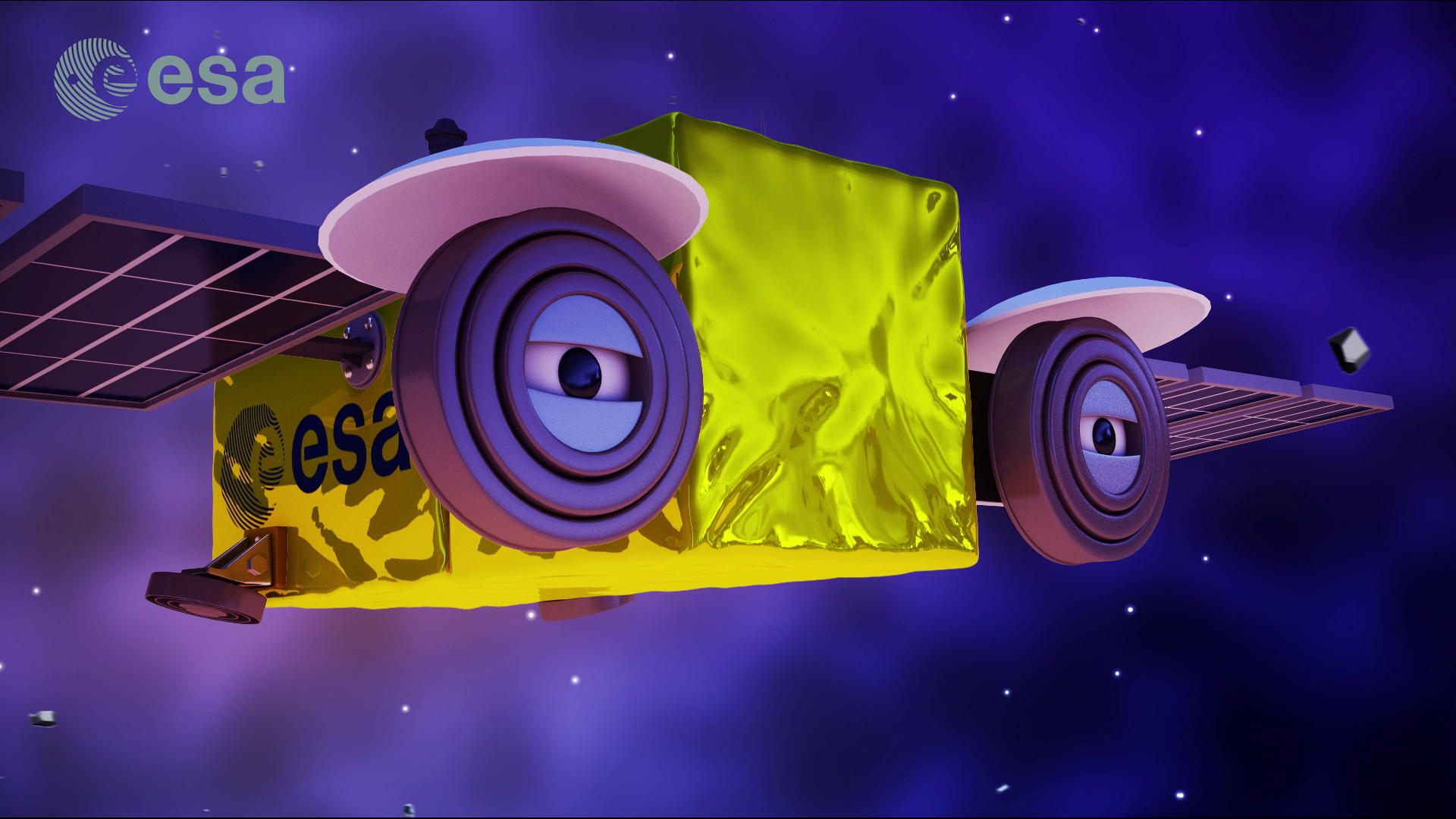 ESA is playing a leading role in the implementation of space debris mitigation measures.

Since 1997, Ariane orbital stages have performed a controlled fuel/pressurant venting and battery discharging. No explosive break­ups have occurred for Ariane stages launched after 1997.

In 2011, ESA implemented dedicated end-of mission operations for its European Remote Sensing (ERS-2) satellite, which had been operational for over 16 years. During these operations, the remaining orbital lifetime was significantly reduced from more than 200 years to well below 15 years, and all residual fuel was consumed. This effectively reduced the risks of collision and accidental break-up by orders of magnitude.

In 2013, ESA’s astronomy satellites Planck and Herschel, which were in a Lagrange-point orbit, were injected into orbits around the Sun after their missions were completed, in order to avoid creating a collision threat or reentry hazard.

In 2015, two large orbit-change manoeuvres were implemented for ESA’s Integral and Cluster-2 missions. These manoeuvres ensured that both will reenter Earth’s atmosphere during the next decade in a safe way, and avoid long-term interference with the protected LEO and GEO regions.

ESA has also reorbited all GEO satellites controlled by the Agency (several of them well before the existence of any international guidelines).

Furthermore, since the mid­-1990s, ESA has performed collision avoidance for their LEO satellites.

Via ESA’s Clean Space initiative, the agency is committed to the development and testing of novel technological concepts aimed at the mitigation of space debris generation. Those activities are grouped under the CleanSat project.

In 2007 these guidelines were approved by the 63 STSC member nations as voluntary high­level mitigation measures.

Since the mid­1990s, space agencies in Europe have developed more technically oriented guidelines as a European Code of Conduct, which was signed by ASI, UKSA, CNES, DLR and ESA in 2006.

The core elements of this Code of Conduct are in line with the IADC and UN guidelines; in order to tailor the Code of Conduct to the needs of ESA projects, ESA has developed its own Requirements on Space Debris Mitigation for Agency Projects. These instructions came into force on 1 April 2008.

These have since been superseded by the 2011 ISO standard 24113 on debris mitigation requirements. This standard was adopted by the European Cooperation for Space Standardization, whose standards, via a formal ESA ADMIN/IPOL instruction, are applicable to all ESA projects. ESA supports the adoption of these requirements by the development of dedicated handbooks and standards on their verification.

Space debris mitigation guidelines provide a framework for ‘what’ needs to be done. The ‘how’ mitigation measures must be implemented is specified in a more formal manner, via international standards, or via binding national requirements for the design and operation of space systems.

Such common standards guarantee a level field for industrial competition and for safe access to space into the future. International debris mitigation standards have been developed at ISO, such as in ISO­24113. The European Cooperation on Space Standardization (ECSS) adopted ISO­24113 in the space sustainability branch.

Experts from ESA regularly support these developments and their harmonisation with existing guidelines and requirements, such as in the ECSS. The ultimate ISO standards on space debris mitigation, however, will remain non­binding (as is true for any ISO standard).

The next step after technical definition and international standardisation is the transfer of guidelines into actual regulations. While some countries have already taken this step and reflected space debris mitigation in their national regulations, worldwide implementation is still pending.

In this context, the Scientific and Technical Subcommittee of UNCOPUOS recently achieved consensus on a set of guidelines that address this important implementation of regulations in UN Member States.