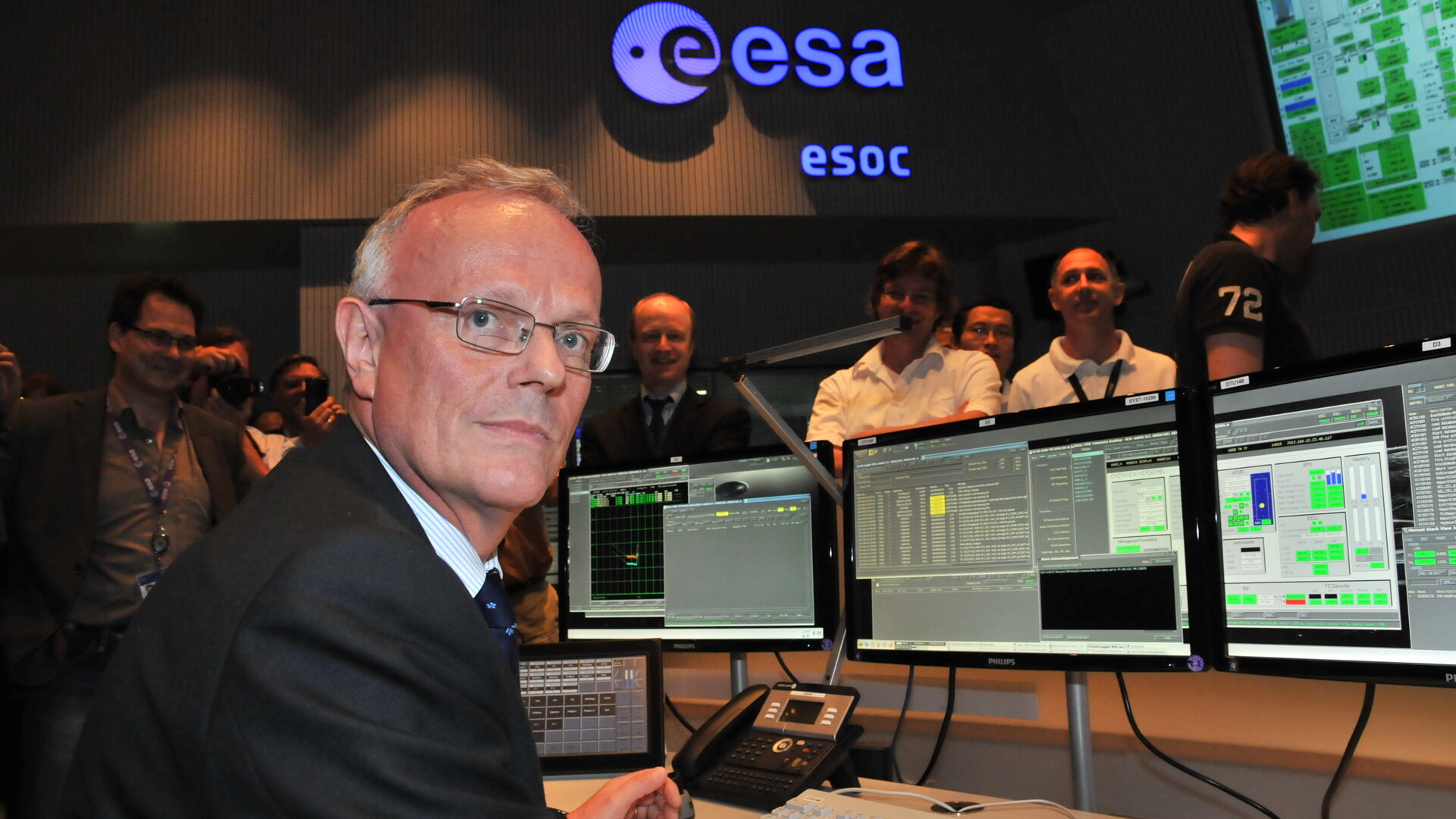 With the exhaustion of its helium coolant, Herschel’s science mission ended on 29 April. But the stalwart satellite continued providing value to the end, serving as an orbiting testbed for control techniques that can’t normally be tested in flight.

Herschel’s science mission had already ended in April upon exhaustion of the crucial liquid helium that cooled the observatory’s instruments close to absolute zero.

However, the spacecraft had to be kept active for a few more weeks, during which the final manoeuvres and passivation activities were to be performed.

Almost immediately after helium exhaustion, engineers at ESA’s European Space Operations Centre (ESOC) in Darmstadt also seized the rare opportunity to conduct a series of technology tests on the satellite, which remained fully functional although no longer capable of scientific observation.

“Normally, our top goal is to maximise scientific return, and we never do anything that might interrupt observations or put the satellite at risk,” says Micha Schmidt, Herschel’s Spacecraft Operations Manager at ESOC.

“But the end of science meant we had a sophisticated spacecraft at our disposal on which we could conduct technical testing and validate techniques, software and the functionality of systems that are going to be reused on future spacecraft. This was a major bonus for us.”

Micha says that requests for in-orbit validation and analysis of hardware and software came from the mission control teams at ESOC, from the European industry teams that built the satellite and its components and from science instrument teams.

“For example, the ExoMars team asked us to do some validation using Herschel’s Visual Monitoring Camera, a similar model will fly on their mission. And the Euclid team asked us for some reaction wheel tests.”

The final command issued today was the last step in a complex series of flight control activities and thruster manoeuvres designed to take Herschel into a safe disposal orbit around the Sun and passivate its systems.

The most spectacular event came on 13–14 May , when Herschel depleted most of its fuel in a record 7-hour, 45-minute thruster burn.

This was the main manoeuvre in a series that ensured the satellite was boosted away from its operational orbit around the L2 Sun–Earth Lagrange Point and into a heliocentric orbit, further out and slower than Earth’s.

The last thruster burn came today, ensuring that all fuel is depleted.

This marked the moment for the flight control team to send the final command via ESA’s 35 m-diameter deep-space antenna at New Norcia, Australia.

“Herschel has not only been an immensely successful scientific mission, it has also served as a valuable flight operations test platform in its final weeks of flight. This will help us increase the robustness and flexibility of future missions operations,” noted Paolo Ferri, ESA’s Head of Mission Operations.