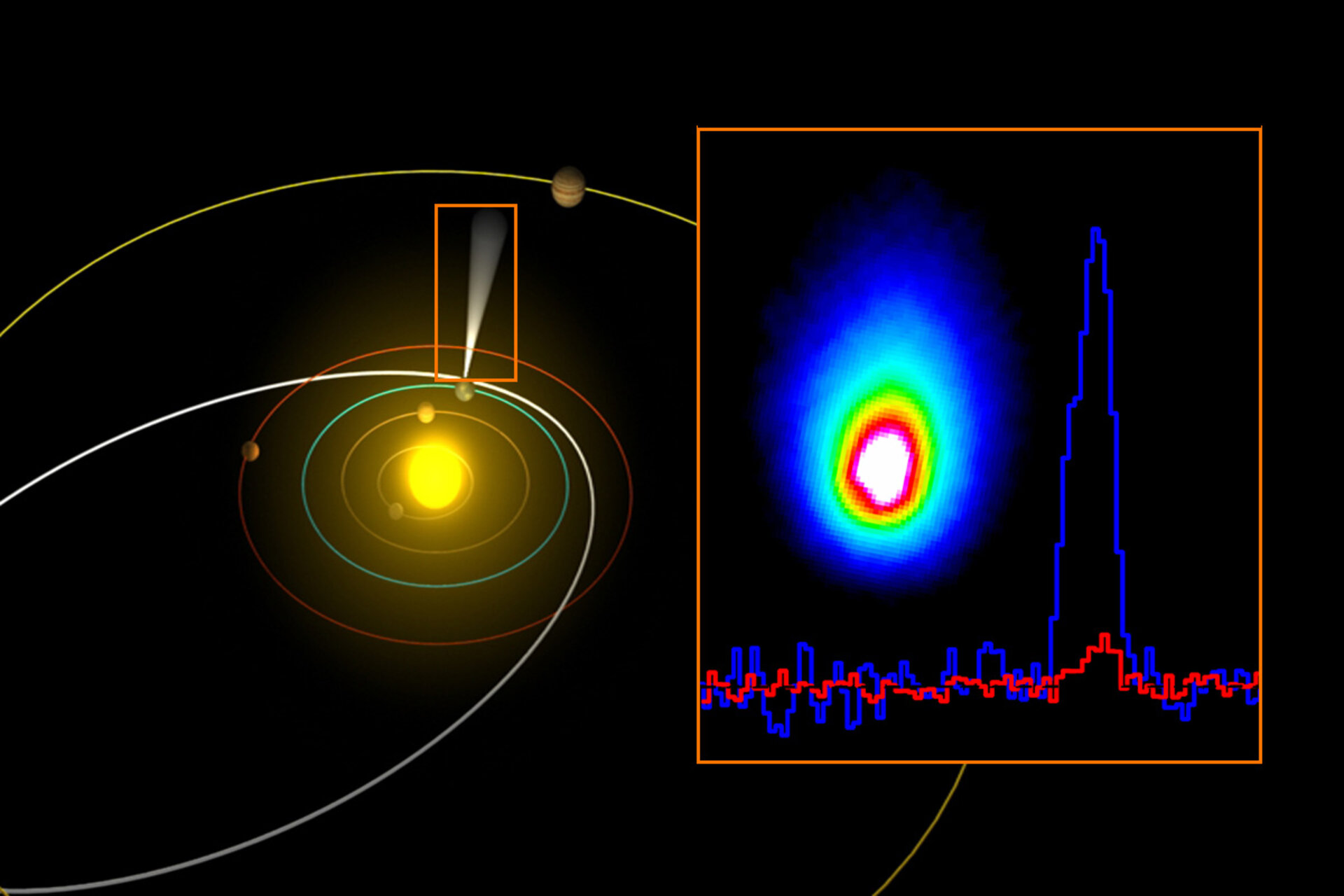 ESA's Herschel infrared space observatory has found water in a comet with almost exactly the same composition as Earth's oceans. The discovery revives the idea that our planet's seas could once have been giant icebergs floating through space.

The origin of Earth's water is hotly debated. Our planet formed at such high temperatures that any original water must have evaporated. Yet today, two-thirds of the surface is covered in water and this must have been delivered from space after Earth cooled down.

Comets seem a natural explanation: they are giant icebergs travelling through space with orbits that take them across the paths of the planets, making collisions possible. The impact of comet Shoemaker-Levy 9 on Jupiter in 1994 was one such event. But in the early Solar System, when there were larger numbers of comets around, collisions would have been much more common.

However, until now, astronomers' observations have failed to back up the idea that comets provided Earth's water. The key measurement they make is the level of deuterium – a heavier form of hydrogen – found in water.

All the deuterium and hydrogen in the Universe was made just after the Big Bang, about 13.7 billion years ago, fixing the overall ratio between the two kinds of atoms. However, the ratio seen in water can vary from location to location. The chemical reactions involved in making ice in space lead to a higher or lower chance of a deuterium atom replacing one of the two hydrogen atoms in a water molecule, depending on the particular environmental conditions.

Thus, by comparing the deuterium to hydrogen ratio found in the water in Earth's oceans with that in extraterrestrial objects, astronomers can aim to identify the origin of our water.

All comets previously studied have shown deuterium levels around twice that of Earth's oceans. If comets of this kind had collided with Earth, they could not have contributed more than a few percent of Earth's water. In fact, astronomers had begun to think that meteorites had to be responsible, even though their water content is much lower.

Now, however, Herschel has studied comet Hartley 2 using HIFI, the most sensitive instrument so far for detecting water in space, and has shown that at least this one comet does have ocean-like water.

"Comet Hartley's deuterium-to-hydrogen ratio is almost exactly the same as the water in Earth's oceans," says Paul Hartogh, Max-Planck-Institut für Sonnensystemforschung, Katlenburg-Lindau, Germany, who led the international team of astronomers in this work.

The key to why comet Hartley 2 is different may be because of where it was born: far beyond Pluto, in a frigid region of the Solar System known as the Kuiper Belt.

The other comets previously studied by astronomers are all thought to have formed near to Jupiter and Saturn before being thrown out by the gravity of those giant planets, only to return much later from great distances.

Thus the new observations suggest that perhaps Earth's oceans came from comets after all – but only a specific family of them, born in the outer Solar System. Out there in the deep cold, the deuterium to hydrogen ratio imprinted into water ice might have been quite different from that which arose in the warmer inner Solar System.

Herschel is now looking at other comets to see whether this picture can be backed up.

"Thanks to this detection made possible by Herschel, an old, very interesting discussion will be revived and invigorated," says Göran Pilbratt, ESA Herschel Project Scientist.

"It will be exciting to see where this discovery will take us."