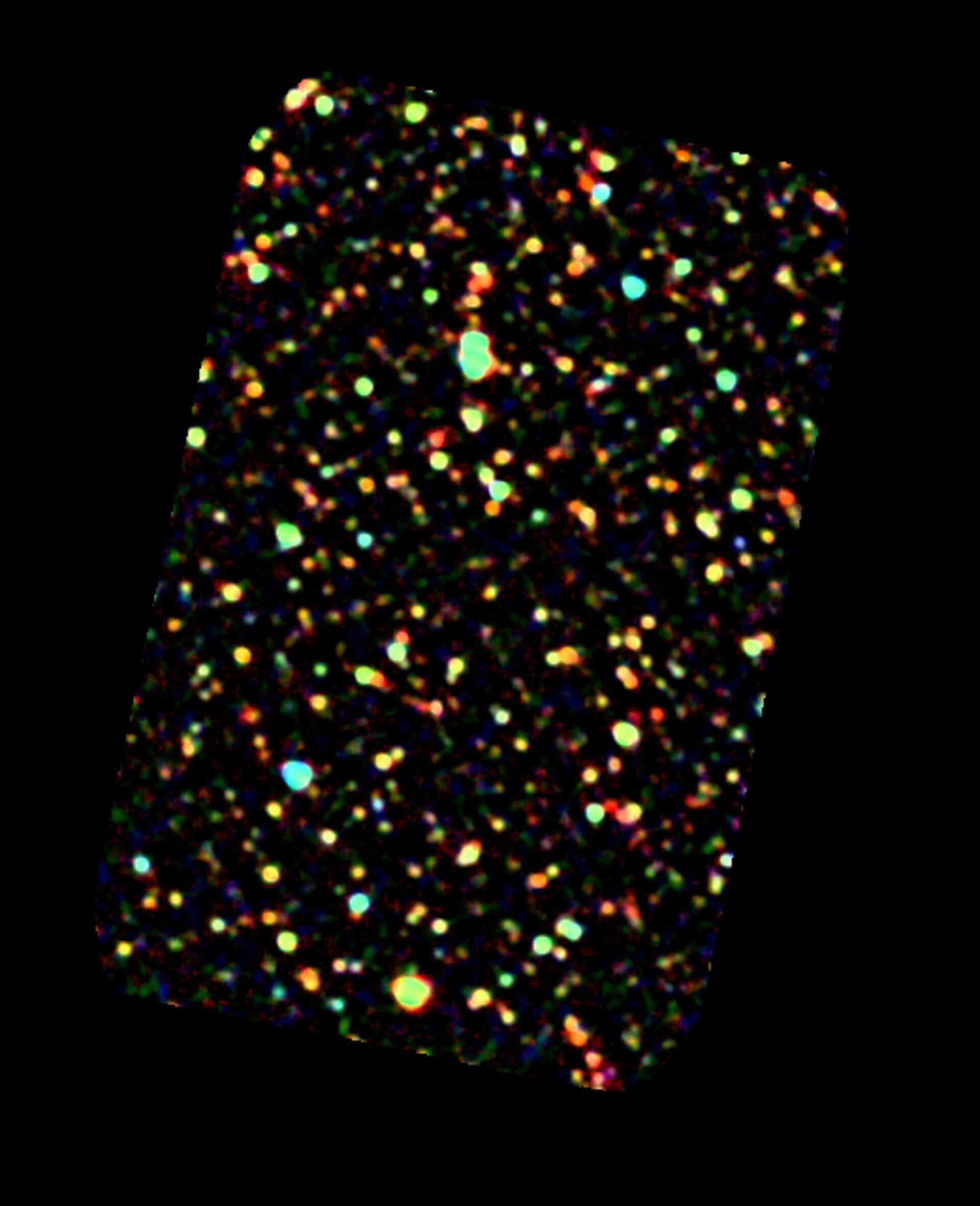 ESA’s Herschel space telescope has discovered that previously unseen distant galaxies are responsible for a cosmic fog of infrared radiation. The galaxies are some of the faintest and furthest objects seen by Herschel, and open a new window on the birth of stars in the early Universe.

In the mid-1990s, astronomers discovered that a faint fog of infrared radiation bathes the Universe, and termed it the cosmic infrared background. Herschel is the first telescope to resolve most of the blur into individual celestial objects.

Herschel made its observations in October 2009 and January 2010. It targeted two regions of the sky, one known as GOODS-North, the other GOODS-South. The latter is the most sensitive far-infrared image yet taken by Herschel. The GOODS fields are designated for studying the distant Universe and have been extensively investigated by other observatories. Neither contains nearby celestial objects, allowing telescopes to see straight out into the deepest regions of space. Herschel resolved the cosmic infrared background into 300 previously unseen galaxies in GOODS-N, and 800 of them in GOODS-S. Together, these galaxies contribute more than half the power to the infrared background in these regions.

The galaxies are young, some of them seen at a time when the Universe was just 16% of its present age. They are forming young stars, in some case up to thousands every year. Our own Galaxy forms an average of just three per year.

“We can use these results to study what controls star formation in these distant galaxies, and how galaxies like our Milky Way formed,” says Dieter Lutz of the Max Planck Institute for Extraterrestrial Physics, Garching, Germany, head of the PEP European collaboration that obtained the data.