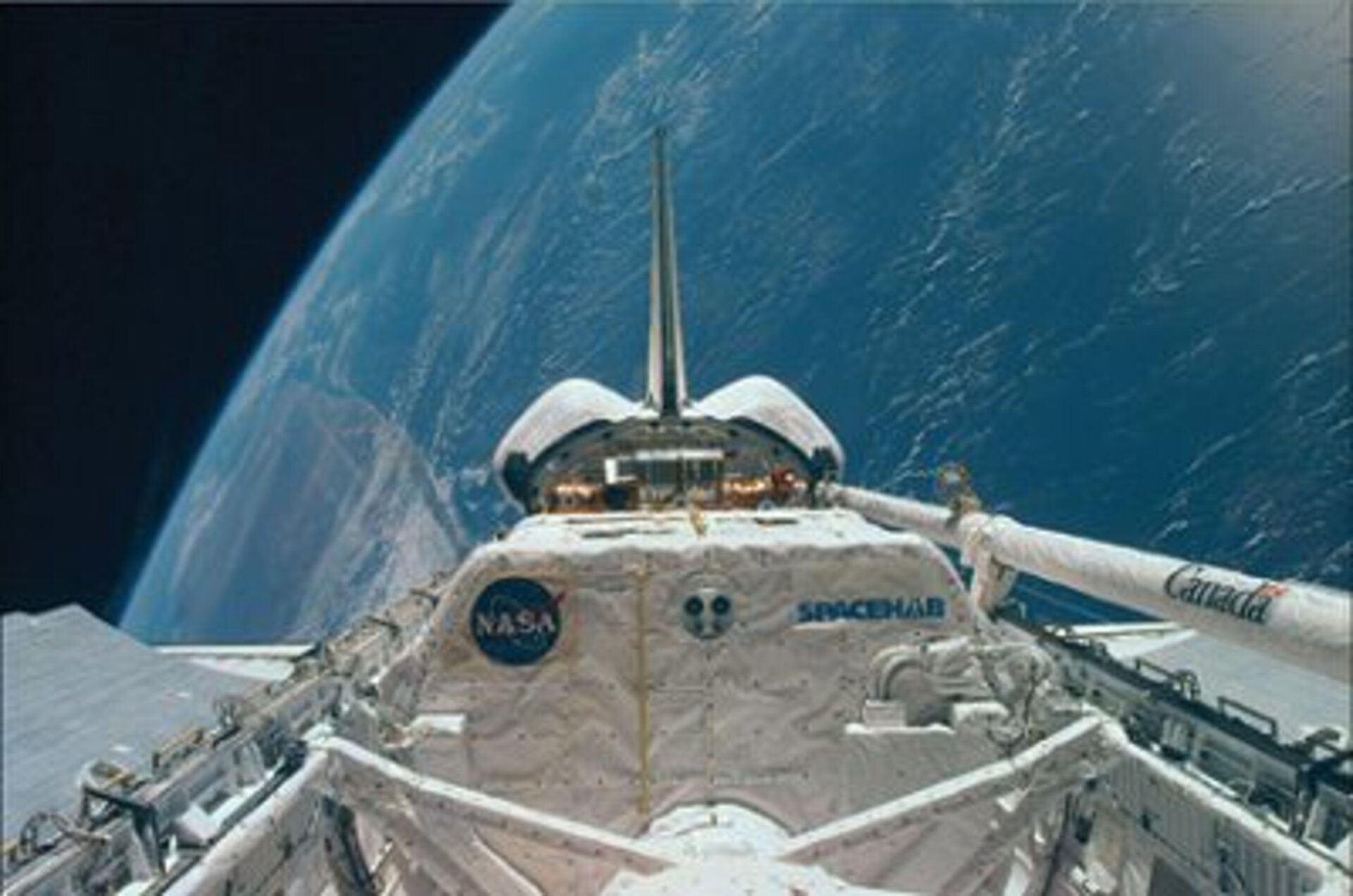 ESA PR 05-2003. European scientists will be ‘turning off’ the effects of gravity during the STS-107 Space Shuttle research mission this month in order to gain a better understanding of processes in medicine, technology and science.

Their investigations will be among some 80 experiments performed during a 16-day mission in Earth orbit to be launched from Cape Canaveral tomorrow.

Seven of the 31 payloads are sponsored by ESA, and the crew will work 24 hours a day in two alternating shifts on experiments covering astronaut health and safety, advanced technology development, and life and physical sciences.

The Shuttle mission is a dress rehearsal for routine research operations on board the International Space Station, currently being assembled in orbit. ESA’s involvement in STS-107 is the outcome of a barter agreement with NASA.

"Under the barter agreement, ESA has provided NASA with an Airbus Super Guppy to fly large International Space Station elements across the US and in exchange has the opportunity to fly 450 kg of microgravity payload on NASA Space Shuttle missions", explains Jörg Feustel-Büechl, ESA's Director of Human Spaceflight.

The seventh is a technology demonstration called the Combined 2 Phase Loop Experiment (COM2PLEX), which will test three new heat transfer systems for thermal control of instruments on satellites.

"STS-107 is a very important mission for Europe. It builds on our experience with Spacelab on dedicated Shuttle flights and will ultimately support longer, more ambitious research aboard the Space Station," said Marc Heppener, Head of ESA’s International Space Station Utilisation and Microgravity Promotion Division.

In addition to the research being performed already aboard the International Space Station while it is still being assembled, such Shuttle missions are important because they allow scientists and researchers to ‘turn off’ the effects of gravity and unmask basic phenomena that play key roles in biology, physics, and chemistry.

ESA’s scientific payloads are concentrated in a pressurised module known as Spacehab, located in the Shuttle’s payload bay and connected to the Shuttle crew compartment by a tunnel. The concept and the technology of Spacehab are derived from ESA’s Spacelab programme.

Europe has a long history of participation in Shuttle flights with an emphasis on microgravity research – from the early days of Spacelab to the more recent Neurolab.

ESA mission manager, Pasquale Di Palermo, describes the flight as "a valuable opportunity for Europe both to experiment in space and to prepare on the ground so as to be ready for full operations on board the Space Station".

The ESA payloads involve the crew in numerous activities – from straightforward activation of the experiments to all procedures involved in their in-orbit operation including, if necessary, repair.

For ARMS in particular, the crew are actually part of the experiment and have undergone intensive training to ensure that they are familiar with the equipment and can carry out medical tests on themselves.

ARMS, on its first ever flight, is designed for respiratory and cardiovascular monitoring in microgravity, allowing scientists to unveil the workings of a complex human system whose functions are normally masked by gravity.

By putting four crew members through a carefully controlled set of exercise and test routines before, during and after the mission, ARMS will measure changes caused by the absence of gravity in their pulmonary and cardiovascular functions.

After the STS-107 mission, ARMS will become a key ground research tool with exciting long-term prospects – from developing new medical diagnostic tools which may help doctors to determine physical fitness and even predict illness, through to devising new kinds of rehabilitation for specific illnesses.