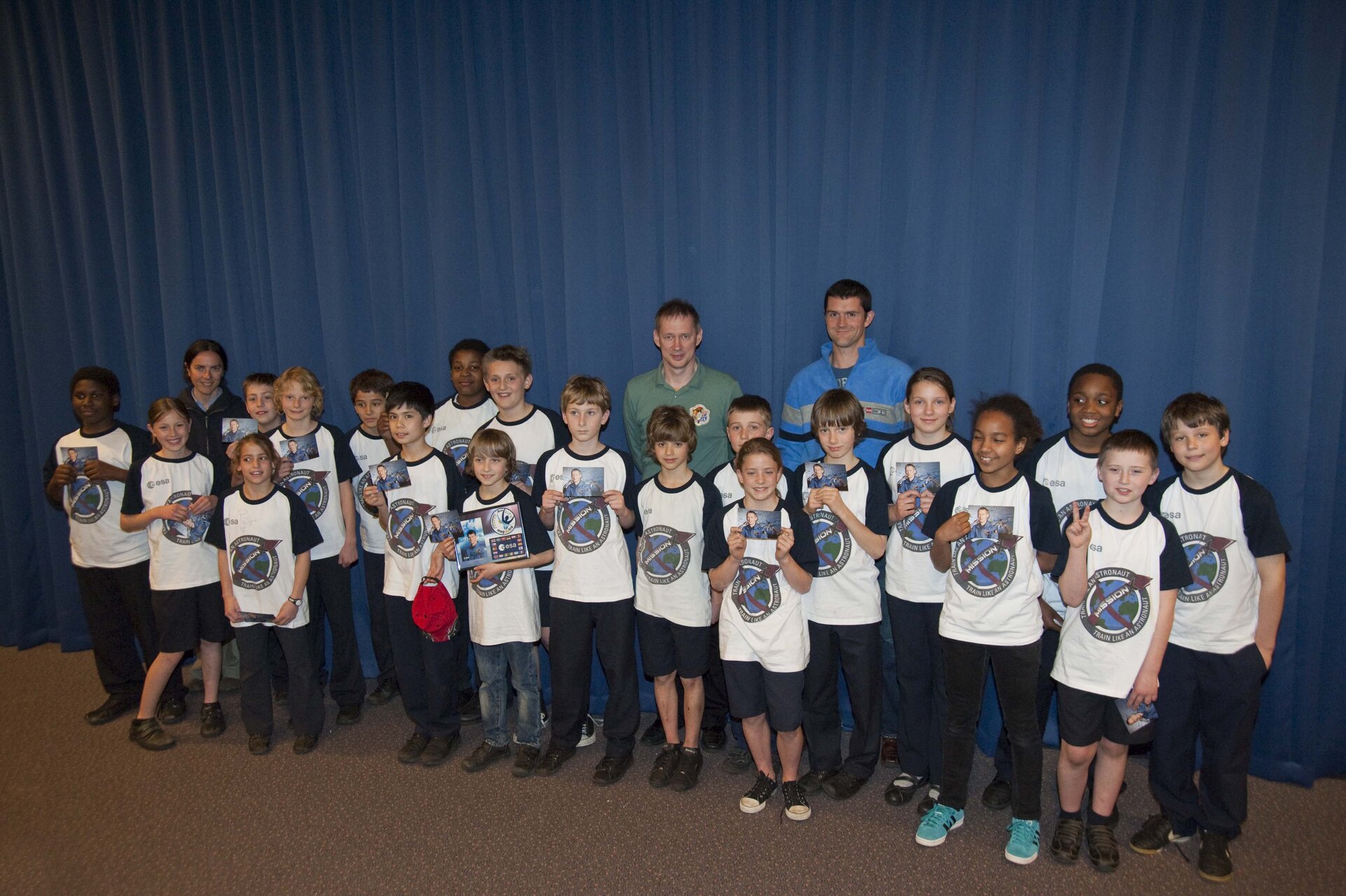 For the last two months, youngsters in 25 cities worldwide have been enjoying fun activities inspired by astronaut training. Now these 4000 children have officially crossed the finishing line of the Mission X astronaut training programme.

‘Mission X: Train Like an Astronaut’ has been an inspirational international educational undertaking to promote healthy eating and regular exercise.

The two-day sprint to the finishing line ended on Wednesday when children from Austria, Belgium, Czech Republic, France, Germany, Italy, the Netherlands, Spain and UK gathered in their countries for final exercises, to learn about space and to follow the live audio and video streaming from the International Space Station.

ESA astronaut Paolo Nespoli and NASA astronaut Cady Coleman, beamed onto large screens, came over loud and clear from the Station explaining the importance of exercise and nutrition.

“It’s about an attitude that begins when you’re a child and continues throughout your entire life,” Paolo Nespoli told the children.

The astronauts entertained the children with somersaults, floating food and jokes, before fielding questions from the European Astronaut Centre in Cologne, where German schoolchildren asked questions on behalf of all the European teams.

Day as an astronaut at Cologne

The lucky kids at the astronaut centre were treated to an extensive day of activities.

It started with a packed programme at the School Lab of the German space agency, DLR, where 85 children from 12 German Mission X teams were challenged to assemble a puzzle while wearing gloves and dark goggles, and perform push-ups and other physical activities to show they are now as fit as astronauts.

After that, four real astronauts were waiting for the children: ESA astronauts André Kuipers and Michel Tognini talked about their experiences as space explorers.

Astronauts Michael Fossum from NASA and Satoshi Furukawa from Japan took a break from their training to attend the ceremony and have a look at the Mission X posters prepared by children from 13 countries.