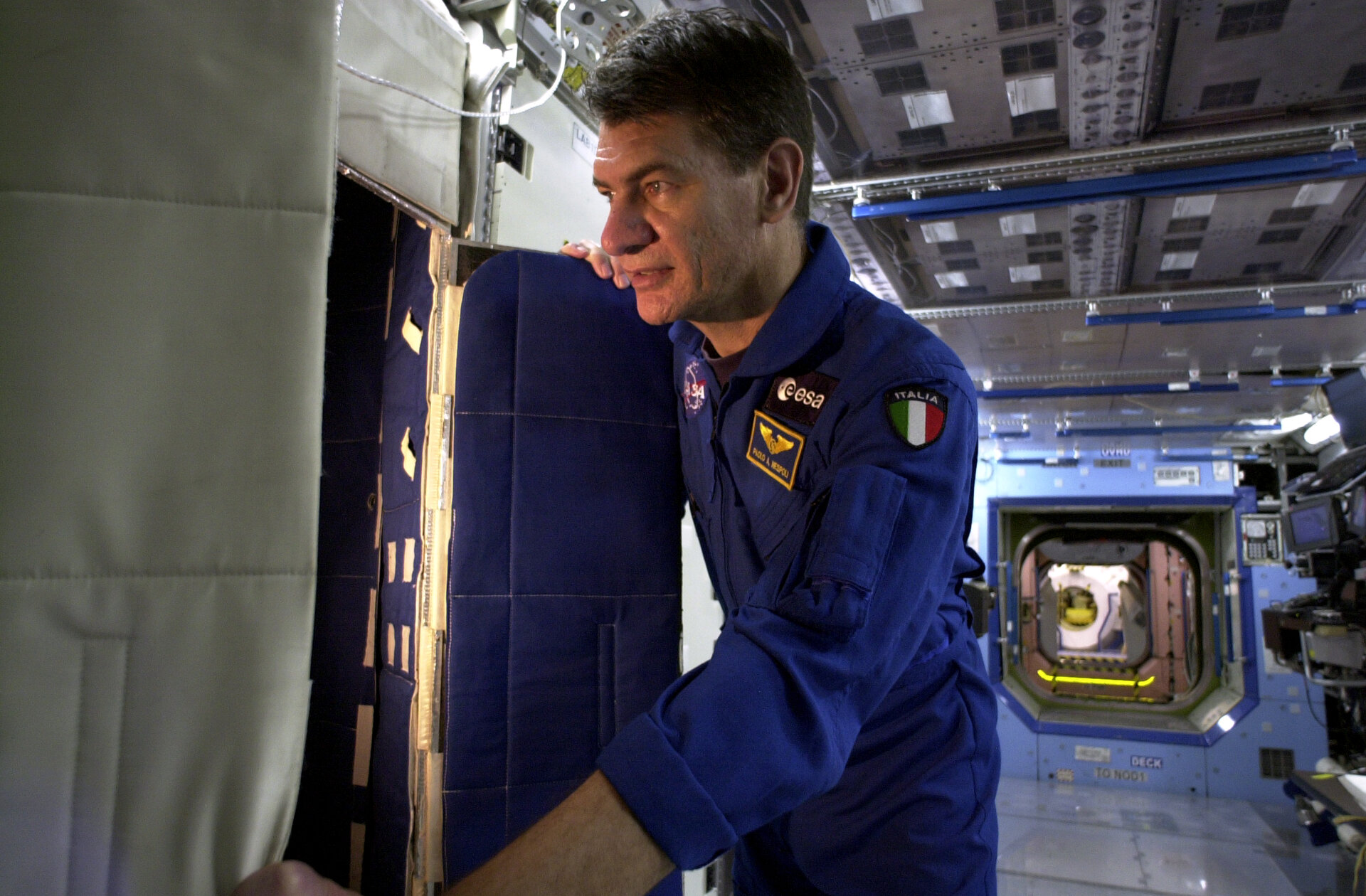 Later this year ESA astronaut Paolo Nespoli will serve as Mission Specialist on the STS-120 mission to the International Space Station. Together with the rest of the Shuttle crew, Nespoli is training intensively ahead of this complex ISS assembly mission.

For the 11-day mission, Nespoli joins six NASA astronauts on board Space Shuttle Atlantis. His flight opportunity arises from the Memorandum of Understanding between the Italian space agency, ASI, and NASA for the supply to NASA of three pressurised Multi-Purpose Logistic Modules (MPLM).

As well as exchanging a member of the Station's permanent crew, and the challenging operation of repositioning a set of solar arrays, the STS-120 crew is responsible for the safe delivery of the Node 2 connecting module - an important step in the continued construction of the International Space Station.

The arrival of the cylindrical Node 2 module, which will be attached to the end of US Destiny laboratory, paves the way for the addition of the European Columbus laboratory and the Japanese Kibo laboratory later in the year.

The crew started mission specific training for this complex assignment in August last year. "We train together for some tasks, such as the rendezvous with the Space Station and operating the robotic arms during the spacewalks. I am also doing a lot of training with the simulators to be able to do my tasks according to the required standards," explains Nespoli. "The training is becoming more and more demanding. I normally start at 7 in the morning and finish at 7 or 8 o'clock in the evening. It's fairly intense!"

Besides carrying out a joint ESA/ASI programme of scientific experiments, PR and educational activities, in his role as Mission Specialist, Nespoli will help with maintaining and handling the on board systems of the spacecraft.

During the inspection of the Shuttle's heat resistant tiles following the launch, he will be at the controls of the robotic arm. He will also be part of the team to perform the approach and docking with the Space Station.

Nespoli will coordinate activities from inside the Shuttle during three spacewalks – he will direct the spacewalkers, coordinating both with the ground and with the Shuttle and Station robotic arm operators. As the mission draws to a close, Nespoli will take part in Shuttle undocking activities, and for the re-entry he will be sat in the Flight Deck as Mission Specialist 1.

Nespoli's mission, which will be jointly managed by ESA and ASI, will be his first visit to space. A member of the European Astronaut Corps since 1998, he naturally looks forward to finally fulfilling a dream. "I will reach a goal I have been working on for many many years, so I am looking forward to experiencing this personally," says Nespoli.

"I am also looking to contribute to the crew and to the mission. To essentially complete the tasks that have been assigned to us. I feel the responsibility of bringing Node 2 into orbit. This is a complex task and I will try to concentrate to be at my best."

Paolo Nespoli presented his mission at a press conference earlier today at the Italian space agency, ASI, premises in Rome, Italy. STS-120 is scheduled for launch from NASA's Kennedy Space Center, Florida, in the autumn.

Node 2 was developed for NASA under an ESA contract with European industry, with Alcatel-Alenia Space as the prime contractor. Responsibility for Node 2 development was assigned to the Italian space agency, ASI.