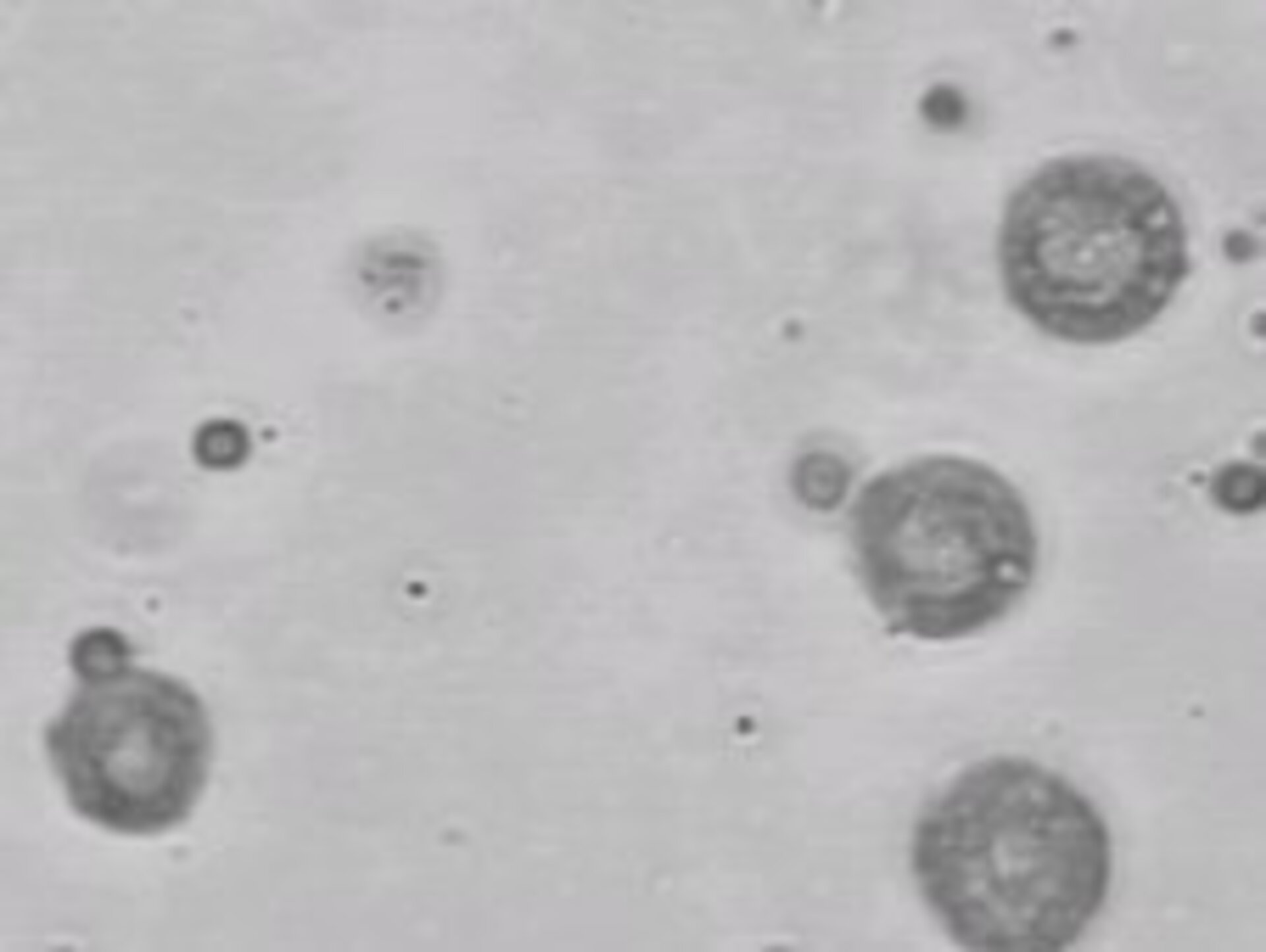 Humanity is on the constant search for improvements in cancer treatments, and the International Space Station has provided a microgravity platform that has enabled advancements in the cancer treatment process.

The oncology community has a recent history of using different microencapsulation techniques as an approach to cancer treatment. Microencapsulation is a single step process that forms tiny liquid-filled, biodegradable micro-balloons containing various drug solutions that can provide better drug delivery and new medical treatments for solid tumors and resistant infections. In other words, by using microcapsules containing antitumor treatments and visualization markers, the treatment can be directed right to the tumor, which has several benefits over systemic treatment such as chemotherapy. Testing in mouse models has shown that these unique microcapsules can be injected into human prostate tumors to actually inhibit tumor growth or can be injected following cryo-surgery (freezing) to improve the destruction of the tumors much better than freezing or local chemotherapy alone. The microcapsules also contain a contrast agent that enables C-T, X-ray or ultrasound imaging to monitor the distribution within the tissues to ensure that the entire tumor is treated when the microcapsules release their drug contents.

The Microencapsulation Electrostatic Processing System-II experiment, or MEPS-II, led by Dennis Morrison, Ph.D. (retired), at NASA Johnson Space Center, was performed on the station in 2002 and included innovative encapsulation of several different anti-cancer drugs, magnetic triggering particles, and encapsulation of genetically engineered DNA. The experiment system improved on existing microencapsulation technology by using microgravity to modify the fluid mechanics, interfacial behavior, and biological processing methods as compared to the way the microcapsules would be formed in gravity.

In effect, the MEPS-II system on the station combined two immiscible liquids in such a way that surface tension forces (rather than fluid shear) dominated at the interface of the fluids. The significant performance of the space-produced microcapsules as a cancer treatment delivery system motivated the development of the Pulse Flow Microencapsulation System, or PFMS, which is an Earth-based system that can replicate the quality of the microcapsules created in space.

As a result of this space station research, the results from the MEPS-II experiments have provided new insight into the best formulations and conditions required to produce microcapsules of different drugs, particularly special capsules containing diagnostic imaging materials and triggered release particles. Co-encapsulation of multiple drugs and Photodynamic Therapy, or PDT, drugs has enabled new engineering strategies for production of microcapsules on Earth designed for direct delivery into cancer tissues. Other microcapsules have now been made for treatment of deep tissue infections and clotting disorders and to provide delivery of genetically engineered materials for potential gene therapy strategies. Microcapsules that were made on the space station and are targeted at inhibiting the growth of human prostate tumors have been successfully demonstrated in laboratory settings. Although Morrison’s team had performed several similar microencapsulation experiments on space shuttle missions, because of the space station’s ability to support long-term experiments, more progress was made by the eight microencapsulation experiments conducted on the station in 2002 than from the 60+ prior experiments conducted on the four space shuttle missions—STS-77, STS-80, STS-95 and STS 107.

The microgravity environment on the station was an enabling environment that led the way to better methods of microcapsule development on Earth. The capability to perform sequential microencapsulation experiments on board the station has resulted in new, Earth-based technology for making these unique microballoons that provide sustained release of drugs over a 12–14 day period. The station research led directly to five U.S. patents that have been licensed by NASA and two more that are pending. NuVue Therapeutics, Inc., is one of several commercial companies that have licensed some of the MEPS technologies and methods to develop new applications, such as innovative ultrasound enhanced needles and catheters that will be used to deliver the microcapsules of anti-tumor drugs directly to tumor sites. More recent research uses a new device for freezing tumors (“cryo-ablation”) followed by ultrasound-guided deposition of the multi-layered microcapsules containing different chemotherapy drugs outside the freeze zone within a human prostate or lung tumor. In a 28-day study, combination therapy resulted in retarding tumor growth 78 percent and complete tumor regression of up to 30 percent after only three weekly injections of microencapsulated drug at tiny quantities that should not have slowed down tumor growth by more than 5–10 percent. NuVue Technologies, Inc., has now obtained two U.S. patents based on the combination therapy that includes the delivery of the NASA-type microcapsules. Upon securing funding, clinical trials to inject microcapsules of anti-tumor drugs directly into tumor sites will begin at MD Anderson Cancer Center in Houston and the Mayo Cancer Center in Scottsdale, Ariz.

Other potential uses of this microencapsulation technology include microencapsulation of genetically engineered living cells for injection or transplantation into damaged tissues, enhancement of human tissue repair, and real-time microparticle analysis in flowing sample streams that would allow petrochemical companies to monitor pipeline volume flow.