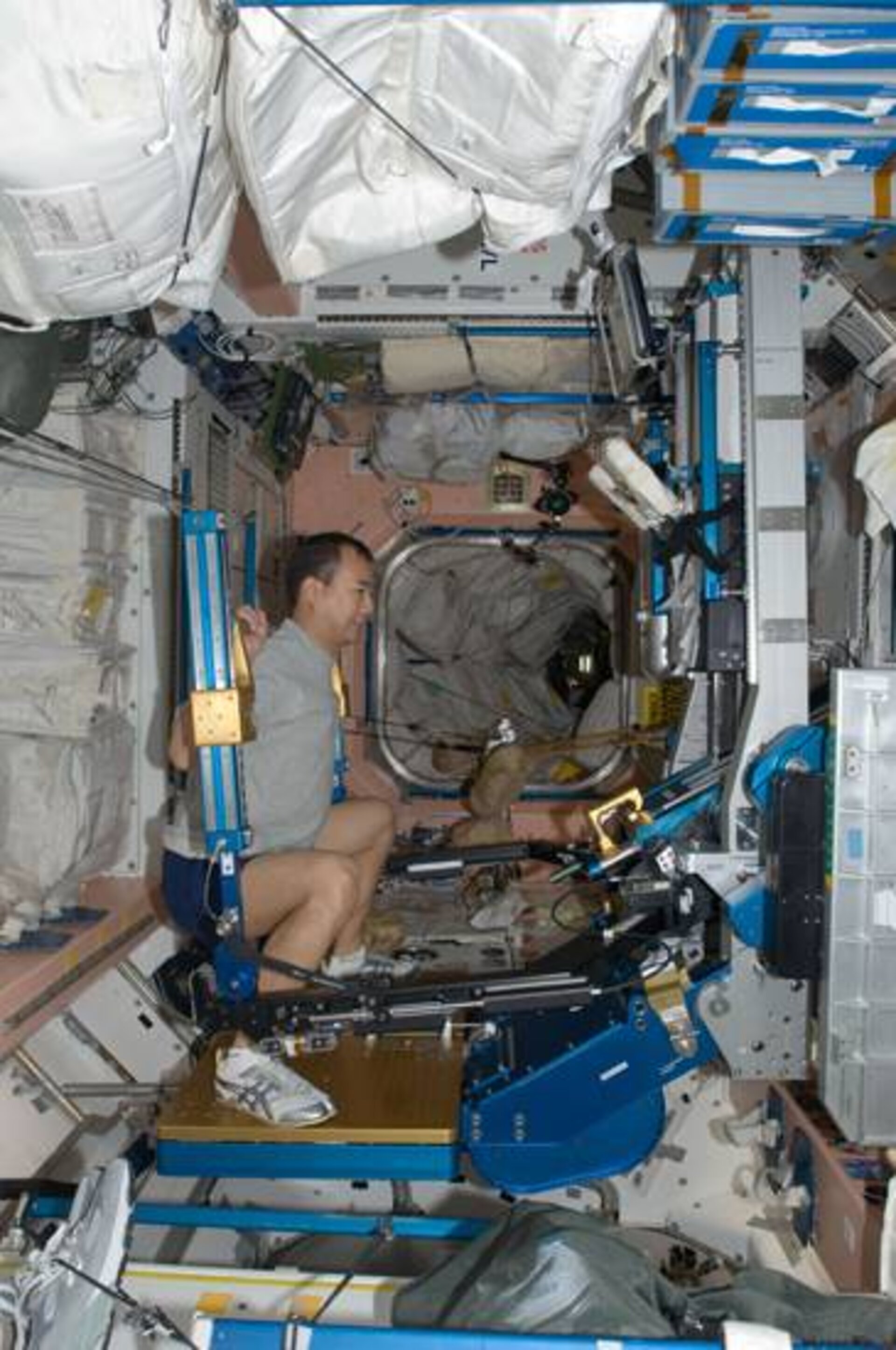 Bone loss and kidney stones are well known as essential problems for astronauts to overcome during extended stays in space.

Crew members engage in physical exercise for two and a half hours a day, six times a week (fifteen hours a week) while in orbit to avoid these issues. Nevertheless, the risks of these problems occurring cannot be completely eliminated through physical exercise alone.

Bone plays an important role as a structure that supports the body and stores calcium. It retains fracture resistance by remodeling through a balance of bone resorption and formation. In a microgravity environment, because of reduced loading stimuli, there is increased bone resorption and no change in or possibly decreased bone formation, leading to bone mass loss at a rate of about ten times that of osteoporosis. The proximal femoral bone loses 1.5 percent of its mass per month, or roughly 10 percent over a six-month stay in space, with the recovery after returning to Earth taking at least three or four years. The calcium balance (the difference between intake and excretion), which is about zero on Earth, decreases to about –250 mg/day during flight, a value that increases the risk of kidney stones.

Bisphosphonate is a therapeutic agent that has been used to treat osteoporosis patients for more than a decade, with a proven efficacy to increase bone mass and decrease the occurrence of bone fracture. Through 90-day bed rest research on Earth, we confirmed that this agent has a preventive effect on the loss of bone mass. Based on these results as well as studies conducted by others, JAXA and NASA decided to collaborate on a space biomedical experiment to prevent bone loss during space flight. Dr. Leblanc, USRA, and Dr. Matsumoto, Tokushima University, are the two principal investigators of this study.

JAXA and NASA crew members are participating in this study by taking this agent once a week while in space. Our study is still ongoing; however, early results suggest that astronauts can reduce the risk of bone loss and renal stones by proper intake of appropriate nutrients, such as calcium and vitamin D, an effective exercise program and minimal amounts of medication.

Bone loss is also observed in bedridden older people. Elderly people lose 1 or 2 percent of their bone mass due to aging and a decline in the amount of female hormone. Osteoporosis is declared when a person has a bone mass 30 percent lower than the average for young adults, which is a condition affecting 11 million Japanese and one in two women aged 70 years and older. Every year, 160 thousand patients undergo operations for femoral neck fractures in Japan, followed by intense rehabilitation for three months. Such operations cost 1.5 million yen per person, and the total annual expense for medical treatments and care of these bone fractures amounts to 66.57 billion yen in total national cost.

The three key elements for promoting the health of elderly people to prevent fractures are nutrition, exercise and medicine. Meals should be nutritionally balanced with calcium-rich foods (milk, small fish, etc.) and vitamin D (fish, mushrooms, etc.). Limited sunbathing is also important for activation of vitamin D. Physical exercise to increase bone load and muscle training should also be integrated into each person’s daily life. Those at high risk for fractures should take effective medicines to reduce the risk of fractures.

Accordingly, the secrets of the promotion of astronauts’ health obtained from space medicine are expected to be utilized to promote the health of elderly people and the education of children.