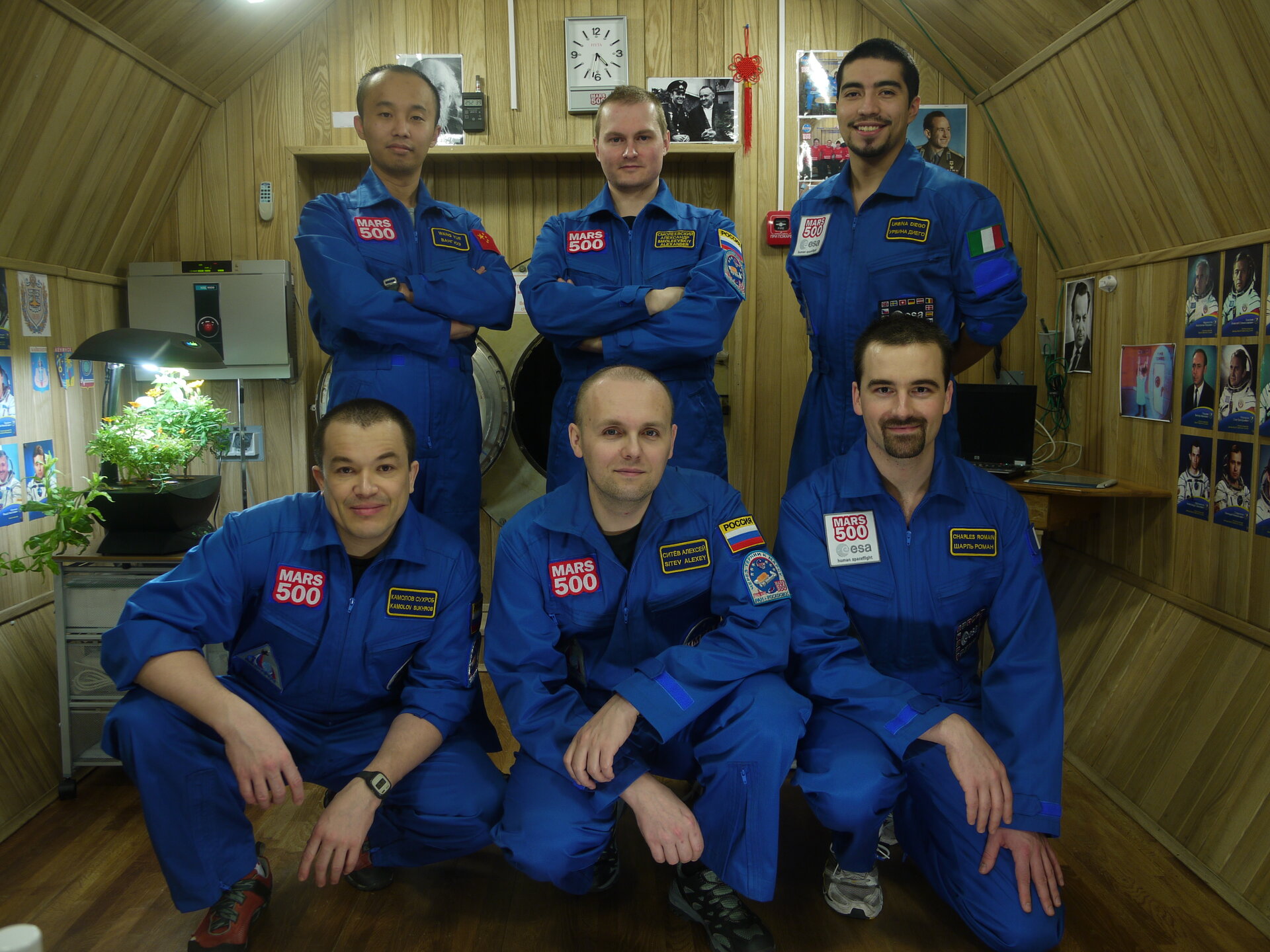 PR 05-2011 After more than eight months ‘flying’ to the Red Planet, the isolated Mars500 crew will finally take their first steps onto a mock-Mars surface on 14 February – and members of the news media can apply now for ringside seats.

Mars500 is the most realistic spaceflight simulation possible without leaving the ground: its six volunteers are locked inside a sealed nest of modules at Moscow’s Institute for Biomedical Problems (IBMP) for a total of 520 days, the time it would take to fly to Mars and back.

The programme’s emphasis on realism extends to the mission’s first Marswalk – stepping from a mock lander into a simulated martian environment, overseen from Russia’s real-life Mission Control Centre (TsUP) in the Moscow suburbs, just as a real spacewalk would be.

Further adding to the realism, spacesuited crewmen and controllers alike will be working around a 20-minute communications delay – the time it takes radio signals to travel between Mars and Earth.

Members of the news media can apply now to observe the action from TsUP on the day.

The media programme will begin at 12:00 Moscow time (10:00 CET), with short presentations from IBMP and ESA’s Directorate of Human Spaceflight. ESA speakers will include Martin Zell, Head of ISS Utilisation Department for the Directorate, Mars500 Project Manager Jennifer Ngo-Ahn, and veteran astronaut Christer Fuglesang, Head of the Directorate’s Science and Application Division.

Preparations for this event will begin on 1 February, when the Mars500 ‘spacecraft’ docks with a Mars lander already in orbit. Half the crew will then transfer to the lander – Russia's Alexander Smoleevskiy, Europe’s Diego Urbina and China’s Wang Yue – to prepare for Mars landing on 12 February. The 14 February Marswalk is the first of three to take place during the ten-day stay.

Deadline for the applications is 2 February 2011.