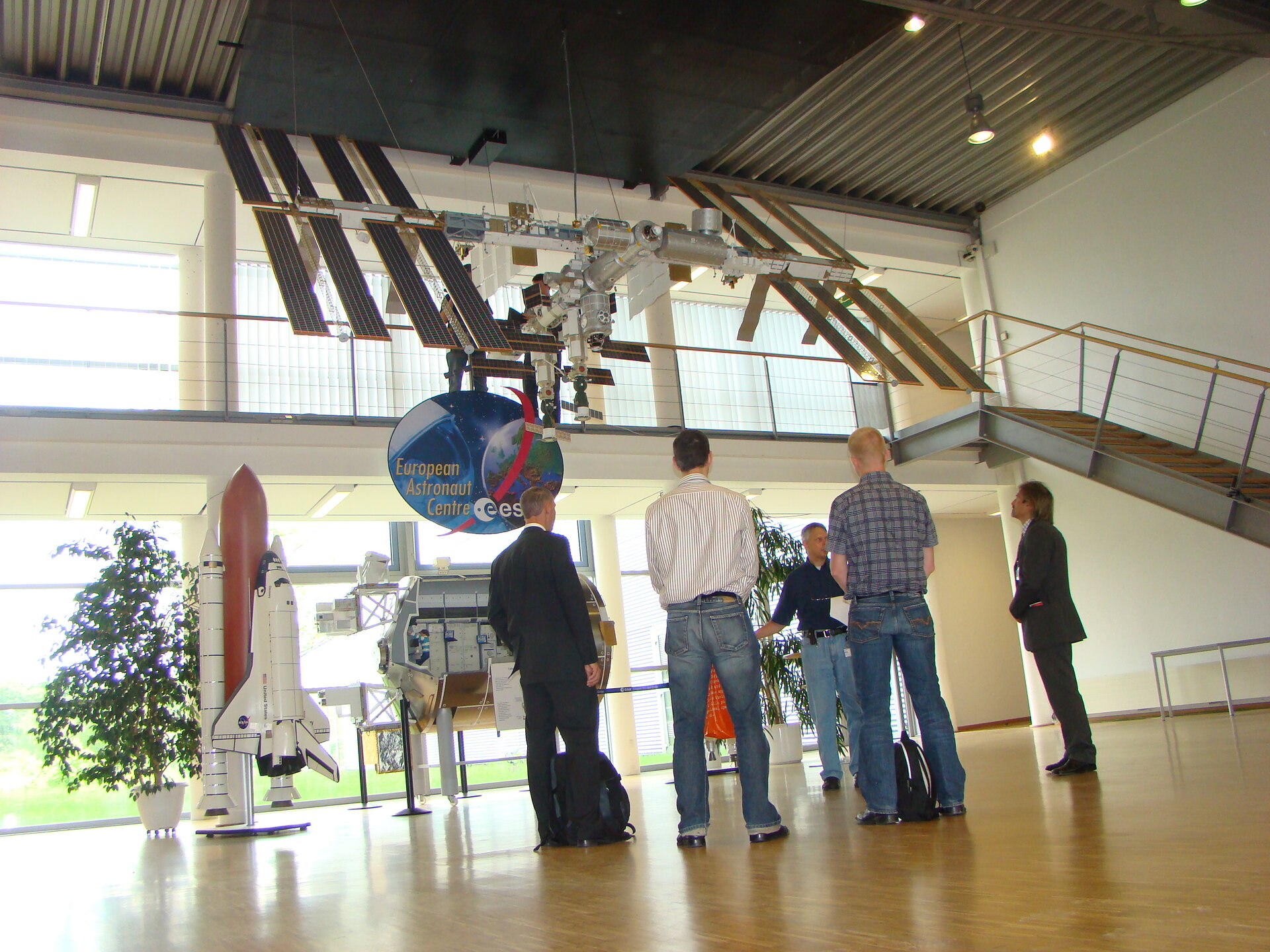 Last week, 32 talented candidates gathered at the European Astronaut Centre in Cologne, Germany, with the hope of becoming part of a unique study that will act as a platform for human exploration of the Solar System. The study, called Mars500, is a ground-based simulation of a mission to Mars and back.

Two of the candidates, together with four Russian volunteers, will be sealed in an isolation chamber for a total of 105 days starting in October. This is followed by the full isolation period with another two European candidates, which lasts for 520 days starting early in 2009.

Part of the chamber simulates the spacecraft that would transport them on their journey to and from Mars and another part will simulate the landing module that would transfer them to and from the Martian surface. The Mars500 study is a cooperative project between ESA and the Russian Institute for Biomedical Problems (IBMP) in Moscow and eight of the candidates will be selected to continue with the study, four primary candidates and four backup.

The remaining candidates can consider themselves unique individuals for coming this far, as they were chosen from a total of more than 5 600 applicants. Between them they have numerous degrees and PhDs covering the whole spectrum of science and engineering, as well as candidates who are qualified divers and pilots and/or have military experience and even candidates that previously worked on human spaceflight missions. These highly qualified individuals have come from all over Europe in order to take part in the study (Germany, Austria, Portugal, Italy, Belgium, France, Sweden, Denmark and Switzerland) and are all eager to make a positive impact on this project if chosen.

“This is a huge human experience, impossible to find anywhere else and I would be proud to be involved if I was chosen”, said a French candidate currently involved in palliative care and a sports/justice partnership to try to remove violence from sport. “Having previously been a naval fighter pilot for 17 years I am well aware of being in close contact with people in a pressure environment for extended periods, and with a masters degree in Clinical Psychology I am also very interested in the whole group dynamic of this project.”

These views are typical of the assembled applicants, and are echoed by Henning Soll, a DLR psychologist and a member of the interview panel for the selection procedure. “We have seen many motivated, gifted and intelligent people over the past week and it will be a complex task in choosing the most suitable candidates for the study. Not only are we looking for robust, emotionally stable, motivated team workers who are open to other cultures and can deal with the slightly Spartan lifestyle you would associate with an actual space mission; we also need to combine different personalities and talents together in order to create the optimal group for such an extensive exercise.”

There were three aspects to the selection process at the European Astronaut Centre: A medical examination, which included an ultrasound investigation of inner organs, was performed in order to determine the health status of the candidates; a psychological test, also used in the pilot selection process by DLR; and a personal interview with an expert panel to determine areas such as the motivation and suitability of each candidate in question.

“The whole selection process has proceeded extremely well, and it is a satisfying feeling to take the first steps in a long journey that will culminate in the future with seeing European astronauts on Mars”, said Jennifer Ngo-Anh. “We still have a long way to go with this initial study. Once the candidates are chosen, we have to follow up with additional medical tests at the IBMP facility in Moscow in the summer. This will be followed by a training period for the candidates in August/September, to prepare them for the initial isolation period of 105 days also at the IBMP facility, which underwent major refurbishment for this study. Successful completion of this will lead up to the full isolation period of 520 days.”

The isolation chamber candidates will be sealed inside consists of several modules. One storage module to store food and other consumables, one module with living quarters, one module is the medical/research module, and one is a simulated Mars landing module. During this time the candidates will be simulating all elements of the Mars mission, travelling to Mars, orbiting the planet, landing and return to Earth. Obviously there will be no effect of weightlessness, but the study will help determine key psychological and physiological effects of being in such an enclosed environment for such an extended period of time.

Once the candidates are sealed into the isolation chamber they will only have personal contact with each other for the allotted time though they will have voice contact with a simulated control centre team, as well as family and friends as would normally happen in a human spaceflight mission. This is not something to be taken lightly when considering that the chosen candidates are in a very good state of health, many with numerous sporting activities and social interests. Such a change in lifestyle could be the hardest part to deal with. Most of the candidates interviewed expressed that they would miss family and friends but that this was a ‘natural feeling’ and was tempered by a feeling of pride about the impact of what this study means for the future.

Of course different people value different things. When asked, one of the German candidates mentioned they he would simply miss being able to ‘go into the city to buy a book’ while another said they he would miss ‘daylight’. This same candidate also mentioned that starting such a long period of isolation was a positive challenge. “At the start we will be strangers but we should know each other in a few weeks and hopefully we can develop a good friendship, which will help us out through the good and bad times. As long as we start with a harmonised team the experience should be fine”. As with a human spaceflight mission, the chosen candidates will be free to take certain personal items, as well as being supplied with books, movies, personal laptops and can occupy themselves with physical exercise or self studies.

Scientific investigations will be undertaken to assess the effect that isolation has on different psychological and physiological aspects. This will include studies of whether long term space flight leads to stronger feelings of stress, and whether this might have an effect on performing professional tasks; the effect of stress on hormone regulation and immunity; the effect of ambient spectral light on sleep-wake behaviour, sleep quality, alertness levels and circadian rhythms; the influence of exercise with/without food supplementation and its implications on mood and performance; effects of confinement on long-term blood pressure regulation; association between psychological and cardiac function; and a study of the level of omega-3 fats in blood of subjects in order to suggest a supplement that might enhance psychological wellness and counteract depression and mood instability.

Results of the investigations will be determined through analysing blood, urine and saliva samples, blood pressure and ECG measurements and the use of respiration sensors along with performance tests and questionnaires filled in by the candidates. The knowledge gathered here will provide the basis for the potential development of pharmacological tools and other techniques to countermeasure any unwanted side effects during stay in space, especially during a long-duration mission to Mars.