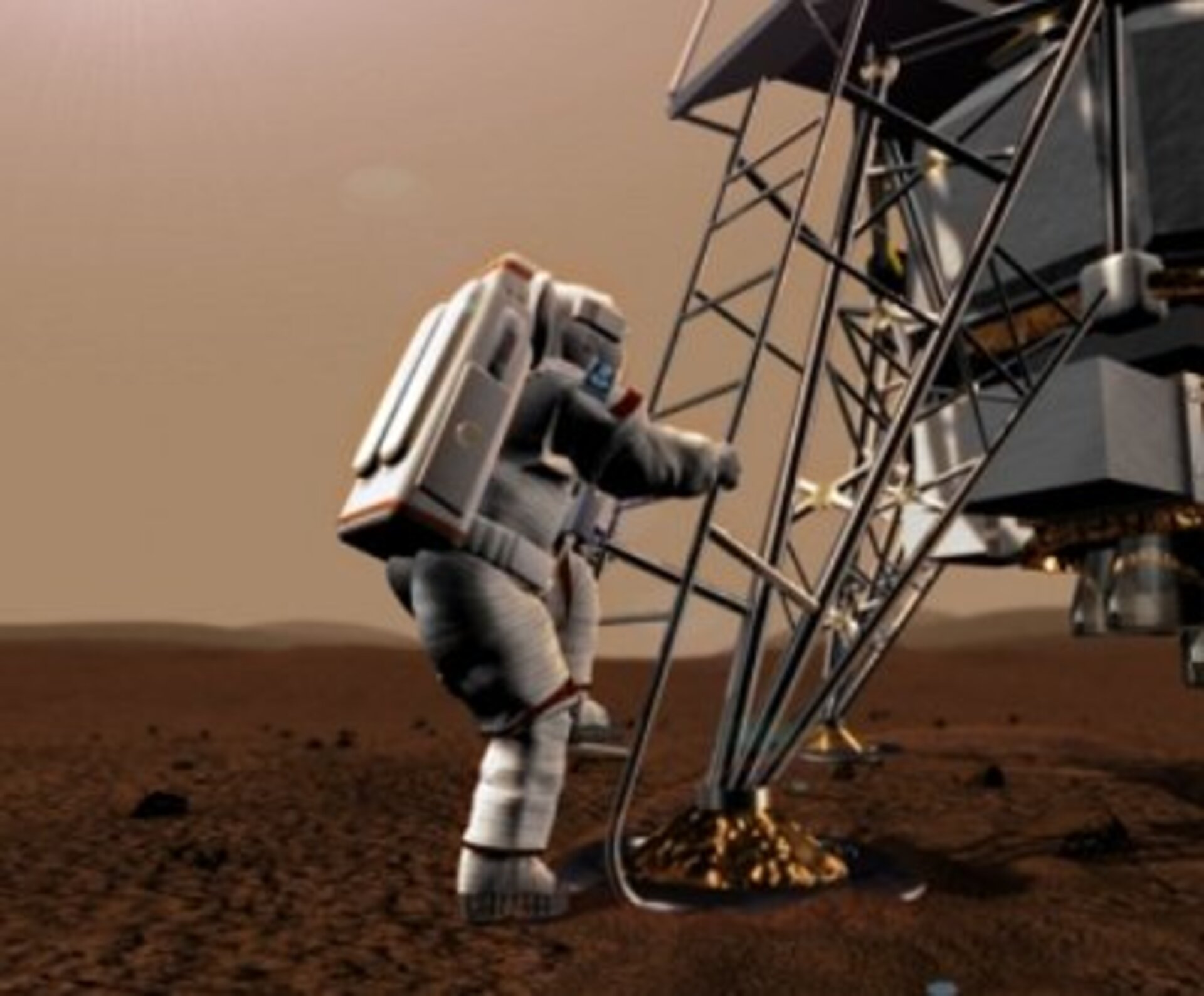 Starting in spring next year, a crew of six will be sent on a 500 day simulated mission to Mars. In reality the crew will remain in a special isolation facility in Russia. To investigate the psychological and medical aspects of a long-duration mission, such as to Mars, ESA is looking for experiment proposals for research to be carried out during their stay.

During the simulated Mars mission, known as Mars500, the crew will be put through all kinds of scenarios as if they really were travelling to the Red Planet – including a launch, an outward journey of up to 250 days, arrival at Mars and, after an excursion to the surface, they will face the long journey home.

Locked in the facility in Moscow, the crew will have tasks similar to those they would have on a real space mission. They will have to cope with simulated emergencies; they may even have real emergencies or illnesses. Communication delays of as much as 20 minutes each way will not make life any easier.

Instead of having a spacecraft as their home, the crew will live in a series of metal tanks. Using narrow connecting passages, they can move between a medical area, a research area, a crew compartment and a kitchen – an area of only 200m2. There is even a special tank representing the Mars descent vehicle for simulation of a stay on the Martian surface.

ESA will participate in the study organised by the Russian Institute for Biomedical Problems (IBMP), and hopes to learn how to prepare for a real mission to Mars in the future. Following an Announcement of Opportunity, ESA is now looking for scientific experiments that can be integrated into the study.

In an interview ESA scientist Marc Heppener told us more about the Mars500 study.

Why is ESA participating in this study?

Our main interest is to look at the psychology of such a mission, knowing that you are enclosed for 500 days. As soon as there is a problem, the crew knows that they are on their own, and they have to solve it themselves. The only help available from the outside is through communications which may take up to 40 minutes.

At the start of their mission the crew will be supplied with all the food they will have to live off for the duration of the study. They have to keep track of their consumables amongst themselves. This limited food supply could lead to additional tensions amongst the crew.

We want to look at the psychological effects of the situation on your mental well-being, and on your capabilities of performing certain tasks, even tasks critical to the mission. In a real mission, for example, whether you are able to land a vehicle on the surface of Mars, and are you able to do the science once you are there? How will group relations evolve? What are the potential dangers could we encounter? What kind of countermeasures can we invent that can prevent this? For us we can also learn about what types of personality we should select for a real mission.

Almost as important; we are keen to learn more about the medical procedures. How do you define a good medical environment so that you can treat diseases? What are the medicines that you want to take with you on the journey? There will be one person amongst the crew with real medical training. But of course that person can also fall ill. So you have to have all kinds of back-up scenarios. To think all of that through is really difficult. We think doing a full simulation will teach us a lot.

And what is ESA's involvement in carrying out this study?

We are still negotiating our contract with IBMP. The basic agreement is that we are a full partner in the project, which is largely funded by Roscosmos with an important involvement of the Russian Academy of Sciences. ESA will be involved at all levels.

We will propose two volunteers out of the six people in the facility. We will also be involved in the full mission definition – all the steering boards, medical boards, the operations team who are from the outside communicating with the crew inside. That is also very important for us. We have experience in having astronauts flying on the International Space Station, but having astronauts travelling to Mars is a whole different ball game. And we will also be able to propose a full set of science proposals that we want to be executed.

So exactly what kind of experiments are you looking for?

We have a first draft list of the kind of science we are looking for. Such as crew composition, the influence of confinement on sleep, mood and mental health, and the effect of differences in personality, cultural background and motivation. But also on the medical side – physiological adaptation to an isolated environment, stress effects on health and well-being, changes in the immune system.

These are just a few examples of what we came up with as first ideas – but we are open to all good scientific proposals. Following a peer review we will make our selection of the best science. The Russians will also make their selection, and then a steering committee integrates all the science projects into one final project.

I should add that in parallel to this Announcement of Opportunity we also send one out for research on the Concordia Station. There we cooperate with the French and Italian owners of this Antarctic research station. Concordia has a similar objective to the Mars study, although it is a very different environment. We hope actually that a lot of scientists will propose things in parallel to both studies because that would be interesting to compare.

The concept sounds a bit like a reality TV show – is that a fair comparison?

Well, yes and no! Honestly, I believe it is fair to look at it that way - you could even push the comparison pretty far. Both look at interaction between people in all kinds of different situations. If you want there is even a prize at the end – not in the simulation – but if it is a real mission you will be the first person to walk on the surface of Mars, which is huge prize!

The comparison comes to a very sharp dead-end though - we will do a serious science experiment, and this is actually the only way we can prepare ourselves properly for a really long-duration spaceflight mission.

In the final set-up we will make sure that this is a good environment that it is safe and people are doing serious work also inside the facility. It is not entertainment – not at all. Having said that, part of a mission to Mars would also be the press interest it generates. We are still considering whether we should simulate that aspect.

What kind of people will you be looking for?

People who go through this selection will find they are looked at pretty much the same way an astronaut is selected. With our knowledge of astronaut selection and our involvement in the selection of subjects for bed rest studies - we have some basic knowledge about the type of people who would fit in this type of study. We will apply those criteria.

Of course we do want to have a reasonable reflection of a real crew – there should be people with medical qualifications, there should be some engineering qualifications, some science – it should really reflect that type of crew you would put on a real mission to Mars. We might be a little bit less strict about physical capabilities.

The volunteers will need to be away from work and family for an extended period of time. You might be away from home for one and a half years, maybe even longer for the full duration of the study itself, but also for training before and for tests after the study: we will follow those people after they have returned. It might be that effects are still visible after a year or longer and we will want to include that in our data.

Will they be paid for taking part?

Yes, there will be some compensation although it will not be a big salary. Legally there are some rules about the amount you have to pay volunteers each day. We are still discussing this with our Russian colleagues.

When will you start the process of finding volunteers?

In mid-June we will call for volunteers – probably through an announcement on the web. Our own pre-selection will then be followed with a selection by the integrated IBMP/ESA team. We believe we are going to have the selection concluded by November this year.