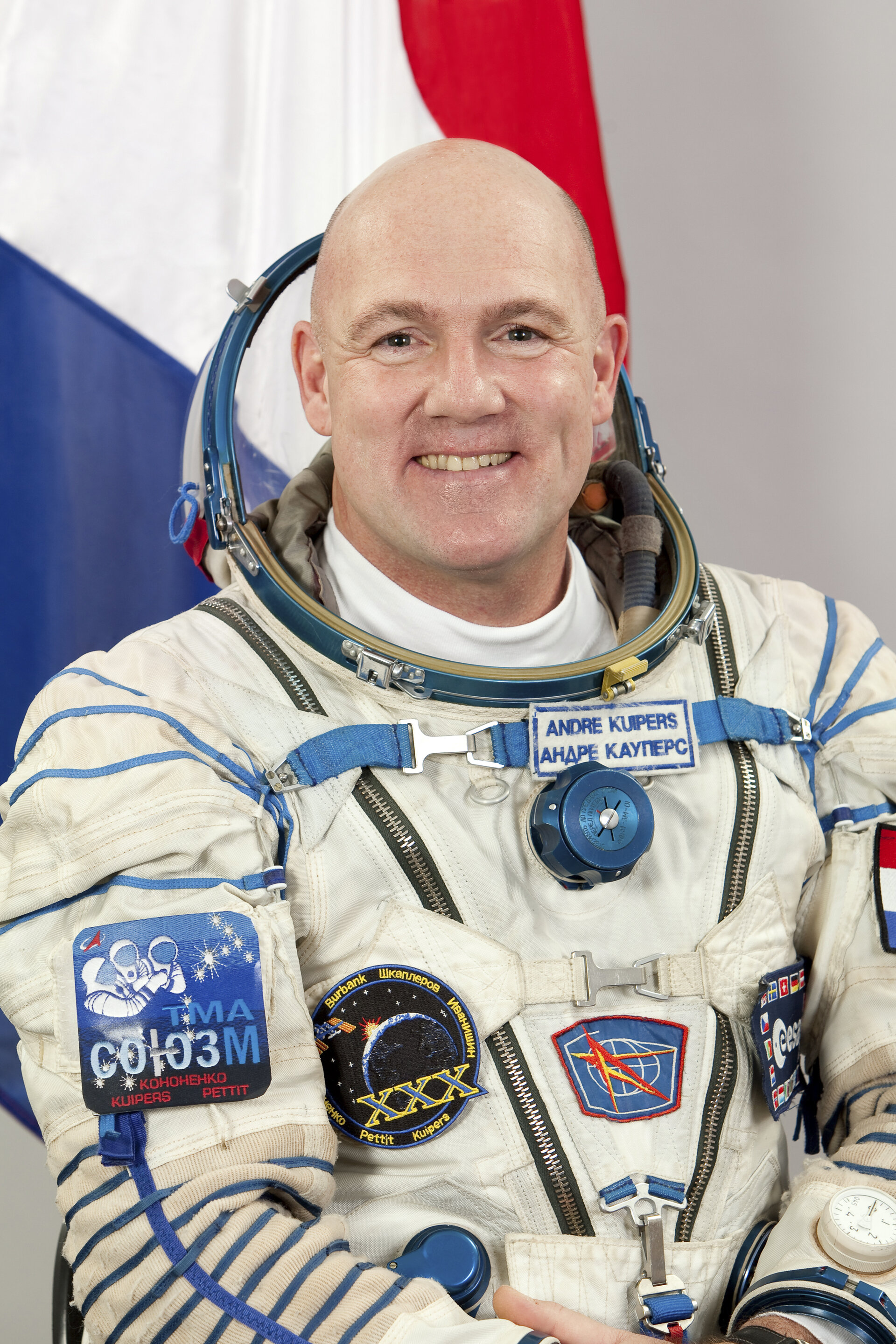 André Kuipers’ ambition to be an astronaut began early in life, but it wasn’t until he became a doctor that he saw a way to combine his professional career with his interest in space exploration. Inspired by the idea of helping humankind to travel further in space, his research into human space adaptation led him to ESA.

Before becoming an ESA astronaut in 1999, he was involved in aviation and space medicine. He participated in research projects on the space adaptation syndrome, contact lenses for pilots, spatial disorientation, blood pressure and cerebral blood flow in a centrifuge and in microgravity conditions in aeroplanes. He was a project scientist for experiments flying on the Mir space station and the Shuttle during a Spacelab mission.

During two Soyuz missions to the International Space Station involving other ESA astronauts, he acted as Crew Interface Coordinator from the Russian control centre, TsUP, in Korolev, near Moscow.

André also qualified as ‘Eurocom’, the crew communicator at the European Astronaut Centre in Cologne, Germany, and the Columbus Control Centre situated at the German Aerospace Center (DLR) facility in Oberpfaffenhofen, near Munich.

André was 53 when he arrived at the International Space Station for the second time. He has proved to be a great teamplayer and an experienced astronaut with a high interest in robotic activities and human physiology research. His Russian language skills are remarkable. As ambassador of the World Wildlife Fund, his PromISSe mission also aimed at exploring better ways to take care of the equilibrium between Earth and its inhabitants.