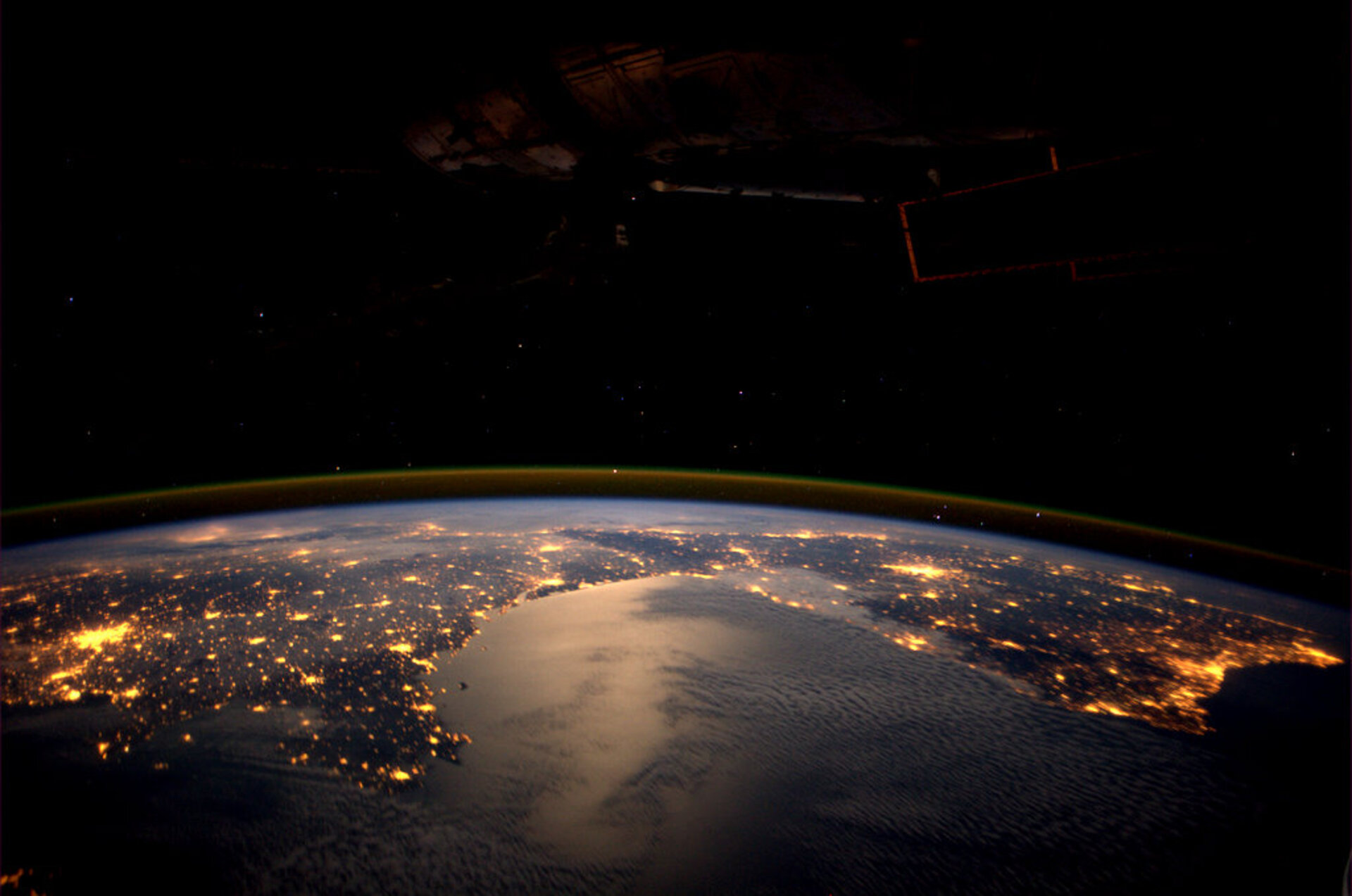 For the first time, Earth Hour will extend to the International Space Station, where ESA astronaut and WWF ambassador André Kuipers will keep watch over our planet as the lights switch off on 31 March, sharing photos and live commentary of his experience.

Since inception in the city of Sydney, Australia, in 2007, Earth Hour has become the world's largest voluntary action highlighting climate change and the need for sustainability.

This year, Earth Hour will take place at 20:30–21:30, at participants' local time, on Saturday, 31 March, and the event will be observed from space by André on the Space Station.

Earth: the most beautiful planet in the Universe

"There is no better way to raise awareness for the future of the most beautiful planet in the universe," says André.

"Working to understand our planet is what ESA does every day, and taking part in Earth Hour enables people to join us in this commitment."

Everyone is invited to join Earth Hour in a symbolic switching off of lights as a way to remind all of us to take care of our home planet’s limited resources.

During his six-month PromISSe mission, André is serving as ambassador for the WWF Earth Hour and will use his unique vantage point in space to draw attention to the need to reduce the increasingly large footprint of humankind on our planet.

During the mission, André will film and photograph WWF projects under way at locations such as the Zambezi, Borneo and the North Pole.

The Agency's programmes of Solar System science, Earth science and direct climate monitoring all contribute to the factual knowledge needed for looking after our 'spaceship planet Earth'.

All of these are influenced by humanity's increasing demand for energy. Earth observation data contribute to improving management of renewables as well as providing practical benefits, such as helping to determine where to site solar and wind power plants.

This year, Earth Hour has developed a social-media-based 'I Will If You Will' campaign to inspire people all over the world to adopt urgently needed sustainability practises.

Nathi Mzilenzi, a young secondary-school boy from Swaziland, organised Earth Hour in his town Shimunye (population 5633) in 2010 when he was 15 years old. This year, he will solicit several of Swaziland’s big game parks to issue an 'I Will If You Will' challenge to Thembelisha Preparatory School: if the students clear the main road of litter three times a year, the parks will provide educational tours for the students.

Further information on Earth Hour and contacts for media.