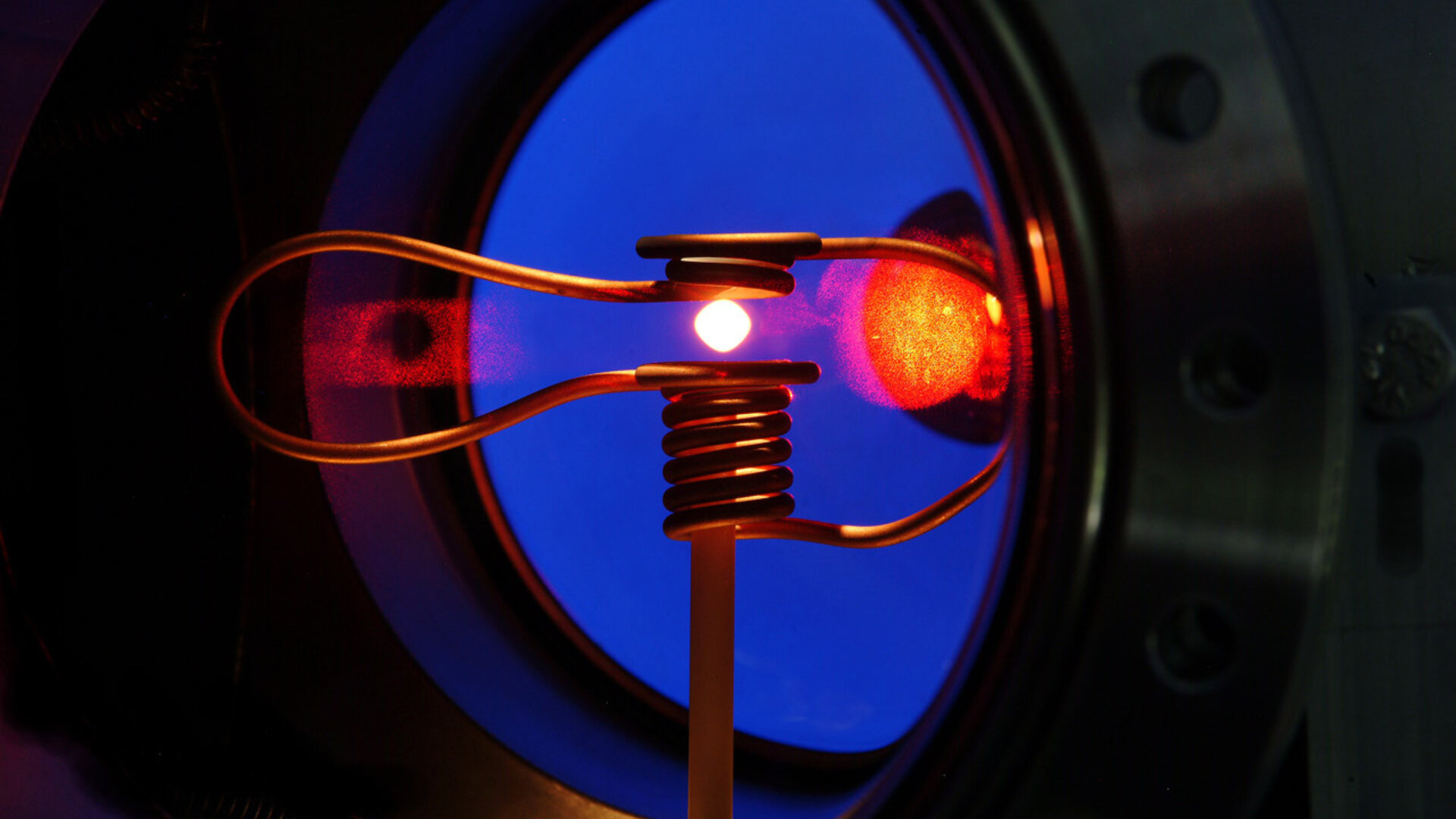 On Earth, a number of gravity-driven phenomena often lead to unwanted effects when processing materials. Buoyancy, convection and sedimentation can have an overwhelming influence on the formation of alloys or compounds. To understand how metals form on multiple scales, European scientists are experimenting in weightlessness.

Thomas used the Electromagnetic Levitator in ESA’s Columbus laboratory. This furnace can heat metals to 2000°C without contact and then let them cool rapidly. Blacksmiths have been using this technique for centuries to create steel tools and weapons by heating, hammering and quenching in water. This process freezes the steel’s structure and causes it to harden and stay sharp.

Understanding the underlying physics is complicated and factors such as gravity and the mould used to hold the metal in place influence the process, making it difficult to get to the fundamentals. Observing liquid metals cooling in weightlessness removes the complexity to reveal the core process of physics. The Electromagnetic Levitator takes it a step further and suspends the metals in mid-air as they melt and solidify.

The metals can be heated in a vacuum or in a gas. A high-speed camera records the rapid process of solidification and sensors record the temperature and other variables. The metals formed are retrieved and returned to Earth for analysis.

Metcomp
Metcomp investigates how weightlessness affects the metallic structure of a nickel–titanium alloy. When particles come into contact with a liquid they can be pushed away or engulfed by the liquid, like a ball floating on the sea. Depending on the size of an incoming wave, the ball could be pushed forwards like a surfer or submerged by the water. On an atomic scale, a similar process occurs with metals as they come into contact with other liquid metals. Understanding this process could lead to more exotic metal alloys or improve existing complex alloys.

This experiment aims to understand the processes for eutectic alloys. Knowledge of these types of alloys will improve the casting process on Earth.

We know our world is made of atoms and molecules, but even with the most powerful microscope we cannot see them moving, meaning our understanding of how molecules interact is based on experimentation and assumptions. The ESA–Roscosmos Plasma Kristall-4 experiment is recreating atomic interactions on a larger scale.

A plasma is an electrically charged (‘ionised’) gas. It is considered to be the fourth state of matter, distinct from gas, liquid and solid matter.

Plasma Kristall-4 will inject microscopic dust particles into a neon and argon tube to act as atom substitutes. As they float in the charged gas, they will collect negative charges as positive ions accumulate around them. As a result, they will start to repulse each other – just like atoms do in a fluid state.

Doing this research on Earth is not possible – the dust particles would fall with gravity and the simulated atoms would not behave realistically.

This experiment is making the atomic scale visible for analysis and will help scientists to understand the interactions of atoms.