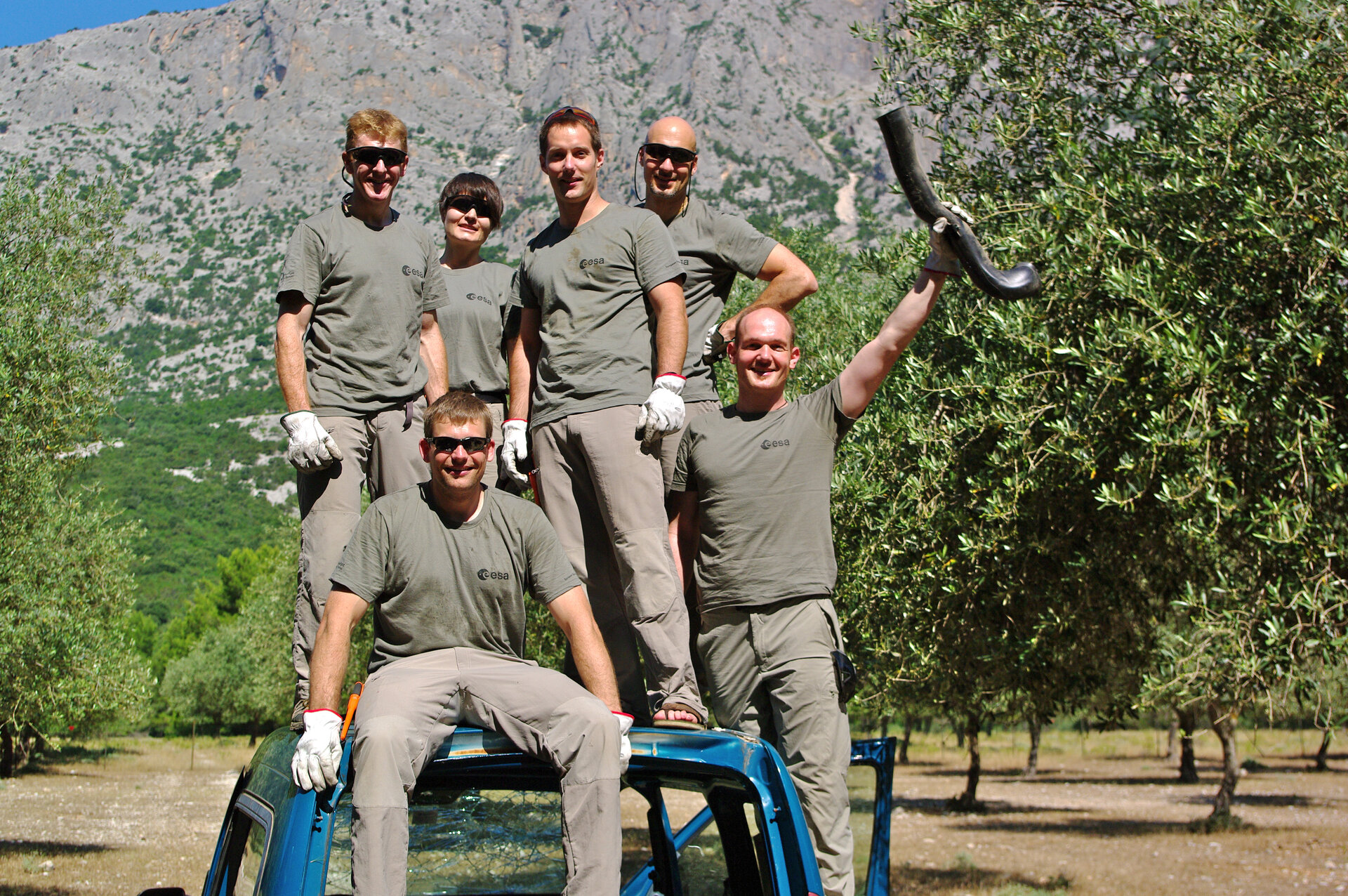 At the end of June, ESA’s six astronaut candidates were thrown out of a helicopter, left to drift at sea and abandoned under the hot Mediterranean sun. Fortunately, their survival training allowed them to cope with the tough situations.

Astronauts have to be prepared for almost everything in space, but also anything on the ground. This could be, for example, an emergency landing in a faraway place. Spacecraft leaving the International Space Station may be forced to come down in the sea, desert, tropical rain forest or on a glacier, in summer or winter.

Before the astronauts can be rescued, they may have to rely only on very basic items and the emergency pack in their Soyuz capsule. Therefore survival training is a vital part of basic training of all astronauts.

"We wanted to give them the basic knowledge of survival in the wilderness," says Loredana Bessone, responsible for the survival training at the European Astronaut Centre in Cologne. "After learning general survival skills, applicable in all weather conditions and in any environment, they will learn vehicle and environment-specific survival skills later during their mission training."

Now that they had learnt the theory, it was time to put it into practice. With assistance from instructors, the Italian police air force, the coast guard, local authorities and the national mountaineering rescue organisation, the astronaut candidates were flown by helicopter to a remote location. They were asked to set up camp, make a fire and find food: fishing, trapping animals, preparing food and cooking with primitive tools.

The future astronauts also stripped an old car for usable tools and spare parts, which they later used to build their shelters, traps and snares, and as fishing aids.

They were introduced to the skills of climbing, descending high cliffs safely, crossing rivers and navigating in the wilderness using nature and the stars to guide them. Survival medicine was also a vital part of training.

After three days, they were given dry clothes and a new mission: to hike to a rendezvous point across canyons, ponds and cliffs, find and treat water, and sleep overnight in an improvised shelter.

Finally, the six recruits were ‘rescued’ by helicopter, but the relief was shortlived. They were forced to jump into the sea, inflate a liferaft and were left to float alone in the Mediterranean until the next morning.

More than a nice day out

"Luckily the weather was nice all the time," said Samantha Cristoforetti. "The daytime temperature wasn’t over 30°C and during the nights it wasn’t colder than about 10°C."

But still the training was far from being a holiday camp: drying clothes after river crossings or swimming in the sea takes time, climbing mountains requires nerves of steel and hunting animals for food is not something for city slickers – even for astronauts.

"We were quite hungry after the first 48 hours," remembers Tim Peake. "Sleeping in those conditions is not easy. Overall, it was hard. But looking back now, it was a great experience."

For the recruits with a military background, survival training was not new. "But in the forces we mostly tried to find ways to be hidden, not to get found," laughs Tim, a survival trainer himself in his previous career in the British Army Air Corps. He has nothing but praise for the local instructors and the support they received.

After ‘surviving’ the survival training, ESA’s astronaut candidates are now on the home stretch before they can be officially called astronauts next autumn, when they will take the final exams.