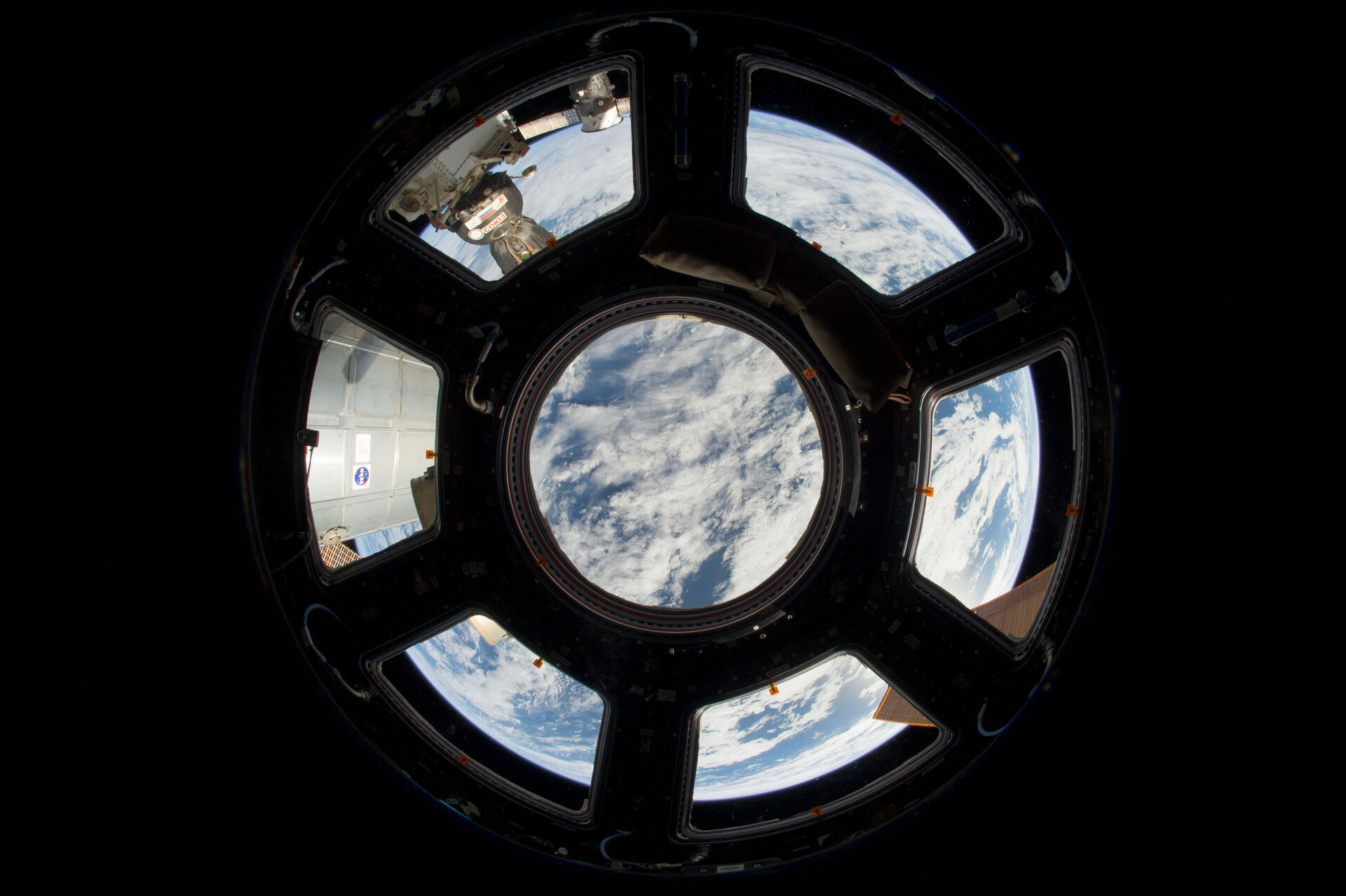 This remarkable image was taken by ESA astronaut Luca Parmitano through the International Space Station’s window onto Earth: Cupola. Luca jokingly posted on Twitter: "Proof that the Earth is indeed round."

Although Cupola is a favoured place for the astronauts to relax and admire our home planet, the huge optical-quality windows provide a vantage platform for serious scientific work: the cameras, equipped with powerful lenses, are always ready for use, and astronauts can react much faster to targeted observation requests from the atmospheric scientists and Earth observation specialists.

The wide view from the seven individual windows also helps astronauts to monitor and survey the technical state of their orbital laboratory, and it is used as a command post for the Station's robotic arm operations, a coordination point during the spacewalks, and an operational centre when berthing incoming cargo spacecraft.

Cupola is one of the Station's "Made in Europe" parts. It was built in Italy and has been a vital part of the International Space Station since February 2010, when lofted to space aboard Space Shuttle Endeavour.

Luca Parmitano is flying on board the Space Station for the Italian Space Agency (ASI) under a bilateral agreement between ASI and NASA. Together with Russian Soyuz commander Fyodor Yurchikhin and NASA astronaut Karen Nyberg, Luca is part of Expedition 36/37.

Luca’s own mission is named ‘Volare’ – ‘to fly’ in Italian – to symbolise the search for new frontiers and opportunities for discovery. Luca will cross a new personal frontier later this week, when he is set to perform his first spacewalk.